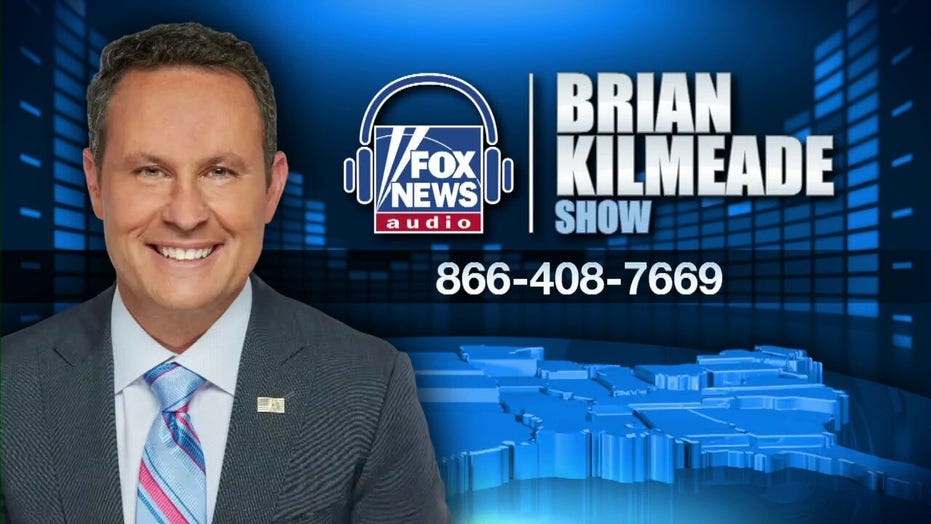 Rep. Lee Zeldin, R-N.Y., doubling down on criticism of Democratic New York Gov. Kathy Hochul’s mask mandate, said he aims to flip the Empire State from blue to red for the first time in two decades come 2022 because “many New Yorkers feel like they can’t afford to survive here.”

Zeldin, speaking to Fox News Digital, criticized Hochul’s “extremely flawed” rollout of a statewide mask mandate, which threatens to impose $1,000 fines on businesses that do not require everyone they welcome indoors to wear masks regardless of their vaccination status.

As Hochul mulls a vaccine mandate for all school-age children, which would require legislative approval, Zeldin said New Yorkers are fed up with the government overreach that’s impacting their quality of life.

“Many New Yorkers feel like they can’t afford to survive here in the state. They feel like their government does not respect their opinions, their desires, their beliefs and freedoms,” Zeldin, a Republican representing New York’s 1st Congressional District on eastern Long Island, told Fox News Digital Tuesday.

Hochul, who took over after the resignation of scandal-plagued Gov. Andrew Cuomo in August, approaches the pandemic with a mandate, fine, threat or firing, Zeldin said. 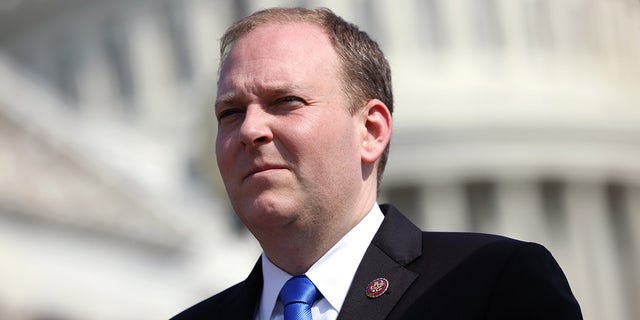 Rep. Lee Zeldin, R-N.Y., attends a press conference on the conflict between Israel and the Palestinians on May 20, 2021, in Washington.
(Kevin Dietsch/Getty Images)

Insisting that “it’s important to not instill additional fear into a populace,” he asserted that science does not support the higher order of mandates seen in New York because though the omicron variant is known to be highly contagious, initial reports indicate cases are milder.

Referencing vaccine mandates for health care workers and first responders, he detailed how “elective procedures were suspended and staff shortages in hospitals increased and people have been put out of work who were until recently held as heroes.”

According to the congressman, Hochul and outgoing New York City Mayor Bill de Blasio have shown the extent they will go in competing “against each other, not just for a June 22 Democratic Party primary, but also seeing who can go further in policies to control the behaviors of New Yorkers.”

“When you’re governor of New York, you have to view New Yorkers as your constituents, as residents, your voters. They’re not your apostles,” Zeldin said, referencing Hochul’s controversial remarks at a Brooklyn church urging congregants to get vaccinated. “You’re elected to serve them, not the other way around.” 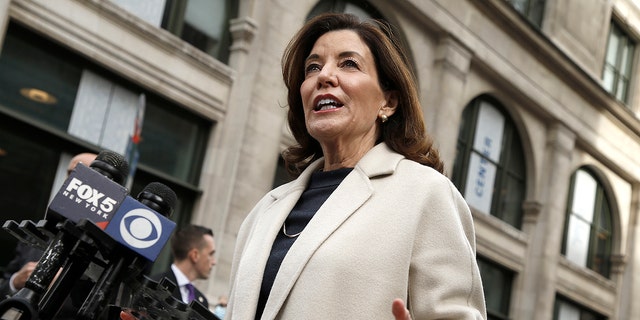 New York has long been a Democratic stronghold – the state hasn’t seen a Republican governor since 2002. But heading momentum from Virginia’s governor-elect Glenn Youngkin’s November victory, Zeldin is more than hopeful, as Republicans also picked up legislative seats in towns across the Empire State last month.

“It’s not that the pendulum is about to swing. It’s actually already swung,” Zeldin said. “We saw that Nov. 2, not just in Virginia, but also in New York.”

Since announcing his gubernatorial run in April, Zeldin said he’s campaigned in all 62 counties of the state, visiting some from at least twice to 12 or 15 times. And Republicans, conservatives or more liberal Democrats seem to be prioritizing the same issues.

“They want to support law enforcement more, not less. They want to repeal cashless bill. They care about the eroding quality of our kids’ education,” Zeldin said. “They want to be involved in our kids’ education. They don’t want to see advanced academics eliminated in the name of equity. They want our kids to have access to a quality education, regardless of socioeconomic status or ethnicity. They feel like their son or daughter should go to school for a quality education without indoctrination or brainwashing.” 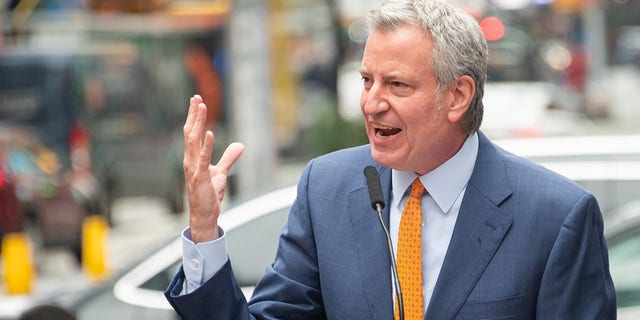 “I do not support a COVID vaccine mandate for kids in order to attend school here,” Zeldin added, referencing the idea flouted by Hochul. “These are issues that are coming up, whether I am in the reddest county in New York or I’m in Flushing, Queens; Sunnyside, Queens; the South Bronx or Bensonhurst, Brooklyn, is coming from, it’s coming from Democratic groups and coming from Republicans.”

Zeldin has not officially secured the Republican ticket yet, though he told Fox News Digital current polling highly suggests he’ll receive endorsements from both the Republican and Conservative parties at separate upcoming conventions in February.

But Zeldin said he’s already received hundreds of endorsements from elected officials, members of Congress, senate, assembly, county executives, sheriffs, Republican and Conservative party leaders and others in support of his gubernatorial run.

That follows an already lengthy political career, as he’s won seven consecutive races in purple New York City suburban districts and took out an incumbent for the state Senate in 2010 who between him and his father represented offices in the area for 30 years. Zeldin also took out an incumbent for the U.S. House in 2014, who was there for six terms over 12 years and has held his ground in that seat since.

In the first three months of his gubernatorial campaign, Zeldin said he raised over $4 million, which was more than all other candidates combined, including Cuomo and Hochul at the time.

“I’m not in this race to finish in second,” Zeldin said when asked about other Republicans vying for the nomination. “I’m giving up my House seat to make the run, so we do not make this decision lightly. We’re all in and our mentality is that losing is not an option.”

Philadelphia DA threatens Trump over president's call for poll watchers: 'I've got something for you'