Nearly half of the $676,000 in taxpayer money being spent on a Republican-ordered investigation into Wisconsin’s 2020 presidential election is earmarked for data analysis, a contract released Wednesday shows.

The Associated Press obtained the contract entered into by Assembly Speaker Robin Vos and former Wisconsin Supreme Court Justice Michael Gableman, who is leading the probe, under the state open records law.

It shows that $325,000 is set aside for a data analysis contractor, indicating that the investigation will likely focus on an examination of ballots and voting machines. It also sets aside $25,000 each for the hiring of five investigators. Gableman is to be paid $55,000 over the life of the contract, which runs from Aug. 1 through the end of the year. 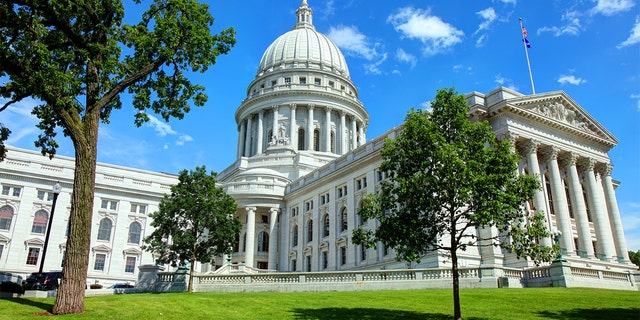 Wisconsin is spending $325,000 on election data analysis for the 2020 presidential election.
(iStock)

The contract calls for using taxpayer money on the probe, not campaign donations or other funds as was done in a widely discredited election audit in Arizona.

Republicans are moving ahead with the investigation in the battleground state President Biden won by just under 21,000 votes over former President Trump. Trump met with Vos last week and encouraged the probe, which also has the backing of other Republicans in the state, including U.S. Sen. Ron Johnson, who is up for reelection next year.

Republicans have questioned numerous aspects of the 2020 election, but produced no evidence of widespread fraud. Biden’s win over Trump has also withstood recounts in Milwaukee and Dane counties and numerous state and federal lawsuits filed by Trump and his supporters. To date, only two people out of 3.3 million votes cast have been charged with election fraud.

Johnson said Sunday that there was “nothing obviously skewed about the results in Wisconsin” while also supporting the investigation. He made his comments to a liberal activist from the web-based program “The Undercurrent” and a member of Democracy Partners, a group aligned with Democrats. She posted their interaction Tuesday on Twitter. It was taped during a conservative event Sunday.

Johnson said in a video posted on Twitter that he did not support focusing on voting machines, as some conservatives have called for. Gableman has said that reviewing voting machines will be one of his priorities for the investigation.

The Gableman investigation is in addition to one underway by the nonpartisan Legislative Audit Bureau. That review was also ordered by Republicans. Both are expected to be done by the fall.

Gov. Tony Evers, a Democrat, on Monday called the $680,000 being spent on the Gableman investigation “outrageous” and a waste of taxpayer money.

How Sanders, AOC and 'The Squad' plan to make Biden the most liberal president ever