Iyanna Dior, a black trans woman who lives in Minnesota, is one of thousands who has been on the receiving end of violent attacks in the wake of the deaths of George Floyd, Breonna Taylor, and Ahmaud Arbery. A disturbing video clip of the attack, which reportedly took place on Monday, June 1, has been circulating online and went viral days after the assault. The attack on Dior follows the fatal police shooting of Tony McDade, a black trans man from Florida, and the stabbing death of Nina Pop, a black trans woman from Missouri. No arrests have been made in either case. Ahead, everything we know about Iyanna Dior, and how you can help.

What happened to Iyanna Dior on June 1?

According to accounts on social media, the beating took place on June 1 after a so-called “fender bender.” The video appears to show Dior, 21, and an unidentified Black man having a disagreement outside of a convenience store before a large group begins beating Dior and yelling transphobic slurs. There are anywhere from 15 to 30 assailants, who are reportedly mostly cisgender males. A crowd around Dior and her attackers forms, with no one stepping in to aide her. Eventually Dior breaks from the crowd of onlookers to duck behind the register while a store employee tries to de-escalate the crowd. The video of the attack is disturbing and may trigger and incite trauma, so it’s not linked or embedded here.

What has Iyanna herself said after the attack?

In the days following the violent attack against Iyanna, she’s taken to her public Facebook page to speak out about the incident. On Tuesday, she posted a video where she assures viewers that she’s “ok” and showed off the swelling on the right side of her face and right arm. Dior said she also had cut lips and was beginning to bruise. She indicated that she had not gone to a hospital or sought medical treatment for her injuries. 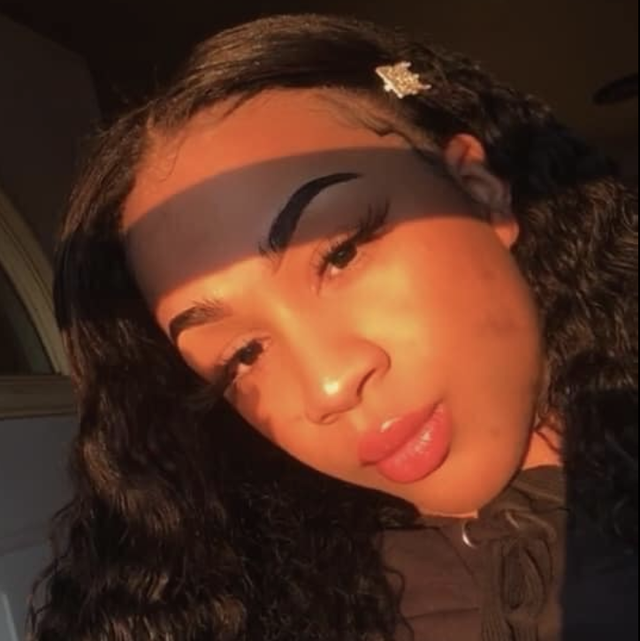 “I don’t even know how I’m gonna deal with this,” she said in the video, before letting viewers know where they can donate to her CashApp. “I Just Need Some Time To Process Everything That’s Going On Thanks To Everyone Reaching Out Making Sure I’m Ok ❤️ Imma Talk Real Soon,” she wrote in an earlier post.

Social media has been flooded with calls for justice regarding the assault.

When video of Dior’s vicious assault began circulating online, many began calling for justice and arrests. But so far, no one has been charged with anything in connection to Dior’s attack. That hasn’t stopped high-profile artists, activists, and organizations from giving Dior’s attack visibility and speaking out about the prevalence of violence in both the transgender and Black communities.

Transgender activist and Pose producer Janet Mock had empowering words for Iyanna on Instagram, writing in part, “Sis, you’re still standing. I praise and uplift you. I’m sending you the strength of your sisters still standing too — and the ones who no longer could. They deserve rest, and we speak their names too. Iyanna, you are a black trans woman. What a gift! Don’t let nobody tell you otherwise.”

Iyanna Dior. Sis, you’re still standing. I praise and uplift you. I’m sending you the strength of your sisters still standing too — and the ones who no longer could. They deserve rest, and we speak their names too. Iyanna, you are a black trans woman. What a gift! Don’t let nobody tell you otherwise. Sis. I’m sorry. I’m so fucking sorry. They didn’t have to come after you. But they did. There’s no fucking excuse for their brutality, their dangerous ignorance, their fragile masculinity. That shit been killing us. To be brutally attacked and called out your name while a crowd of your brothers and siblings look on….I’m so sorry sis. My heart aches for you. But we got you sis. You’re gonna heal. You rest now. Let us carry what you can’t right now. You deserve rest and peace. We’re showing the fuck up. Our fight for black lives will not be in sacrifice of you or our sisters. We must stop centering cisgender heterosexual men and their needs. We will not ignore the violence some of these men enact on you, our sisters’ and our siblings’ lives. If Black lives matter then Black trans lives should matter as well. We are here. We been here. We need our black cisgender siblings to roll up RIGHT NOW. You ain’t no ally. You are family. We are your family. Speak Iyanna Dior’s name — all our names — just as much as we’ve been screaming yours. We love y’all. We show up for y’all. Now show up for us. #blacklivesmatter #iyannadior #girlslikeus UPDATE: Iyanna’s previous CashApp username $NajaBabiie is not working. She’s verified that her updated CashApp is $IyannaDIO (those are uppercase i). I’d also recommend donating funds to grassroots trans orgs: @tgijustice @mpjinstitute @sylviariveralawproject @youthbreakout @translatinacoalition to name a few.

Model and Pose star Indya Moore and The Good Place‘s Jameela Jamil, and Janelle Monáe also voiced their support for Dior. Below, several of the social media responses to Dior’s attack.

One way to aide Dior directly is by sending money to her CashApp account. Dior confirmed the correct CashApp handle on Facebook, which is: $NajaBabiie. (Mock mentioned in her post that the link may not be working, and spotlighted other grassroots trans organizations.) For those looking to help other Black and trans individuals impacted by recent events, here’s where to start:

Winsome Sears trolls The Lincoln Project following historic Virginia win: 'It's a bad day' to be them