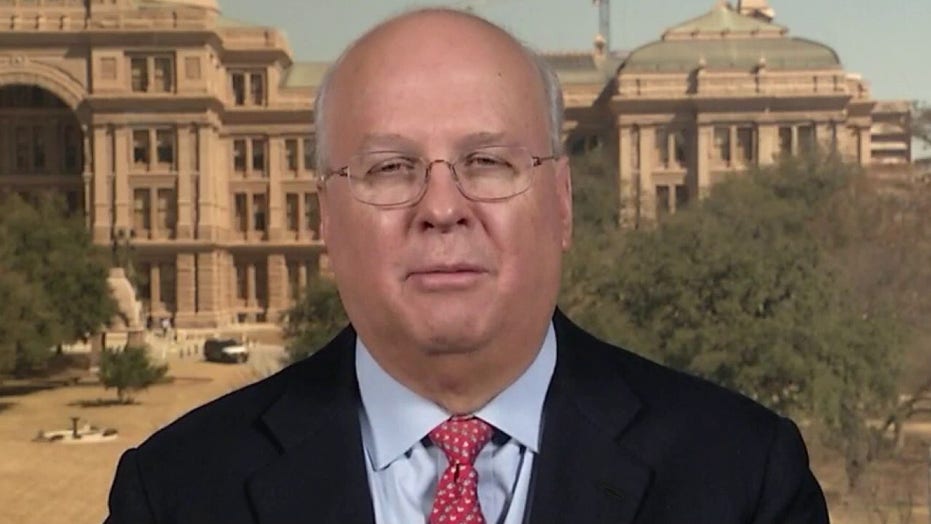 “I think his ratings are likely to be going down more because people are looking at the COVID relief bill and saying, what’s all that pork in there about?” Rove said on an “Outnumbered” panel.

“Maybe it’s that they haven’t heard from them … I think the White House view is if they do hear from the president, it might go down a little bit more.” 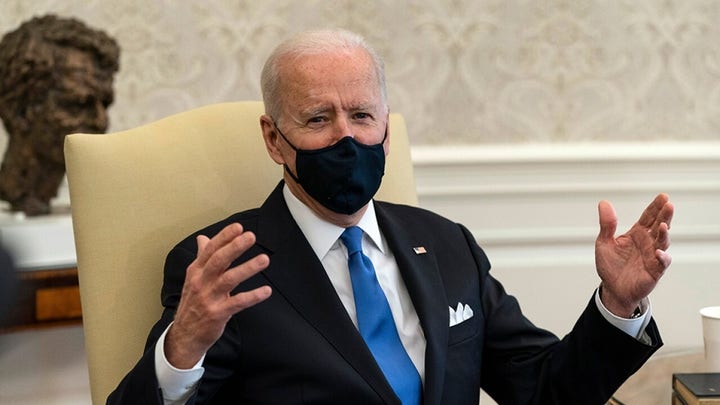 Biden has faced growing criticism for not holding a formal press conference in the six weeks since taking office.

Rove said that the White House is “protecting” Biden from the scrutiny toward his coronavirus relief measure, comparing it to his campaign approach.

“They wisely made a decision that let the focus remain on Donald Trump, hide Joe Biden in the basement in Delaware. And it worked,” Rove said.

“I think they’ve seen since the campaign ended that he’s not good at the end of the day and he’s not really good on his feet,” he added. “And they may be protecting him, hoping to stave off a further decline in his numbers.”

The White House raised eyebrows on Wednesday when it suddenly cut the feed of a virtual event after Biden said he was “happy to take questions” from Democratic lawmakers.

Accompanied by House Speaker Nancy Pelosi, D-Calif. and the House Democratic Caucus, Biden addressed lawmakers on the topics of COVID relief and the ongoing vaccine rollout. He closed his remarks by calling on Democrats to help “restore faith” in government.

“I’d be happy to take questions if that’s what I’m supposed to do, Nance,” Biden told the speaker. “Whatever you want me to do.”

The feed ended seconds later, after a brief pause.

Moment of truth coming for the billion dollar BrainChip