The White House said the Taliban have been “businesslike and professional” in their dealings on allowing Americans to leave Afghanistan, calling the dialogue “cooperative” and casting it as a “positive first step.”

The U.S. government said it facilitated the safe evacuation of American citizens and lawful permanent residents from Afghanistan on Thursday on a chartered Qatar Airways flight that safely landed in Qatar.

The White House National Security Council issued a statement on the evacuation from Hamid Karzai International Airport in Kabul, saying the Taliban was “cooperative” in the effort.

“We have been working intensely across the U.S. government to ensure the accuracy of the manifest and the safe departure and transit of the aircraft, and today’s safe flight is the result of careful and hard diplomacy and engagement.”

“The Taliban have been cooperative in facilitating the departure of American citizens and lawful permanent residents on charter flights from HKIA,” NSC spokeswoman Emily Horne said in a statement.

“They have shown flexibility, and they have been businesslike and professional in our dealings with them in this effort,” Horne noted. “This is a positive first step.” 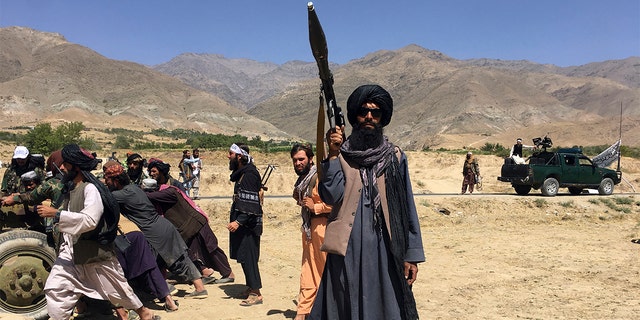 The White House’s comments regarding the Taliban’s professionalism and cooperation comes after the group formally announced the formation of its new government on Tuesday.

The Taliban spokesperson said positions within the government are now in an “acting capacity,” but many members of the old guard are part of the new government.

The government, according to a report by the BBC, will be led by Mullah Mohammad Hassan Akhund, with Taliban co-founder Mullah Abdul Ghani Baradar as deputy. Other appointments include Mullah Yaqoob as acting defense minister and Mullah Abdul Salam Hanafi as a second deputy. 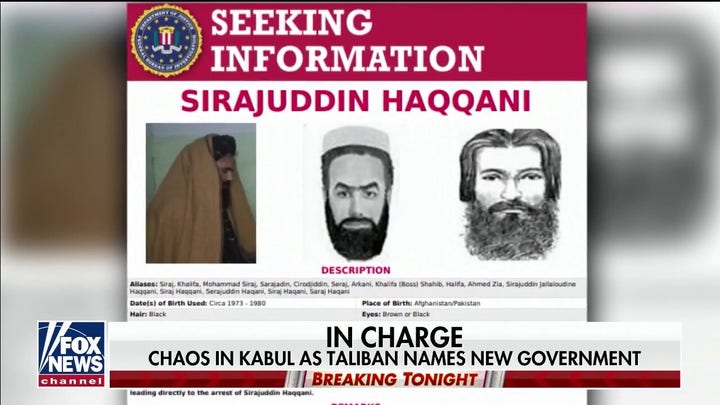 At this point, the Taliban’s acting interior minister is Sirajuddin Haqqani, the head of the Haqqani Network, a designated terror organization and one of the FBI’s most wanted terrorist operatives.

The Office of the Director of National Intelligence describes the network as “a Sunni Islamist militant organization” that is “responsible for some of the highest-profile attacks of the Afghan war.”

“The Haqqanis are considered the most lethal and sophisticated insurgent group targeting U.S., Coalition, and Afghan forces in Afghanistan,” according to the DNI report. “They typically conduct coordinated small-arms assaults coupled with rocket attacks, IEDs, suicide attacks and attacks using bomb-laden vehicles.”

U.S. officials have blamed the Haqqani network for numerous high-profile attacks in Afghanistan, including the 2011 attack on the Kabul International Hotel and a pair of suicide bombings at the Indian Embassy. The group had also attacked the U.S. Embassy in Kabul in 2011 and is blamed for “the largest truck bomb ever built,” a 61,500-pound device intercepted by Afghan security forces in 2013.

Haqqani is also known as the head of the Taliban’s military strategy, and was placed in charge of security in Kabul after the militants seized the city last month. His exact age is unclear, but he is believed to have been born in either Afghanistan or Pakistan between 1973 and 1980, according to the FBI, which placed him on its most wanted list and is offering a $5 million reward.

Since 2008, Sirajuddin Haqqani has been wanted for questioning in connection with a Kabul hotel bombing that killed six people, including one American. He is also suspected of coordinating and taking part in attacks against U.S. and allied forces in Afghanistan and playing a role in the failed assassination attempt of former Afghan President Hamid Karzai.

When pressed by Fox News Thursday on how the White House could describe the Taliban as “businesslike and professional,” press secretary Jen Psaki replied: “We are here to celebrate the return of American citizens who wanted to leave Afghanistan, of legal, permanent residents, of Afghans who fought by our side, to Qatar, successfully on a Qatari airlines flight.”

“In order to get those people out, we had to work with some members of the Taliban to press them and to work in a businesslike manner to get them out,” Psaki maintained.

Earlier this week, however, Psaki noted that there was “no rush” for the Biden administration to recognize the Taliban’s government as the legitimate government of Afghanistan.

“There’s no rush to recognition, and that will be planned dependent on what steps the Taliban takes,” Psaki said. “The world will be watching whether they allow for American citizens, whether they allow individuals to leave who want to, and how they treat women and girls around the country.”

She added: “I don’t have a timeline for you.”

Psaki’s comments come after President Biden, on Monday, said recognition of the Taliban government was “a long way off.”

Meanwhile, the NSC acknowledged that there is “an ongoing terrorist threat” to operations in evacuating Americans and Afghan allies, and said they will “not be sharing details of these efforts before people are safely out of the country.”

Horne said the administration will “continue these efforts to facilitate the safe and orderly travel of American citizens, lawful permanent residents, and Afghans who worked for us and wish to leave Afghanistan.”

“Because there is an ongoing terrorist threat to operations of this nature, we will not be sharing details of these efforts before people are safely out of the country,” Horne said.

Thus far, the Biden administration has brought more than 6,000 American citizens and lawful permanent residents home to the United States under what the White House describes as “Operation Allies Welcome.”

“As President Biden has said, if you are an American citizen who wants to leave Afghanistan, there is no deadline,” Horne added. “We remain committed to get them out if they want to come out.”

Fox News’ Peter Doocy and The Associated Press contributed to this report.

Kilmeade blasts teachers unions for ignoring CDC guidelines: 'They don't like these changes one bit'