Hong Kong (CNN Business)Tencent has pulled the plug on its wildly popular video game PlayerUnknown’s Battlegrounds in China, a likely victim of government restrictions on gaming.

A message posted on the game’s official social media account said the testing period for PlayerUnknown’s Battlegrounds (PUBG) ended on Wednesday.
It gave no further information about PUBG, instead directing users to download Game for Peace, a new multiplayer battle game.

PUBG has been a huge global success for Tencent (TCEHY) — users have spent more than $320 million on the game, according to research firm Sensor Tower. And news of its demise in China caused a frenzy on social media — the hashtag “PUBG is gone” was read more than 550 million times. 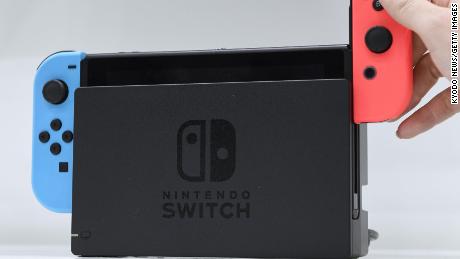 But PUBG has not made Tencent any money in the tech company’s home country and the world’s largest gaming market.

That’s because Tencent hasn’t been able to sell subscriptions or in-game purchases for PUBG and some other popular titles in China for months following a regulatory crackdown by officials.
Chinese regulators said they wanted to control the number of new online games and limit game time for minors. The measures are part of a government effort to reduce nearsightedness in children and adolescents.
Tencent started getting approvals for a few games in January. The decision to pull PUBG suggests that the company failed to get the green light to monetize one of its most valuable titles.
Tencent did not respond to a request for comment. 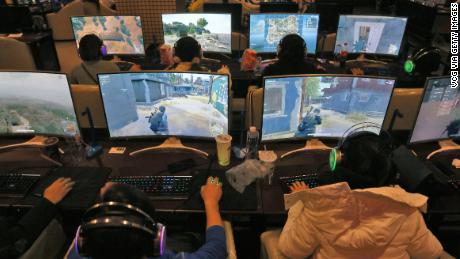 Karen Chan, an analyst with Jefferies, said the “earlier-than-expected launch” of Game for Peace bodes well for Tencent, which received the official go ahead to make money from the new game last month.
Most of PUBG’s Chinese users will likely migrate to Game of Peace, and that should drive mobile game growth later this year, Chan wrote in a note to clients.
Tencent’s stock rose 2% in Hong Kong on Wednesday, outperforming the broader market. Shares in the world’s largest gaming company are up 23% for the year, but still down 19% from an all time high in January 2018.
Its new game is similar to PUBG, but less violent. It’s also “a tribute to the People’s Liberation Army Air Force … set under the backdrop of anti-terrorism military training,” Chan said.
Still, some fans were unhappy about the demise of PUBG, a game where users took on the roles of special operations forces.

“Who wants to be some bullsh** player, I want to be a special op!” one user, who goes by the handle ‘the girl who carries boxes,’ wrote on Chinese social media.
“If you’re gonna change the name, change it to something that sounds good, like what is ‘Game for Peace’?” user Zhang Zhongru wrote.
Source: Read Full Article

Maduro Orders Takeover of Guaido’s Party Ahead of Venezuela Vote

Latest Posts
Big Issue launches urgent Christmas Appeal as sales struggle
Facebook now lets you play proper games – WITHOUT downloading any apps
Trump stumping in Pennsylvania in presidential campaign's final week
Oxford-AstraZeneca coronavirus vaccine triggers immune response among adults
Apple Developing Smaller AirPods Pro, Revamped Entry-Level Model
Recent Posts
This website uses cookies to improve your user experience and to provide you with advertisements that are relevant to your interests. By continuing to browse the site you are agreeing to our use of cookies.Ok