Warren Buffett, the legendary investor known for his no-nonsense approach to putting his money into stocks and businesses, has some high praise for what is arguably the most-iconic of all Bay Area companies, Apple.

On Monday, Buffett, the chief executive of Berkshire Hathaway, called Apple "probably the best business I know in the world," and said the iPhone maker is the third-largest holding in his Berkshire investment portfolio. In an interview on CNBC, Buffett said he "should have appreciated it earlier" and bought stock in Apple years before he began investing in the company. 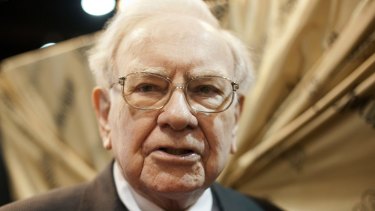 Billionaire Warren Buffett wishes he got into Apple earlier.Credit:Bloomberg

"I don't think of Apple as a stock," Buffett said. "I think of it as our third business."

Just how big of a business is Apple for Berkshire Hathaway?

In Buffett's annual letter to Berkshire shareholders that he released on Saturday, Buffett said that at the end of 2019, Berkshire owned 5.7 per cent of Apple's outstanding shares, or 245 million shares of stock, worth almost $US72 billion ($109 billion). The only larger holdings for Berkshire are its insurance businesses, which include Geico Auto Insurance, and its ownership of the BNSF railroad.

Buffett emphasised his enthusiasm for Apple by also saying he has finally ditched his $US20 flip phone, and is now using an iPhone 11. Buffett said he made the move after being given several iPhones over the years, including some that came directly from Apple CEO Tim Cook.

But, Buffett was also quick to say that he remains pretty old-fashioned when it comes to his iPhone usage.

"I use it as a phone," Buffett said. "You're looking at an 89-year old guy who's barely beginning to get with it."

Buffett also acknowledged the coronavirus outbreak that has gripped global markets, saying that while it was "scary stuff", he would not be selling any stocks.

"I don't think it should affect what you do in stocks."

Markets worldwide fell on Monday on concern about how the Covid-19 coronavirus outbreak, which began in China and has spread to countries including Italy, South Korea and Iran, could disrupt supply chains and slow global economic growth. 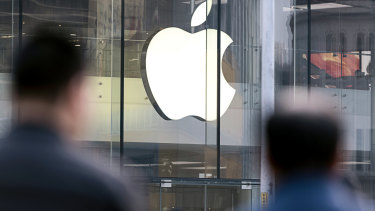 Buffett, however, said long-term investors should not get caught up in daily headlines, and that Berkshire would "certainly be more inclined" to buy stocks than on Friday.

"If you look at the present situation," he said, "you get more for your money in stocks than bonds."

He said this was true though the US economy, while sill strong, had become "a little softer" than it was six months ago.

Buffett said Berkshire over the long term is unlikely to be in the top 15 per cent or bottom 30 per cent of stocks, but will outperform in down markets.

Any long-term outperformance "will be minor, but it will be done in a very, very safe manner," he said.

Social media was a lifeline for Indians as COVID-19 overwhelmed hospitals. But the government wants to censor it.

‘You better be in the right headspace or really bad things are going to happen': Shannon Miller on Simone Biles's exit