The first two months of 2020 have seen a flurry of activity as West Australian-based medical cannabis companies hunt for cash to grow their businesses to meet booming patient demand.

February will see two the public listing of two Perth medical cannabis companies, while a third startup has gone down the crowdfunding route to fund its African grow operation and the development of new medicines. 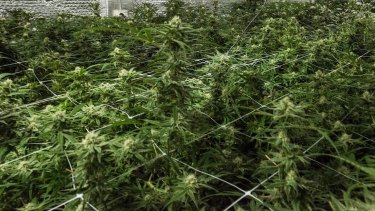 Emerald Clinics, which has established four medical cannabis access clinics across the country, floated on the ASX on February 12 after raising $6 million through its initial public offering.

WA-based Little Green Pharma was the first Australian company to produce medical cannabis from its own plants and will list on the ASX on Thursday after raising $10 million in an oversubscribed IPO.

Perth-based TetraMed is using crowdfunding campaign site OnMarket to raise $3 million, with a minimum buy-in set at $420. Currently, it has raised $360,000.

The company plans to publicly list later this year.

Unlike Little Green Pharma, which grows its cannabis in WA’s South West, TetraMed plans to source its product from the small African nation of Lesotho, where it has already begun construction on a grow facility.

A landlocked nation in the middle of South Africa may not seem like the first destination to grow medical-grade cannabis but TetraMed chief executive Vince Falbo said it was actually the only nation in Africa so far that met stringent international controls and requirements for pharmaceuticals.

Like many emerging medical cannabis companies, TetraMed’s goal is to create the entire supply chain from plant to medicine, but Mr Falbo said he wasn’t worried about market saturation given increasing global demand for quality Australian medicines.

“Everybody looks to Canada but Canada has been focusing a great deal on what is considered the recreational market, the vapes, the oils,” he said.

“That doesn’t interest us. We’re focusing on the medicinal side because we see that’s where the opportunity is.” 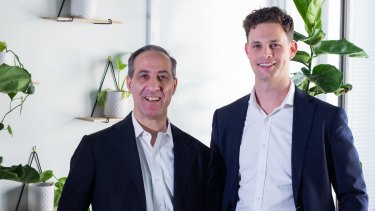 Little Green Pharma is also confident in increased demand, with commissioning imminent for expanded WA growing facilities that will see its production capacity jump from nearly 15,000 bottles of medicine per year to 110,000.

Managing director and founder Fleta Solomon is also optimistic about European markets like Germany and the UK that require stringent levels of pharmaceutical manufacturing.

She said her company’s IPO would allow them to deliver their vision to supply Australian cannabis medicines to the rest of the world.

“Having economies of scale also allows you to bring down the price of the product for our patients,” she said.

As of the end of January, the Therapeutic Goods Administration has approved more than 31,000 applications for medicinal cannabis products.

The Senate Community Affairs References Committee is due to table a report into the barriers to access medical cannabis next week.

In November, the state government brought WA into line with the rest of the country by allowing GPs to prescribe medical cannabis to patients without specialist approvals

GP and Emerald Clinics executive director Dr Alistair Vickery said this removed a big barrier but many remained, including the prohibitive cost of the medicine.

He said a lack of definitive research on the impacts of medical cannabis also fuelled trepidation to prescribe the drug among the medical community.

Emerald Clinics itself is currently conducting trials of the medicine and Dr Vickery predicted once more evidence came out it would be more widely used.