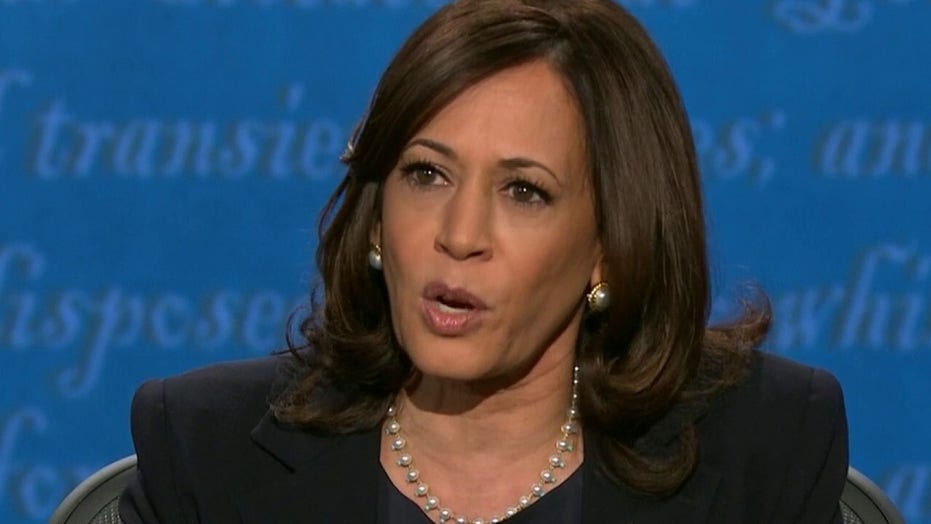 Democratic vice presidential nominee Kamala Harris and Vice President Mike Pence didn't waste any time trading fire over President Trump's handling of the coronavirus pandemic as they faced off Wednesday in their first and only debate during the general election.

Pointing to a national death toll from the virus that's surpassed 210,000 — with more than 7.5 million confirmed cases — the Democratic senator from California charged that "the American people have witnessed what is the greatest failure of any presidential administration in the history of our country."

Over the past seven months, Democratic presidential nominee Joe Biden has repeatedly criticized the president – charging Trump initially downplayed the severity of the outbreak – and claiming he botched the federal government’s response. 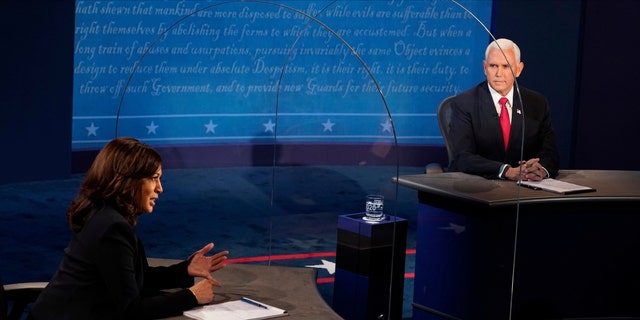 She argued that "this administration has forfeited their right to re-election based on this" and argued that "they still don’t have a plan and Joe Biden does."

Pence, defending the administration, emphasized that "from the very first day, President Donald Trump’s has put the health of the American people first."

Touting the president's curtailing of nearly all airline flights incoming from China, where the pandemic originated, Pence said "that decision along by President Trump bought us invaluable time to stand up the greatest national mobilization since World War Two and I believe it saved hundreds of thousands of American lives." 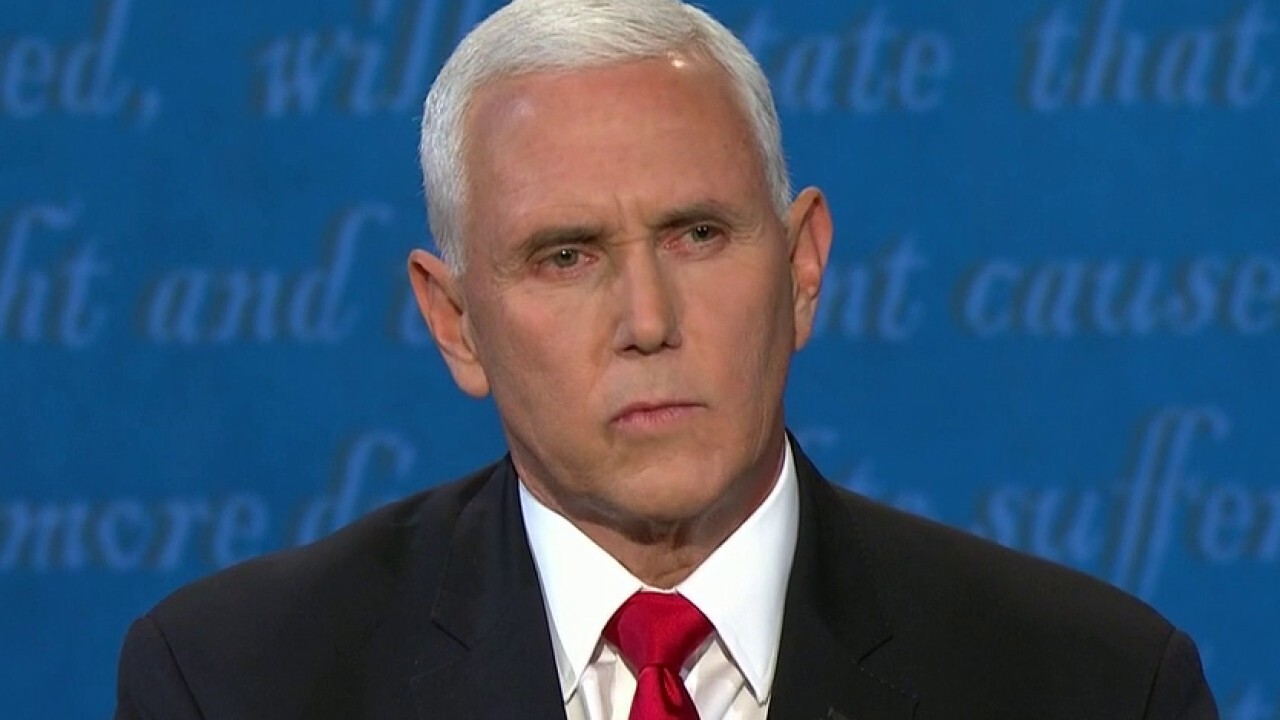 The vice president, who leads the White House coronavirus task force, also took aim at Biden's coronavirus plan, saying "it reads an awful lot like what President Trump and I and our task force has been doing every step of the way."

"It looks a little bit like plagiarism, which is something Joe Biden knows a little bit about," Pence added, referring to the infamous Biden plagiarism controversy from his first White House run in 1988.

Harris shot back, saying "whatever the vice president's claiming the administration has done, clearly it hasn't worked When you're looking at over 210,00 dead bodies in our country, American lives that have been lost, families that are grieving that loss."

Responding, Pence said "there's not a day gone by that I haven't thought of every American family that's lost a loved one."

The debate – the first since the president contracted COVID-19 – comes as Trump’s sidelined from the campaign, huddling in the White House after being hospitalized for three days at Walter Reed National Military Medical Center as he recovers from the coronavirus.

Harris and Pence sat at desks on the stage – separated not only by 12 feet but also by plexiglass – to try to minimize any potential airborne transmission of the virus. Pence and his team initially objected to the barriers, but relented hours before the debate.

Pence, defending the president's decision not to push for a national mask mandate, said "President Trump and I trust the American people to make choices in the best interests of their health and Joe Biden and Kamala Harris consistently talk about mandates."

Harris, firing back, said "you respect the American people when you tell them the truth."

And she charged the adminstration was standing on information and "was unwilling to speak the truth to the American people." 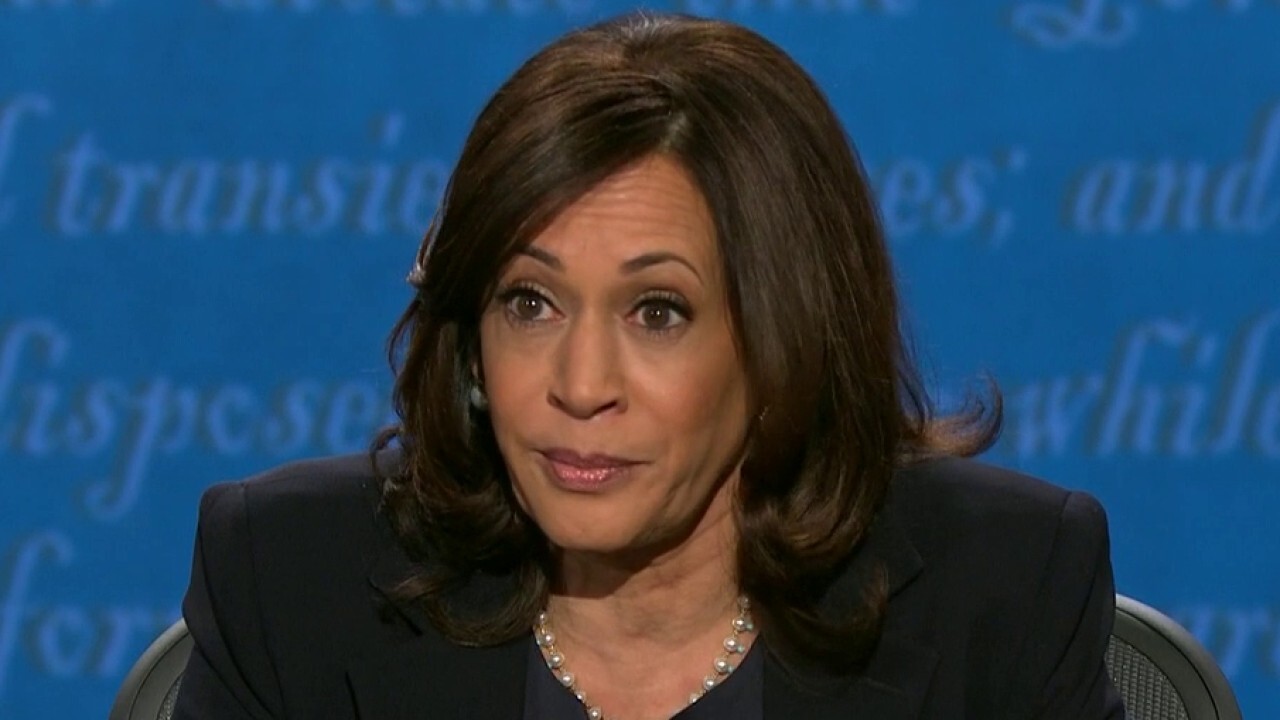 Hours before the two candidates faced off at the University of Utah, a new Fox News national poll indicated Biden widening his advantage over the president. The survey – conducted after last week’s combative presidential debate – which appeared to do Trump no favors – and after the president was hospitalized – indicated Biden leading by 10 points, up from a 5-point advantage last month.

New polling in some of the crucial battleground states also pointed to a post-debate bounce for the former vice president.

Trump complimented his niece's breasts, calling her 'stacked' in front of his then-wife Marla Maples, according to Mary Trump's book

Latest Posts
Lisa Murkowski will vote to confirm Amy Coney Barrett to the Supreme Court
Fast-food giants like Chipotle and Dunkin' are doubling down on TikTok. Here are the top 7 brands winning over Gen Z customers
Minnesota mail-in voting, early turnout shattering records
America's massive unpaid rent problem could have been avoided if every unemployed person received federal UI benefits and $1,200 stimulus, study says
Cries for more stimulus are overblown and stock investors should stop throwing ‘tantrums’ about it, says a Wall Street chief strategist
Recent Posts
This website uses cookies to improve your user experience and to provide you with advertisements that are relevant to your interests. By continuing to browse the site you are agreeing to our use of cookies.Ok