A top executive at IGA supermarket supplier Metcash has joined calls to ease Victoria's restrictions on supermarket supply chains, warning it will be very difficult for stores to keep up with the Christmas shopping rush.

Scott Marshall, Metcash's chief executive of food and the head of the company's supermarkets division, told The Age and The Sydney Morning Herald supply chains were currently only just holding on and could crumble once demand strikes up in the Christmas months. 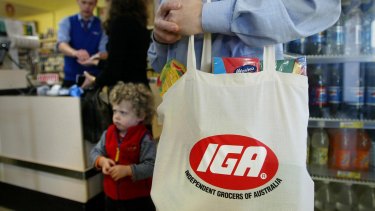 Metcash supplies the 1600 IGA stores across the country.Credit:Craig Sillitoe

"There’s no doubt that supply is challenged and has been for the past six months now. It’s hard to catch up, let alone to get in front, but we have managed until now with the current restrictions," he said.

"We are doing everything possible to work with the government and exceed the requirements for safety of our teams and the community, but we need to move quickly to get back to full capacity," he said.

"We will continue to do everything we can to ensure adequate supply for our grocery retailers and the community as we head into peak season."

The chief executive's comments echo those made by Woolworths boss Brad Banducci earlier this week. Mr Banducci warned the state government if supply chains were not operating at 100 per cent capacity over the coming months, individual stores could start to see stock shortages.

Supermarkets are currently limited to operating at two-thirds capacity across their supply chain workforce in Victoria, which has placed strain on supply chains and prompted the concerns about Christmas food supply.

Fred Harrison, who operates 50 independent IGA supermarkets in Victoria, said on Thursday that supply chains were "fraying at the edges" and Victorians could struggle to get their hands on Christmas hams this year.

At Friday's press conference, Premier Daniel Andrews said the state government was currently in "detailed discussion" with the major supermarkets over what Christmas, the busiest period of the year, would look like in the state. 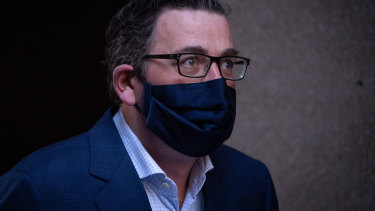 "Some restrictions we have with warehousing at the moment is a challenge. That is what the industry tells us. We continue to work with them to try and refine those," he said.

"I'm confident we will find a ballpark that sees everything we need on the shelves whilst also making sure that those warehouse settings particularly, which have been high risk, are as safe as they possibly can be."

Minister for Industry Support and Recovery Martin Pakula said the government would hold discussions with major supermarkets on Friday in order to hear their concerns.

How Apple grew into the most valuable company on earth