The British government introduced legislation on Tuesday that would usher in a sweeping crackdown on illegal immigration – with new penalties for those who enter the country illegally and permission for the government to keep migrants in offshore detention centers.

“If you illegally enter the U.K. via a safe country in which you could have claimed asylum, you are not seeking refuge from imminent peril – as is the intended purpose of the system – but are choosing the U.K. as a preferred destination over others,” Home Secretary Priti Patel wrote in The Daily Mail.

The Nationality and Borders Bill, which has a high chance of passage given the governing Conservative Party’s dominant majority in the House of Commons, saw its first reading in the chamber on Tuesday. The bill will create a new criminal offense for “knowingly” entering the country illegally as part of a number of measures to prevent illegal immigration.

Illegal entry will also hurt a migrant’s asylum application, and such migrants will receive only a temporary protected status rather than a right to settle, and will be subjected to regular review of their status.

Patel also pledged to limit deportation appeals. “It is sickening that so many people who have no right to be here are able to play the system and stop us removing them,” she said.

“We will prevent these dangerous journeys to the U.K. by breaking the business model of the criminal gangs,” Patel wrote. “Profiteering from illegal migration to Britain will no longer be worth the risk, with new maximum life sentences for people smugglers.” 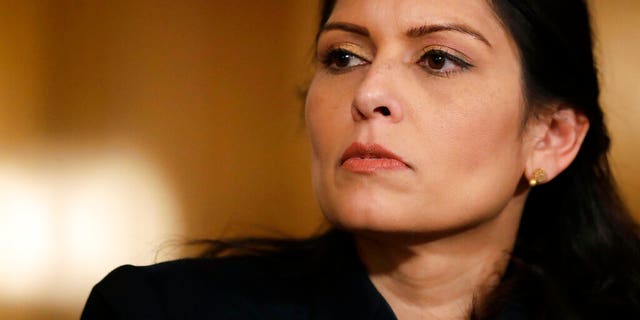 The Home Office says it will also speed up removals of failed asylum seekers and better integrate refugees who are resettled.

The bill also includes provisions to build offshore migrant processing centers, similar to plans currently in place in countries like Denmark and Australia. The Times of London reported that U.K. officials have been in touch with their Danish counterparts, including about the “potential” to share facilities. The Danes are believed to be sending asylum seekers to Rwanda, the Times reported.

The bill represents one of the most aggressive moves by the Tory government to deliver on its promise to voters to crack down on illegal immigration and asylum fraud – part of a package of promises that helped deliver the 2019 general election and other victories by appealing to traditionally Labour-held working-class areas on issues like Brexit, crime and immigration.

The government had engaged in a number of rounds of talks with France on the question of asylum cooperation. Migrants have regularly arrived in either small boats or hidden away in trucks and vehicles traveling over from the port of Calais into the U.K. via the tunnel or the ferry system.

However, despite talks, migrants have kept coming. The Times reported that more than 300 migrants arrived in the U.K. in the last weekend of June, and approximately 6,000 have arrived this year overall.

The plan has seen strong criticism by those on both sides of the issue amid questions about whether it can survive legal scrutiny. Former U.K. Independence Party leader Nigel Farage, who led the fight for Brexit and has called for lower immigration levels, called Patel’s plans for tougher penalties “almost meaningless.”

“Not only does Britain not have enough prison spaces for thousands of new offenders every month, but this country’s continued acceptance of the European Convention on Human Rights guarantees there would be endless legal challenges,” Farage wrote in The Daily Telegraph. “Even if Patel’s plan did work, many hard-pressed taxpayers will wonder why they should pay for foreigners to occupy Britain’s notoriously expensive prison cells.”

Meanwhile, the Labour Party slammed the plan as evidence of a lack of compassion and competence.

“These plans are unconscionable – and an attempt to create a smokescreen to distract from the fact ministers have failed to reopen safe and legal routes, failed to reach an effective agreement with France to deal with criminal gangs, and failed to introduce effective border measures to stop the Delta Variant getting a foothold in this country,” Shadow Home Secretary Nick Thomas-Symonds said in a statement.

Britain’s crackdown on illegal migration and the moves to turn away or keep migrants in centers out of the country is a stark contrast to what is currently going on in the U.S.

President Biden has unraveled a number of border protections established during the Trump administration, most notably the Migrant Protection Protocols (MPP), which kept migrants in Mexico while they awaited their hearings.

His administration also ended asylum cooperative agreements with Northern Triangle countries that made migrants claim asylum in countries they arrived in before traveling to the U.S.

While some techies flee Silicon Valley, this Waymo engineer is doubling down and running for office