Fox News’ Tucker Carlson made a special appearance on the Ruthless podcast and became the celebrity contestant in the game show “Dem or Journo.”

On Friday’s 75th installment of the “variety progrum,” Carlson faced off against Ruthless co-hosts Comfortably Smug and Josh Holmes in the recurring game involving them having to decipher which of the four statements read by game show announcer Michael Duncan was said by a Democratic operative versus members of the media.

The four statements were based on reactions that came from this week’s Biden-Putin summit.

Statement #1: “President Biden was firm. He said there would be grave consequences if Russia meddled in our elections.”

Statement #2: “The President made it extremely clear today he is under no illusions. This is not about trusting Vladimir Putin. President Biden says this is about verifying and then trusting.”

Statement #4: “The adults are back in charge.”

“Oh God,” Carlson reacted to the fourth statement with a chuckle. “So I know that that can’t be from a Democratic operative or officeholder because even they have more self-respect.”

The “Tucker Carlson Tonight” host then explained his thought process in figuring out which statement came from a Democrat versus a journalist.

“So the first one that… I’m going to have to believe that no, no one who works for Biden could take him seriously enough to say something like that,” Carlson said. “[Two and three] pivot against each other. In other words, one of them came from a spokesman, the other was regurgitated by one of the shills in the media. So I’m going to think the least wordy- and let me just note on the outset that all of them are identically repulsive. So, it’s kind of a shell game”

“But I would say number three is crisper. And so that is most likely from some kind of Democratic official,” Carlson concluded.

Smug began by declaring all four statements “very embarrassing,” calling it the “hardest crop” to chose from in the history of “Dem or Journo.” So he said that he “coin-flipped this” and chose Statement #2 as a complete guess but later added that it “feels like cleanup” from the Biden administration.

“It wasn’t clear that he did anything productive at the G-7 much less with Vladimir Putin,” Holmes said. So if you’re saying it’s ‘extremely clear’ – if that’s a journo, this is a different level.”

“You know what? That’s very smart. I totally agree with that,” Carlson reacted. “I’d like to change my answer. That’s how impressionable I am.”

“We’re all on two!” Smug exclaimed. 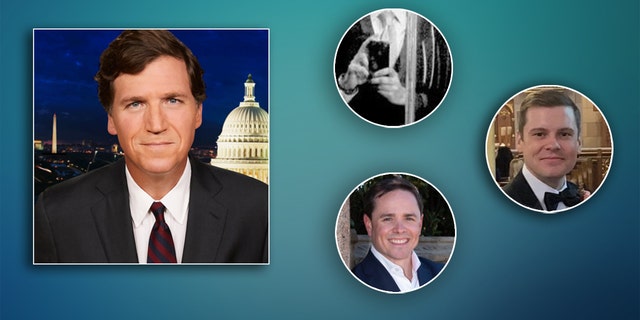 Duncan then announced who exactly was the Democratic operative, revealing the others as journalists.

“Tucker, you were right the first time. It’s number three,” Duncan said, shocking the three contestants.  “You should’ve went with your instinct!”

Duncan revealed that the third statement was made by White House Communications Director Kate Beddingfield.

“She’s just like a BLM activist who’s got a gig at PBS,” Carlson said of Alcindor. “Cillizza, who I’ve known for a long time- probably a nice guy actually… And I’m totally opposed to gun control, but I don’t think you should hand loaded weapons to children because they’re not ready for it. And every time I see Cillizza, I’m like, ‘He should not have a job where his opinions get broadcast to other people at all.’”