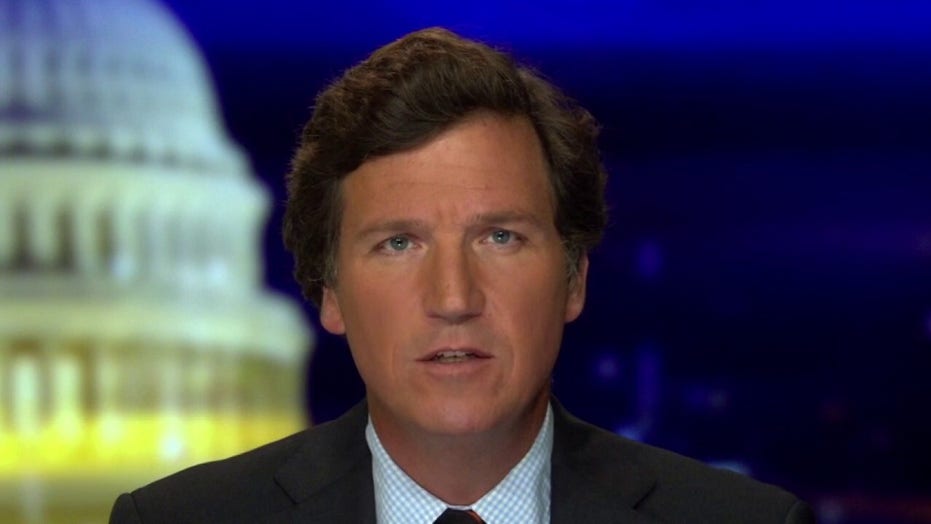 Tucker: How ‘defund the police’ movement backfired on Democrats

Editor's Note: This article is adapted from Tucker Carlson's opening commentary on the Nov. 10, 2020 edition of "Tucker Carlson Tonight."

At some point, it's worth pausing, turning off the headlines for a moment, and framing what we're seeing in order to understand it. What you're watching right now is not simply a battle between two political parties or even two opposing worldviews. It is deeper than that.

If you want to understand what's really going on, we're going to isolate just one slogan that kind of decodes it all. The slogan is "Defund the police."

You probably haven't heard that slogan in a while. In the weeks before the election, no elected Democrat would say those words in public. But in a lot of ways, "Defund the police" defined this year in American politics. For months, it was the central demand of the American left, and there was never any question about what defunding the police would mean. "Defund the police" meant defund the police, cut off their salaries, get rid of them.

But what was the point of getting rid of the police? That's the real question, and it's a baffling one. In conventional politics, the goal is always to improve the lives of your voters. Give people something they want, and in return, they will vote for you. That's the exchange.

But who exactly wanted to defund the police? Was there a constituency whose life was going to be improved by abolishing law enforcement? Was there evidence that anyone's life would be improved? No, there wasn't. No academic study or white paper from some think tank in Washington ever suggested that defunding the police would help anyone. In fact, dozens of studies over decades proved exactly the opposite, that it would make things much worse. That makes sense. How would dangerous neighborhoods become safer once there was no one around to stop crime and violence?

If you thought about it for 15 seconds, you would know that defunding the police inevitably would wind up killing people, literally. Americans would die if you defunded the police. They knew that, but they did it anyway. We've never seen anything like that happen here. We've had a lot of bad ideas in America over the years, but most of them hurt people by accident. That is not what is happening here. The left called for defunding the police, knowing full well what would happen next. Chaos was the whole point of it: More rape, more robbery, more murder. Those weren't unfortunate byproducts of a noble idea. Those were the intended consequences.

The people behind defunding the police tried to destroy society itself. That's not politics. Tearing down civilization isn't a political position. It's something much, much darker than that. It's a kind of spiritual battle. That sounds like overstatement, but it's not. We should understand the stakes here, but for a long time we did not.

In fact, when the "Defund the police" movement started this summer, few knew what was going on. As with so many faddish hysterias that sweep our culture, most people just went along with it. They were afraid not to. So when Black Lives Matter (BLM) vandals painted "Defund the police" on a major thoroughfare in Washington, the incompetents who run that city let it stand for months. They were proud of it, and they said so. Gadflies like Sandy Cortez from Westchester went on television to explain that defunding the police was cool and would make American cities look like a suburb, just like the one she grew up in.

The reality, of course, was very different. America's cities did not become suburbs as the summer ground on. In fact, our cities burned. The elderly were beaten and killed by thugs. Crime skyrocketed in every metro area in the country. Things fell apart, as they were always going to.

No normal person in either party could support this. So the architects of "Defund the police" did what they could to silence all discussion of the topic.

By August, shootings in New York City had increased by more than 80% over the year before. There is no precedent for that. Defunding the police was killing Americans in huge numbers. And yet, remarkably, the very people who claim so loudly to care about gun violence decided not to notice what was happening. They never mentioned it. By September, when virtually every person who could afford it had fled the cities in fear of disorder and chaos, Kamala Harris was still repeating the same BLM-approved talking points, still attacking the police. Here she is in a tape she certainly wishes didn't exist.

HARRIS, IN SEPTEMBER: Black Lives Matter has been the most significant agent for change within the criminal justice system because it has been a counterforce to the force within the system that is so grounded in … status quo and in its own traditions, many of which have been harmful and have been been discriminatory in the way they've been enforced.

If Republicans have been smart, that would have been a political ad last month. Black Lives Matter had only one demand of the justice system, and they shouted it over and over again into bullhorns in our streets: "Defund the police! Defund the police!" In many places, the authorities did just that. And you know what happened next.

In Minneapolis, which was the first city in America to embrace this lunacy, more than 100 cops are now leaving the force. Crime has become so bad in Minneapolis that the very politicians who once demanded that we defund the police are now begging for more police. City officials are now considering bringing in officers from other jurisdictions to restore order and keep citizens from being killed. Violent crime there is up 22% over last year. How'd that happen? You know how it happened and voters do to.

Thankfully, this has been a disaster for the Democratic Party. Who is for defunding the police? Well, pretty much no one. It turns out crime and chaos scare the hell out of homeowners, taxpayers, job holders, anyone with children or pets or cars or furniture or any expectation of life beyond this afternoon. Everyone knows that polls show that Hispanic voters really hate the idea, and it's one of the main reasons so many voted Republican last week.

REP. JAMES CLYBURN, D-S.C., SPEAKING NOV. 8 ON NBC'S 'MEET THE PRESS': Jamie Harrison started to plateau when 'Defund the police' showed up [in] a caption on TV right across his head. That stuff hurt Jamie and that's why I spoke out against it a long time ago. I've always said that these headlines can kill a political effort.

So it's unlikely we'll be hearing a lot more about defunding the police. In fact, no one will ever again use that slogan. At some point, it'll be like it never happened. But it did happen and it had massive consequences for all of us. You should remember it.