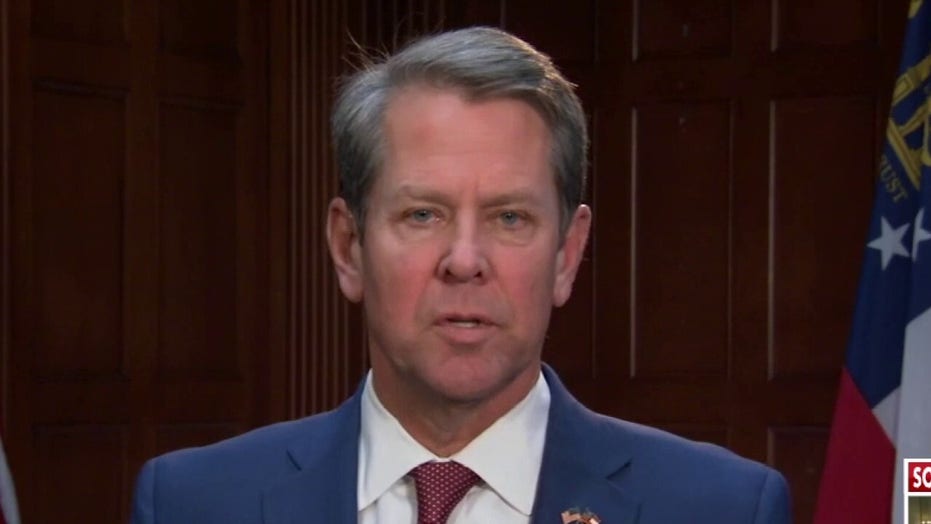 The story isn’t based on anonymous sources, turncoat accusers, or bitter ex-aides. It isn’t a hyper-partisan attack by Democrats or an unfair indictment by media detractors.

President Trump’s own words, in an hour-long call meant to pressure Georgia’s Republican secretary of state into reversing the election results, are damning enough.

When the Washington Post first posted five minutes of excerpts from the call to Brad Raffersperger, some Trump defenders online accused the paper of selective editing. But the Post soon released the entire audio, which contained other damaging quotes. 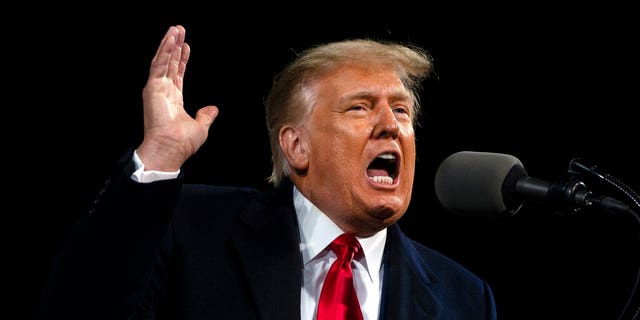 Let me pause here to acknowledge that much of the country doesn’t trust the media, and that Trump has the right to legally press his case. As dozens of federal and state judges have rejected his lawsuits, along with two failed Supreme Court appeals, his side’s refrain has been that the evidence hasn’t been "heard" – but the lack of evidence has actually been rejected on both substantive and procedural grounds.

In states such as Georgia, Pennsylvania and Wisconsin, there have been numerous recounts and audits that have not changed the Joe Biden victories there. The president has gone a step further, pressing Republican state lawmakers to invalidate the results in key states. And in a groundswell initially underestimated by the media, Trump’s Republican allies in Congress plan to reject the Electoral College results tomorrow, an effort that is destined to fail.

It was against that backdrop that the president called a top Georgia official the day after New Year’s. For those who remain skeptical of the press accounts, listen to the full audio, read the transcript, and make up your own minds.

Raffensperger, who stood his ground, has said he leaked the tape of the call only after Trump mischaracterized their conversation in a Sunday tweet: "He was unwilling, or unable, to answer questions such as the ‘ballots under table’ scam, ballot destruction, out of state ‘voters’, dead voters, and more. He has no clue!"

There are many quotes that capture the way Trump pressured, cajoled and at times pleaded with Raffensperger to do his bidding, but none more clearly than this:

And he warned Raffensperger – at one point putting him on notice – that if he didn’t "find" thousands of Fulton County ballots said without evidence to have been destroyed, the secretary would be legally liable.

"That’s a criminal offense," Trump said. "And you can’t let that happen. That’s a big risk to you and to Ryan, your lawyer."

If that isn’t a threat, it’s a pretty good imitation.

At other points he scolded the Republican official as a "child" and "either dishonest or incompetent."

Along the way, Trump claimed he won Georgia by "hundreds of thousands of votes," that this was demonstrated by his rallies, and cited what the president himself called a "rumor" about shredded ballots in Fulton County.

From the Post: "He floated a barrage of assertions that have been investigated and disproved: that thousands of dead people voted; that an Atlanta election worker scanned 18,000 forged ballots three times each and ‘100 percent’ were for Biden; that thousands more voters living out of state came back to Georgia illegally just to vote in the election.

Raffensberger and his attorney say repeatedly that the president’s data are wrong, that no Dominion voting machines were moved out of Fulton, that they have repeatedly found no fraud after lawsuits and recounts.

This was not a "perfect" call, as Trump repeatedly said of the conversation with Ukraine’s president that led to his impeachment.

Legal experts are debating whether the call might have been illegal, but there’s no question that Trump, joined by chief of staff Mark Meadows, was engaged in an attempt at "flipping the state" – those are the president’s words – through political pressure.

On "Fox & Friends" yesterday, Steve Doocy said of the call: "So far we haven’t seen the evidence." The conservative editorial pages of the New York Post and Wall Street Journal, like Fox owned by Rupert Murdoch, have demanded that Trump drop his fraud claims and concede the election. And in a Washington Post op-ed, the 10 living former defense secretaries – including Dick Cheney, Don Rumsfeld, and ex-Trump appointees Jim Mattis and Mark Esper – say "the time for questioning the results has passed."

They are referring in part to the growing contingent of Republican lawmakers who will refuse tomorrow to accept the Electoral College results in what is usually a mere formality.

The media initially portrayed this as a few fringe characters like Rep. Louie Gohmert, R-Texas. But when Sen. Josh, R-Mo., and then Ted Cruz signed on, backed by 10 senators and more than 100 House members, it became clear this was a severe miscalculation. This is now a movement, albeit one that has badly divided the Republican Party.

While the letter led by Cruz, who wants a special commission to audit key states, says "the allegations of fraud and irregularities in the 2020 election exceed any in our lifetimes," ex-speaker Paul Ryan says it’s "difficult to conceive of a more anti-democratic and anti-conservative act."

Cruz and company know their crusade will fail because Democrats control the House. And yes, the media weren’t concerned when some rebellious Dems forced the same congressional debate in 2005. But in that case, John Kerry had long since conceded to President George Bush.

While Biden will be sworn in 15 days from now, that doesn’t mean these efforts aren’t tearing at the fabric of American democracy. The GOP may have lowered the bar, emboldening the Democrats to try similar tactics in some future contested election. And given Donald Trump’s hold on much of the Republican Party, a substantial chunk of the country will continue to believe the election was stolen, despite what Brad Raffensperger says.

Fauci Warns of 'Surge Upon a Surge' in Covid-19 After Christmas, New Year's