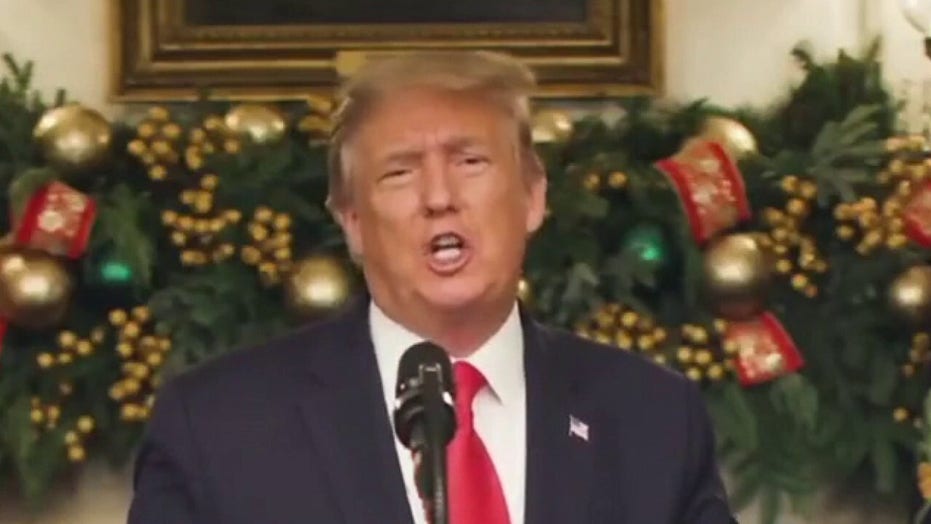 As if 2020 hasn’t delivered enough unexpected news, consider this: President Trump’s call Tuesday night for Congress to raise coronavirus stimulus payments to Americans to $2,000 won raves from at least three of his harshest critics.

House Speaker Nancy Pelosi, U.S. Rep. Alexandria Ocasio-Cortez and U.S. Sen. Bernie Sanders all favored the president’s proposal for $2,000 direct payments over the $600 that Congress has suggested in its $900 billion plan.

Trump made his pitch in a video posted on Twitter, in which he slammed the Covid bill as a "disgrace," and assailed many individual line items in the 5,000-page plan approved by Congress – calling on lawmakers to amend the package, which would require the president’s signature to become law.

"It’s called the Covid relief bill but it has almost nothing to do with Covid," the president noted.

“It’s called the Covid relief bill but it has almost nothing to do with Covid.”

Trump then listed numerous allocations to foreign countries, $40 million for the Kennedy Center in Washington and additional millions for research projects – as well as other non-Covid-related objectives.

"The bill also allows stimulus checks for the family members of illegal aliens, allowing them to get up $1,800 each," the president says. "This is far more than the Americans are given.

"Despite all of this wasteful spending, and much more, the $900 billion package provides hard-working taxpayers with only $600 each in relief payments and not enough money is given to small businesses — and in particular restaurants, whose owners have suffered so grievously."

The president’s critics quickly voiced their rare support for his point of view.

"Republicans repeatedly refused to say what amount the President wanted for direct checks," the San Francisco Democrat wrote. "At last, the President has agreed to $2,000 – Democrats are ready to bring this to the Floor this week by unanimous consent. Let’s do it!"

"Let’s do it," the New York Democrat concurred. "@Rashida Tlaib and Ialready co-wrote the COVID amendment for $2,000 checks, so it’s ready to go. Glad to see the President is willing to support our legislation. We can pass $2k checks this week if the Senate GOP agrees to stand down."

"That’s great!" the independent U.S. senator from Vermont wrote. "I first introduced a bill to provide a $2,000 direct payment with @SenKamalaHarris & @EdMarkey 7 months ago. Now, Mr. President, get Mitch McConnell and your Republican friends to stop opposing it and we can provide working class Americans with $2,000. Let’s do it."

Among Republicans, Sen. Josh Hawley of Missouri has been a vocal supporter of more financial assistance for Americans as they deal with the pandemic – with millions of them having lost their jobs and faced evictions from their homes.

"@realDonaldTrump is right," Hawley wrote Tuesday night. "Workers deserve much more than $600, as I have repeatedly said & fought for. And there’s absolutely plenty of $$ to do it – look at what Congress threw away on corporate giveaways & foreign buyouts. Let’s get it done."

State pension: Some claimants may qualify for Cold Weather Payments which start from next

Elon Musk can do no wrong at Tesla