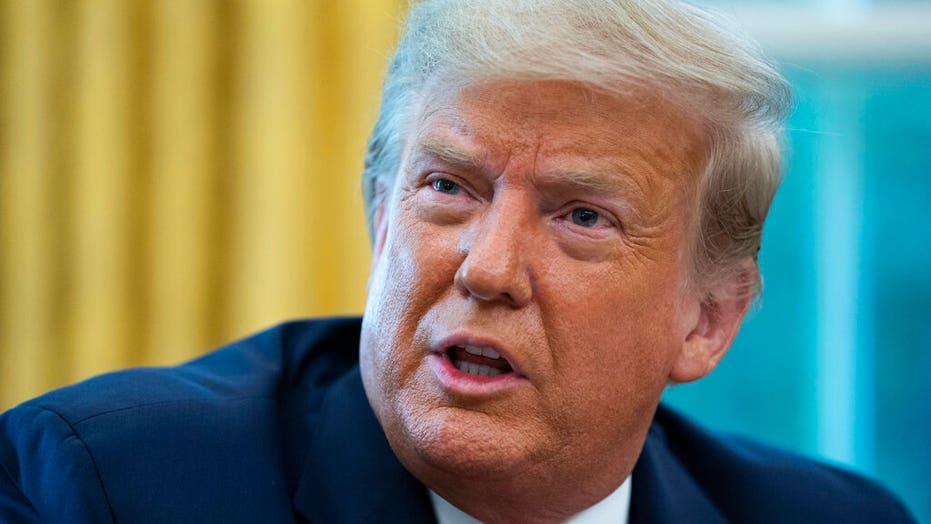 President Trump, after months of refusing to wear a coronavirus face mask in public, posted a photo on Twitter Monday of himself wearing a face mask, declaring “There is nobody more Patriotic than me.”

“We are United in our effort to defeat the Invisible China Virus, and many people say that it is Patriotic to wear a face mask when you can’t socially distance,” Trump wrote. “There is nobody more Patriotic than me, your favorite President!”

The photo marked a significant reversal for Trump, who, until earlier this month, has largely rebuffed wearing a mask, much less issuing a nationwide mandate for one to combat the coronavirus.

The president was spotted wearing a mask for the first time while visiting the Walter Reed military hospital on July 11.

Pressed by Fox News’ Chris Wallace during a Sunday interview as to whether he regretted not wearing a mask from the beginning and whether he will consider a national mandate, Trump said he wants people to have the freedom to choose.

“I want people to have a certain freedom, and I don’t believe in that,” Trump said.

He also said he did not agree with the Centers for Disease Control's guidelines that “if everybody wore a mask for 4-6 weeks, we could get this under control.”

As of Monday, the United States has recorded more than 3.8 million cases of the novel coronavirus with nearly 141,000 deaths, according to the latest figures from Johns Hopkins University.

Trump has long insisted that a spike of cases in recent months is attributable to the nation’s robust testing system.

Rent relief UK: Will self-employed people get help with rent?