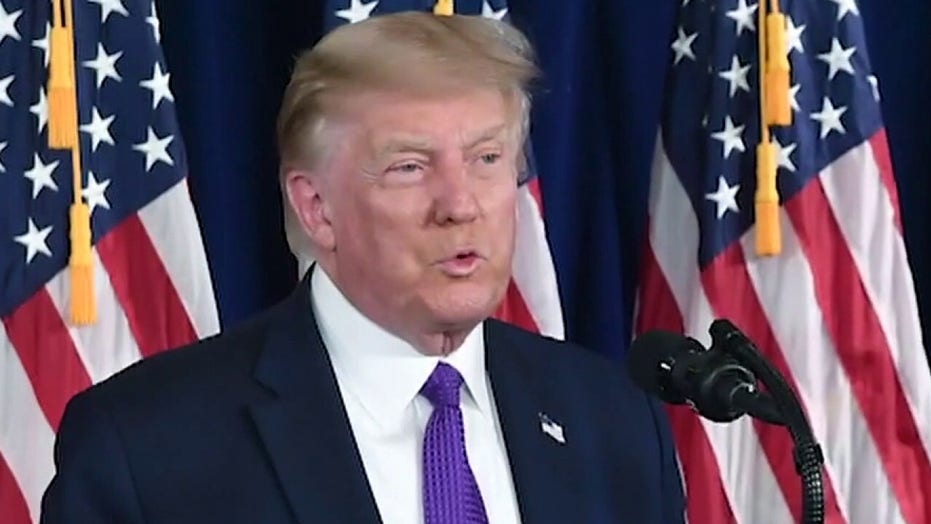 President Trump plans to hold a news conference Sunday evening regarding a potential major therapeutic “breakthrough” for treating the coronavirus.

Earlier in the day, the president suggested someone at the FDA was purposefully trying to delay clinical trials for therapeutics and vaccines for political purposes.

“Obviously, they are hoping to delay the answer until after November 3rd,” Trump tweeted, referring to Election Day. “Must focus on speed, and saving lives!”

The president didn’t expand on the accusation or provide any evidence.

"The FDA has a responsibility to approve drugs, judging on their safety and their efficacy, not by a declaration from the White House about speed and politicizing the FDA," Pelosi said in a news conference on Capitol Hill, according to The Hill.

"This was a very dangerous statement on the part of the president. Even for him, it went beyond the pale in terms of how he would jeopardize the health and well-being of the American people."

Scientists around the world are racing to create a safe and effective vaccine for the virus in what is usually a years-long process.

Trump said earlier this month — while balancing “speed and safety” — Americans could have a vaccine “maybe far in advance of the end of the year.”

Dr. Anthony Fauci, the nation’s top infectious disease expert, has said he’s “cautiously optimistic” a vaccine could be available by the end of this year or early next year but it likely wouldn’t be widely available until later next year at the earliest. Even with a vaccine, it’s unlikely it will be close to 100% effective, he has said.

As patients recover from the virus, some have reported lingering symptoms like fever, shortness of breath and chronic fatigue. One young patient who had improved after three weeks of rest saw symptoms return sporadically over the past five months.

The head of the World Health Organization, Tedros Adhanom Ghebreyesus, said it’s possible the virus could be over within two years.

“We hope to finish this pandemic (in) less than two years, especially if we can pool our efforts,” he said Friday.

The virus has killed more than 174,000 people in the U.S., according to the Centers for Disease Control and Prevention.