WikiLeaks founder Julian Assange faces up to 5 years in prison

LONDON - President Donald Trump allegedly offered to pardon WikiLeaks founder Julian Assange if he said that Russia had nothing to do with WikiLeaks’ publication of Democratic Party emails in 2016, a London court heard on Wednesday.

Assange appeared by videolink from prison as lawyers discussed the management of his hearing next week to decide whether he should be extradited to the United States. Assange is being held at a British prison while fighting extradition to the United States on spying charges. His full court hearing is due to begin next week.

At Westminster Magistrates’ Court, Assange’s lawyer, Edward Fitzgerald, referred to a statement by former California Republican congressman Dana Rohrabacher who had visited Assange in 2017 at the Ecuadorian Embassy, saying that he had been sent by the president to offer a pardon.

Fitzgerald said a statement from another Assange lawyer, Jennifer Robinson, recounted "Mr. Rohrabacher going to see Mr. Assange and saying, on instructions from the president, he was offering a pardon or some other way out, if Mr. Assange … said Russia had nothing to do with the DNC leaks.”

The pardon would have come on the condition that Assange saying the Russians were not involved in the email leak which hurt Democratic nominee Hillary Clinton’s presidential campaign in 2016, according to Rohrabacher’s statement. 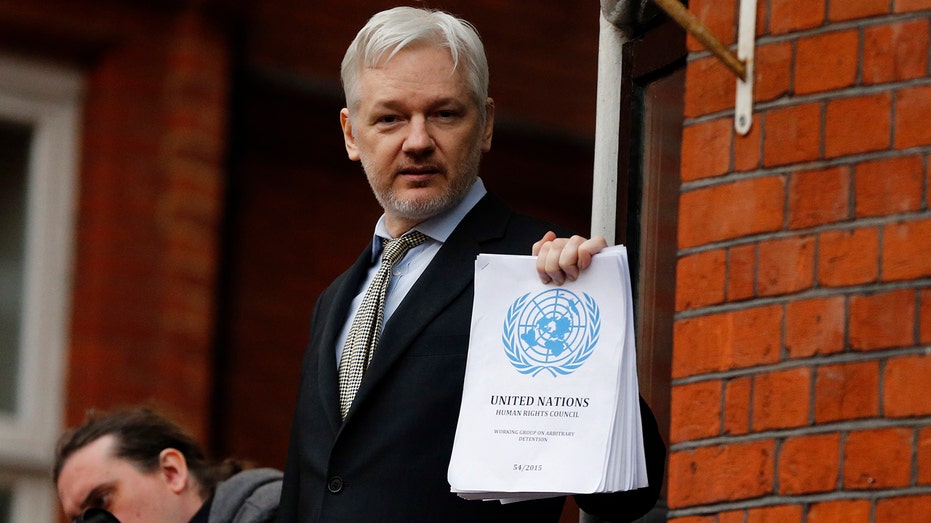 Responding to the the lawyer's claims, White House press secretary Stephanie Grisham said, "This is absolutely and completely false."

She added that President Trump “barely knows Dana Rohrabacher other than he’s an ex-congressman. He’s never spoken to him on this subject or almost any subject," Grisham said. "It is a complete fabrication and a total lie. This is probably another never-ending hoax and total lie from the DNC.”

Assange, who spent seven years in Ecuador’s London embassy before he was dragged out last April, face charges in the U.S. of conspiring to hack government computers and espionage.

At Wednesday’s hearing, Assange spoke only to confirm his name and date of birth.

TAKEAWAYS FROM THE CASE OF WIKILEAKS FOUNDER JULIAN ASSANGE

Australian-born Assange made global headlines in early 2010 when WikiLeaks published a classified U.S. military video showing a 2007 attack by Apache helicopters in Baghdad that killed a dozen people, including two Reuters news staff. 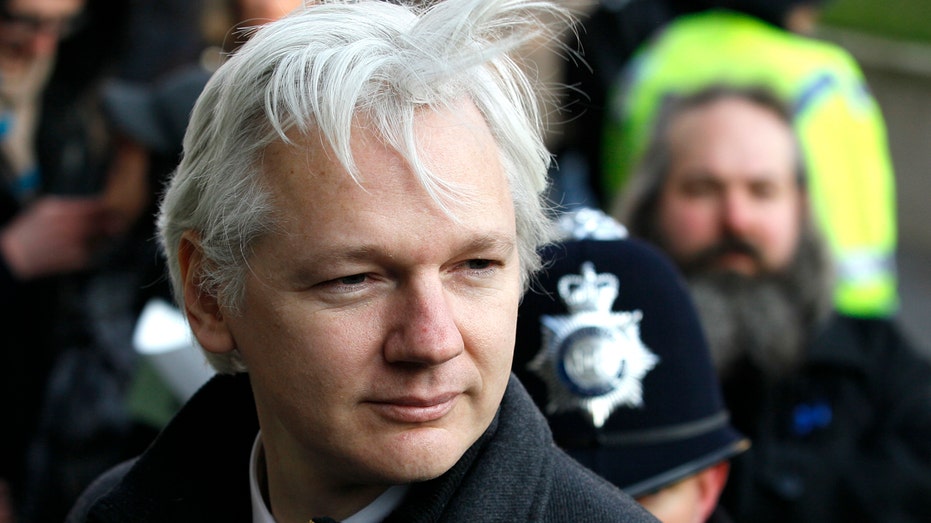 U.S. prosecutors have charged the 48-year-old Australian computer hacker with espionage over WikiLeaks' hacking of hundreds of thousands of confidential government documents. If found guilty, he faces up to 175 years in jail.

He argues he was acting as a journalist entitled to First Amendment protection.

Child Benefit UK: Warning as your payment could be halted due to this reason