IT’S called the Mirai, which is Japanese for future.

But it might as well be Mirage. Fuel cell cars have been hovering on the horizon for decades. 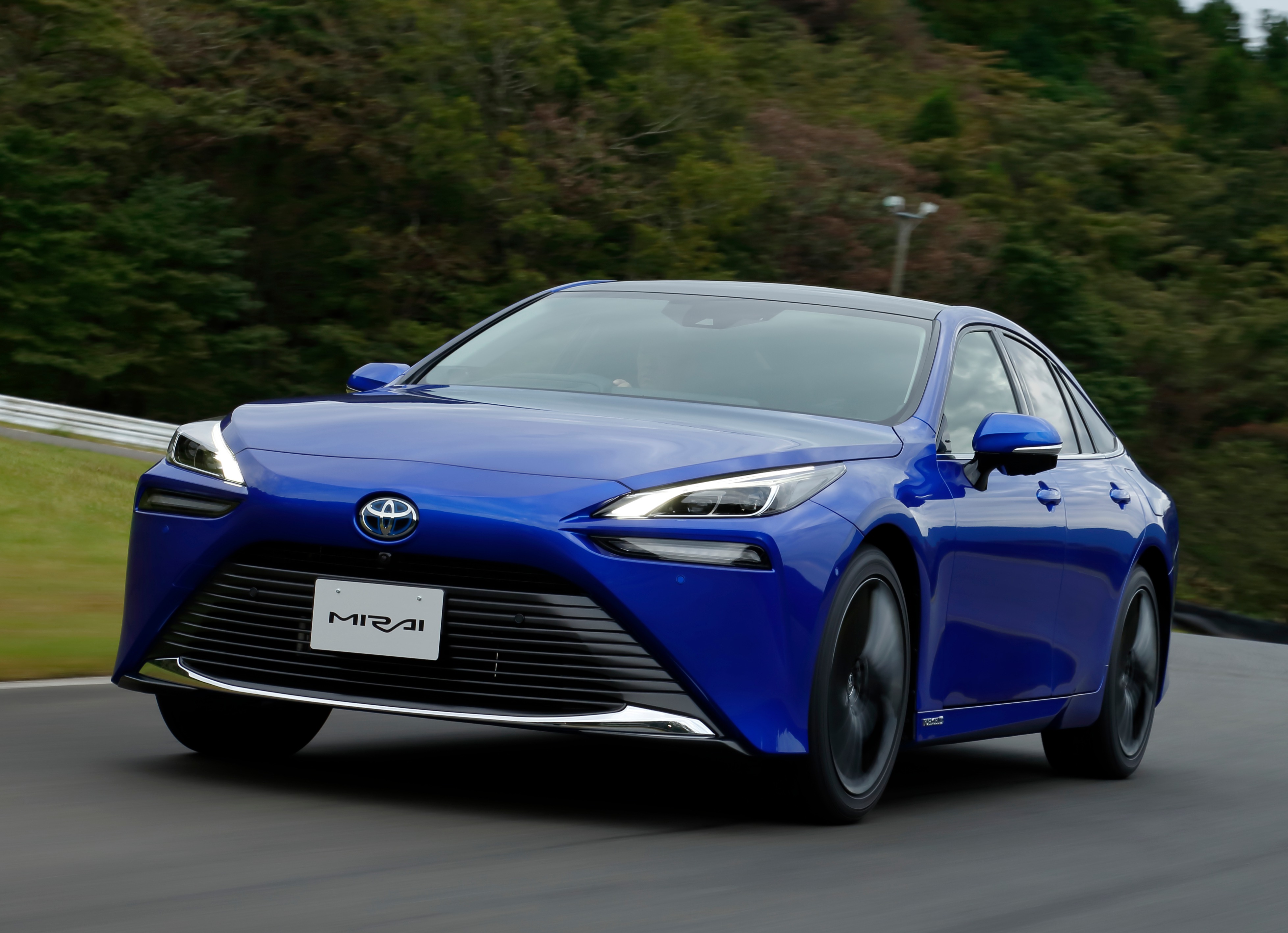 Yet maybe Toyota has built a car to bring them within reach.

That’s potentially a zero-carbon future of silent electric cars that don’t take an age to recharge.

Now for the science bit. A fuel cell runs on hydrogen, stored in high-pressure tanks. The cell combines the hydrogen with oxygen from the air to power the car’s electric motor. And the only emission is steam.

It’s simple in principle, and was used in the Apollo spacecrafts half a century ago. But making it compact and cheap enough for a car is a massive achievement. 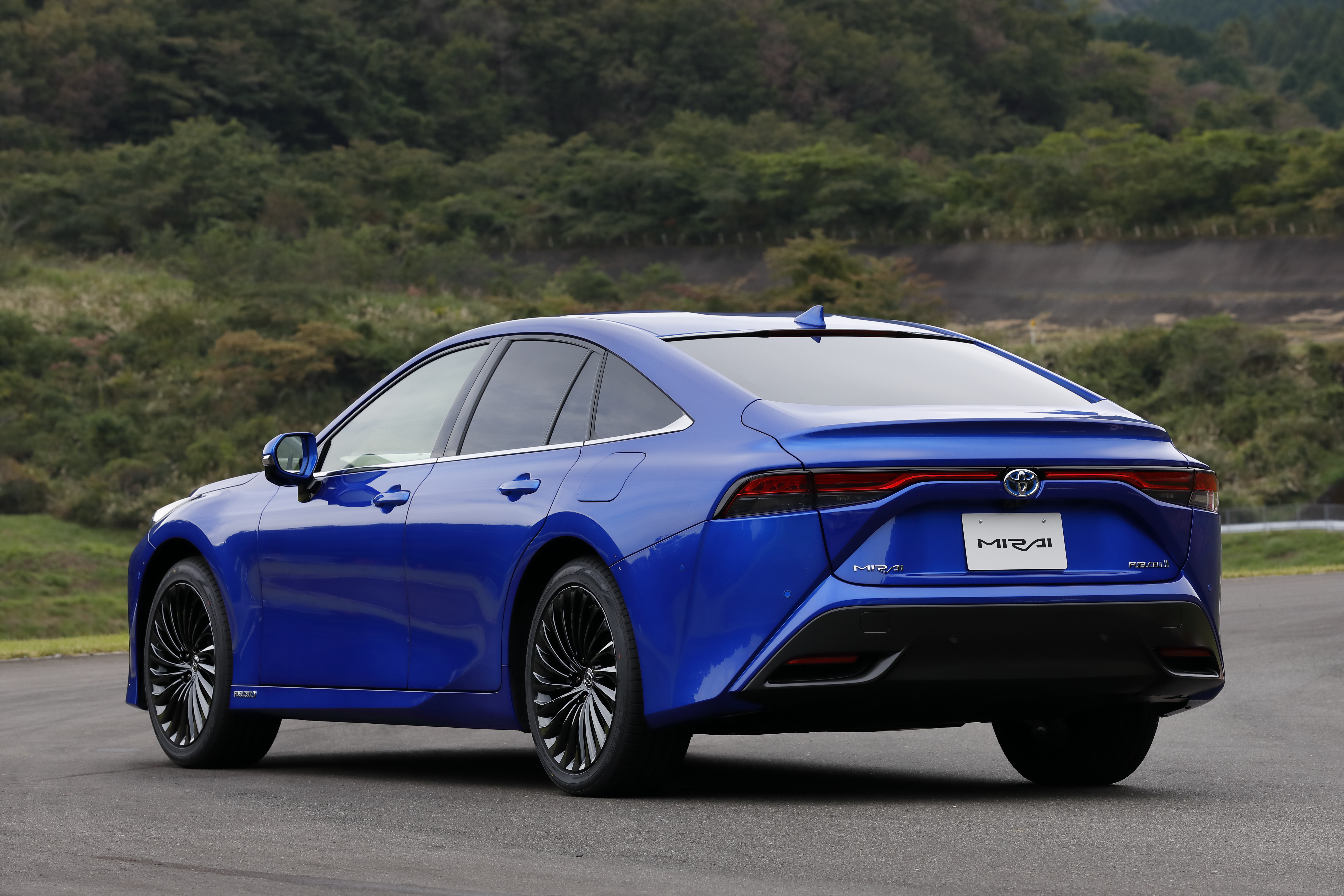 The Mirai is a sleek luxury saloon, and it costs a lot less than a big-battery electric car.

And the killer: it only takes five or ten minutes to refill the Mirai’s tanks for 350-odd miles of driving.

Wafts along in near silence

Five minutes’ recharging a battery car would hardly get you to the next motorway junction.

So are fuel-cell cars the answer to Boris’s 2030 ban on petrol cars? Er, no. In some countries, including Switzerland and Norway, hydrogen is generated by using wind or hydro-electricity. It’s zero carbon and also sold at low cost. 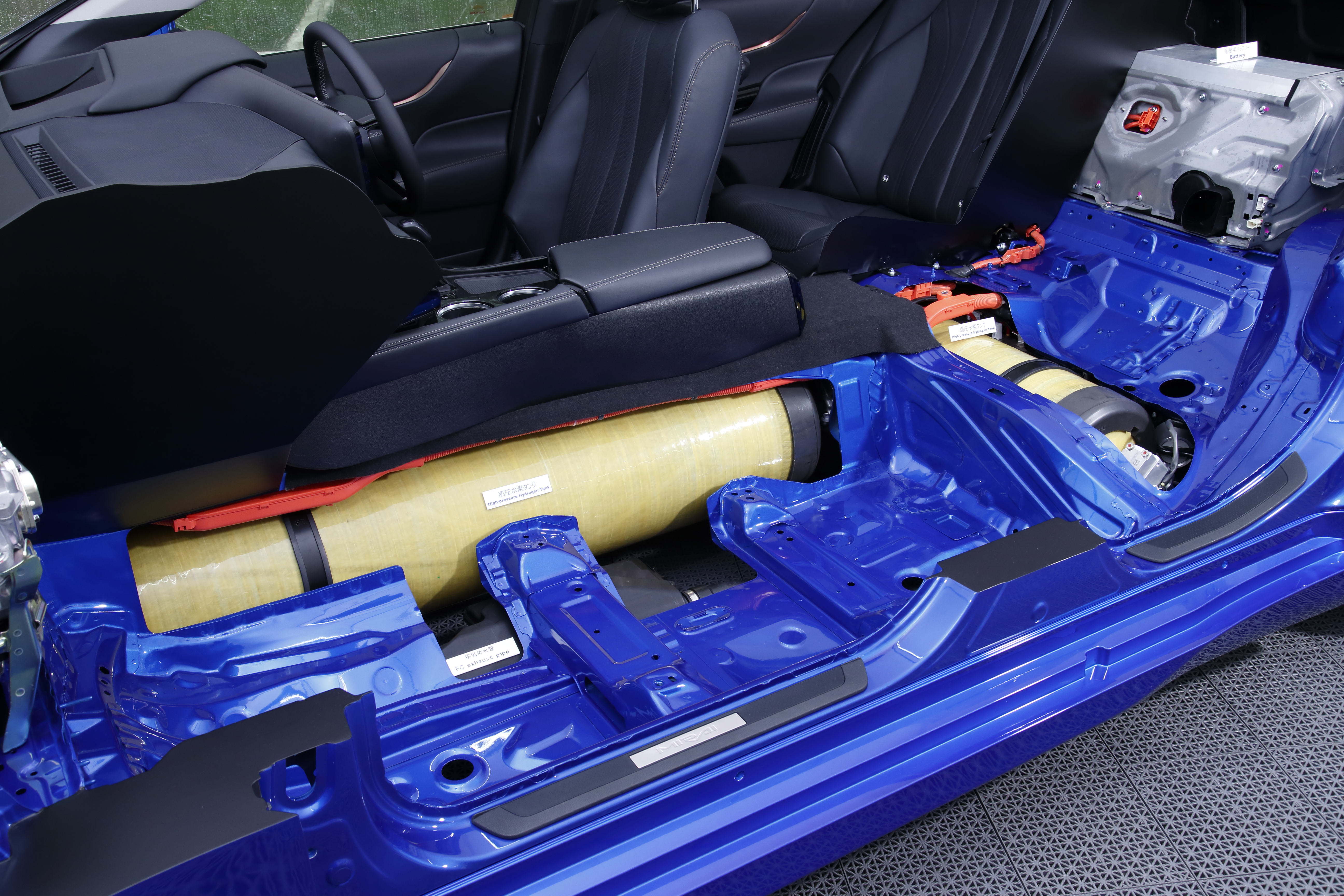 But Britain is different. Most of our hydrogen, at the moment anyway, comes from not-very-green industrial processes. Anyway, it’s so expensive that you can run a petrol car for the same money.

The biggest snag of all is there are only about a dozen public hydrogen filling stations in Britain.

So unless you run an environmental taxi company and have your own green hydrogen pump the Mirai is pretty much ruled out for you. Which is a colossal pity because the Mirai is a brilliant car for lowering your heart-rate in this tense year of 2020.

It wafts you along in near silence, spearing along a motorway like it’s magnetised to its lane. 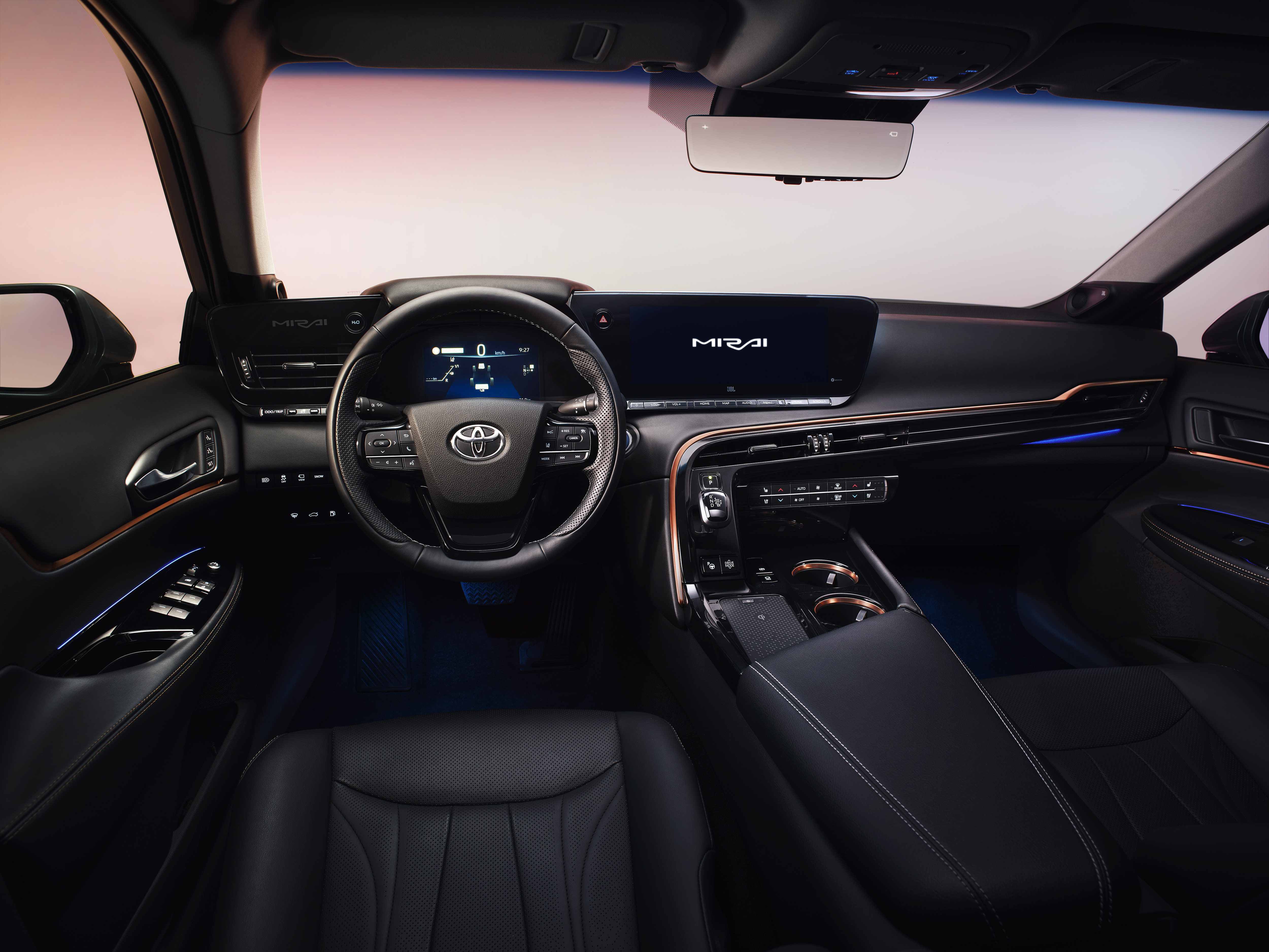 The interior is made of rich, modern materials. All the gadgets and assistance systems are present and correct.

Basically, then, the Mirai could easily carry the badge of Toyota’s high-end brand Lexus.

It’s more like a wafty Lexus than a sporty BMW. The performance is silent and instant, but limp for a car of this price.

It moves away from rest smartly but takes a bit of patience to thrust into the outside lane.

That’s fine for sitting in the back on an executive-cab run to the airport. Not so great if you’re a press-on driver. 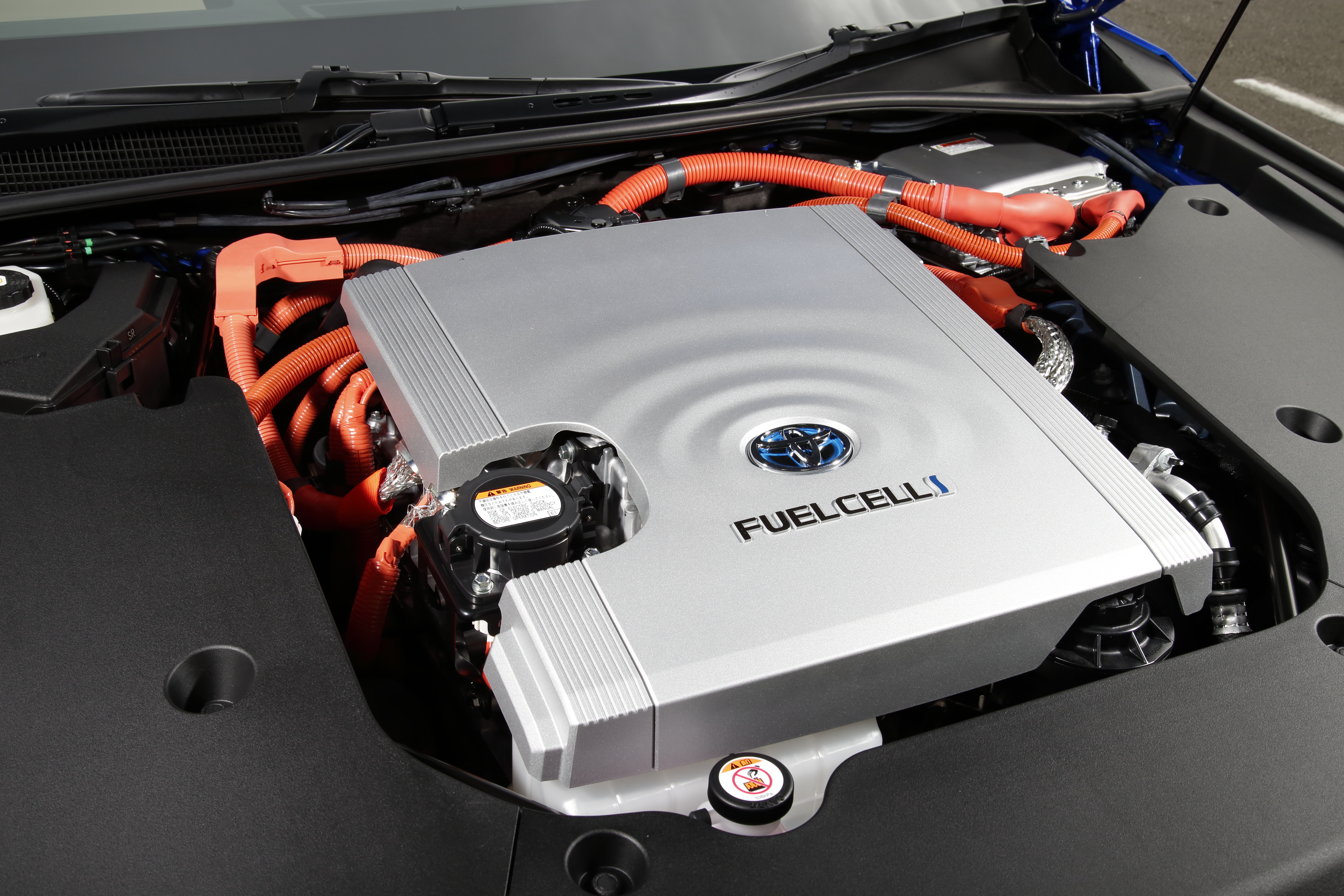 By the same token, the Mirai is better to hustle through corners than a lot of SUVs, but less engaging than a German saloon. So just ease off, and keep calm.

Most of all, don’t panic about the fact you’re living in the wrong country for your car. 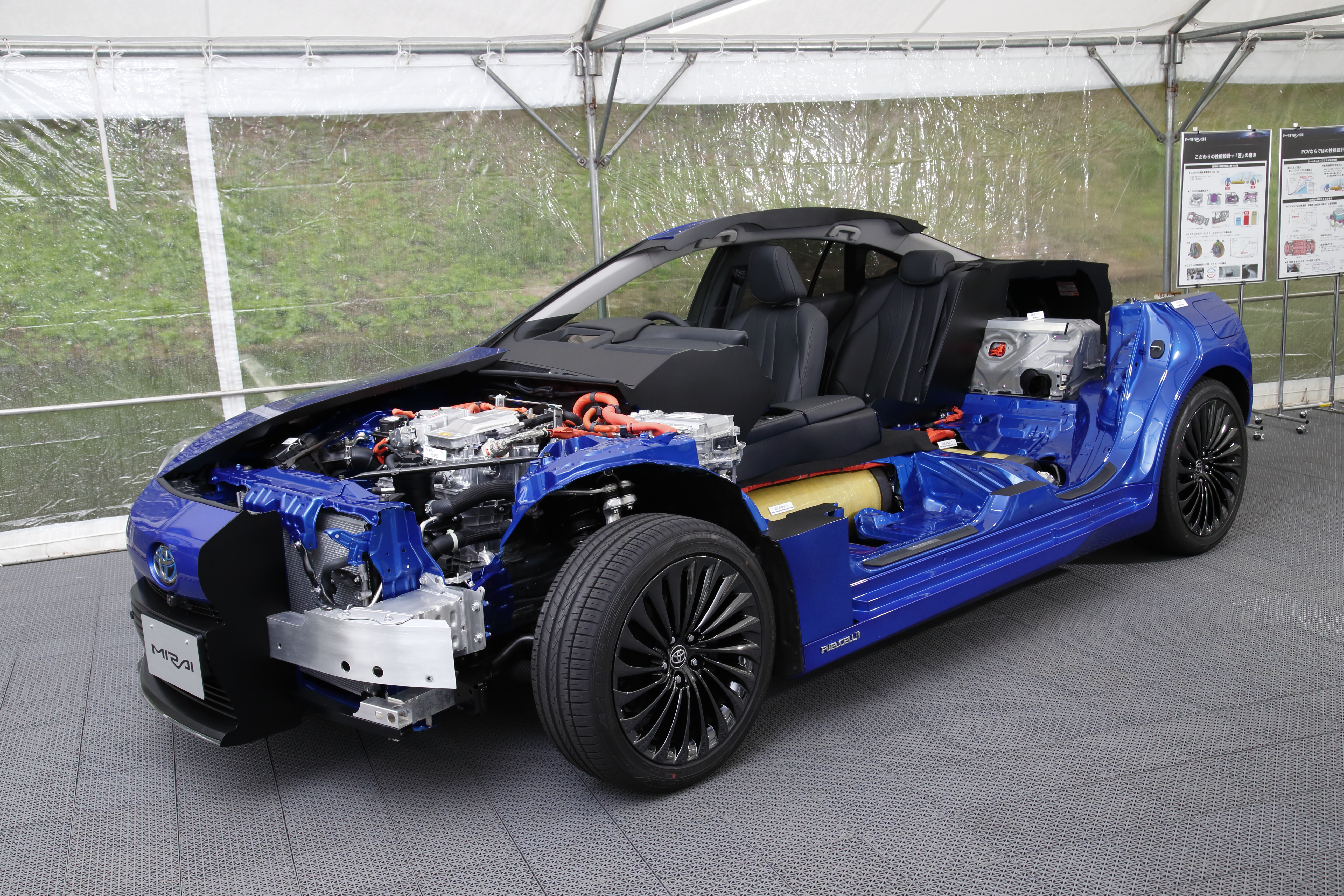