We may still be in the middle of a global pandemic, but that isn't stopping Tiffany and Co. from continuing work on the lavish multi-year renovation of its iconic New York City flagship store.

The luxury jewelry company released renderings on Monday of the forthcoming three-story upgrade at its Fifth Avenue location, which will be "completely reimagined from office space originally constructed in 1980, into a new exhibition, event and clienteling space," according to a press release.

As part of the endeavor, Tiffany & Co — which was acquired by the luxury conglomerate LVMH in a record-breaking $16.2 billion deal in 2019 — is installing a contemporary glass facade to the top three stories of the 10-story building. Construction for the project began in spring 2019 and is expected to be fully complete by spring 2022.

"The Tiffany & Co. Fifth Avenue flagship is arguably one of the most beloved and well known luxury retail spaces in the world," Reed Krakoff, Tiffany & Co.'s chief artistic officer, said in a press statement. "It's a place where so many have memories of important moments in their lives, filled with emotion and anticipation of the extraordinary. Tiffany's newly transformed flagship will reflect the future of our brand, while honoring our 183-year legacy."

We took a closer look at the store over the years, as well as what it's expected to look like when it's finished in 2022, below.

The Tiffany & Co. store on Fifth Avenue was originally built in 1940 and is located in the heart of Manhattan, just down the street from Central Park. 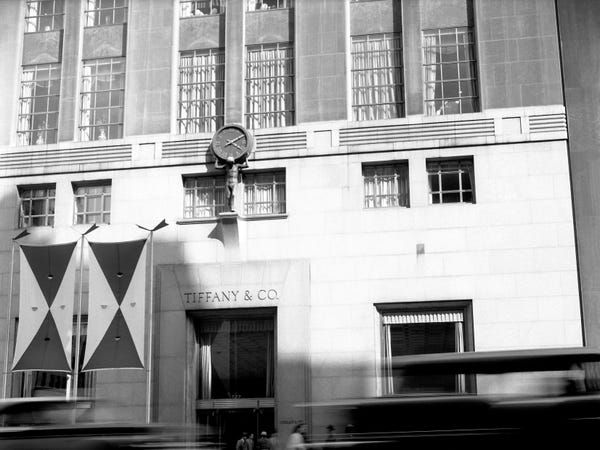 Though the flagship is 80-years old, the company has been in business since 1837 and is one of America's oldest fine jewelry retailers. 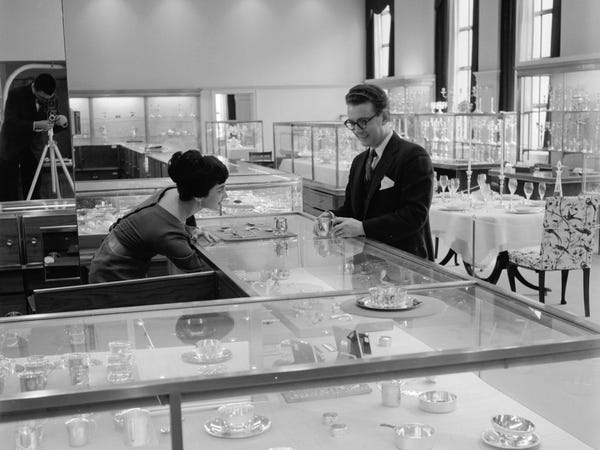 The Manhattan store is known for its limestone exterior, and chic, elegant aesthetic. 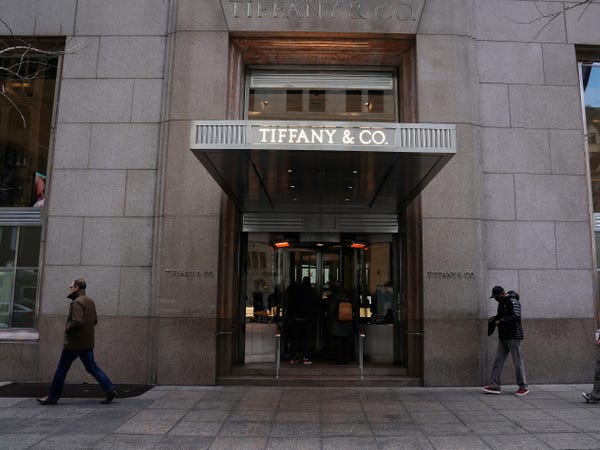 Though Tiffany & Co. has 300 total locations around the world, Fifth Avenue is its best known and most famous location … 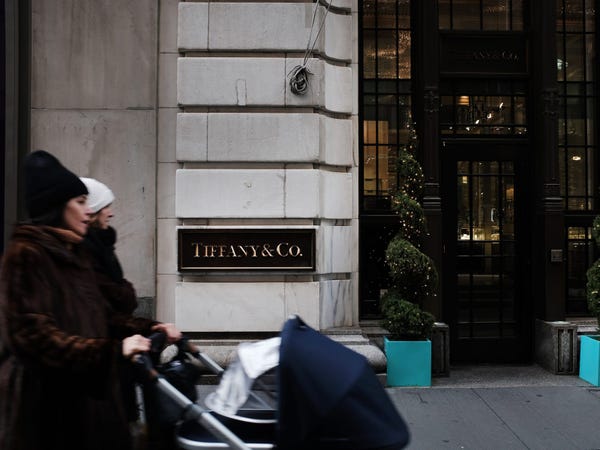 … in large part thanks to the classic film "Breakfast at Tiffany's." 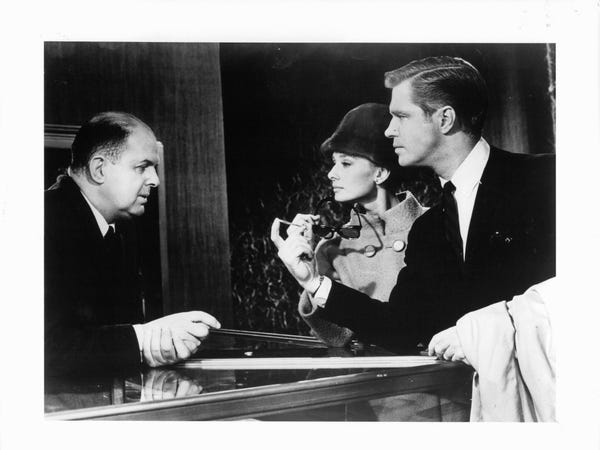 When completed, the upper levels of the building will be "surrounded by a curtain of undulating glass, complementing the classic limestone façade below" and "echoing the height and grandeur of the flagship's timeless main floor," according to the company. 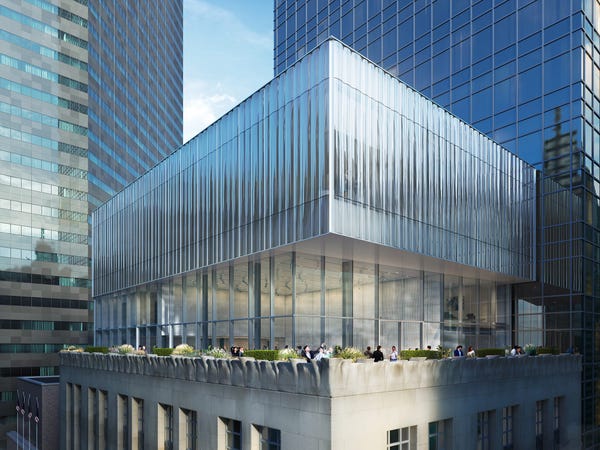 The renovation was conceptualized by the Office for Metropolitan Architecture, and led by Shohei Shigematsu, a partner at the firm. 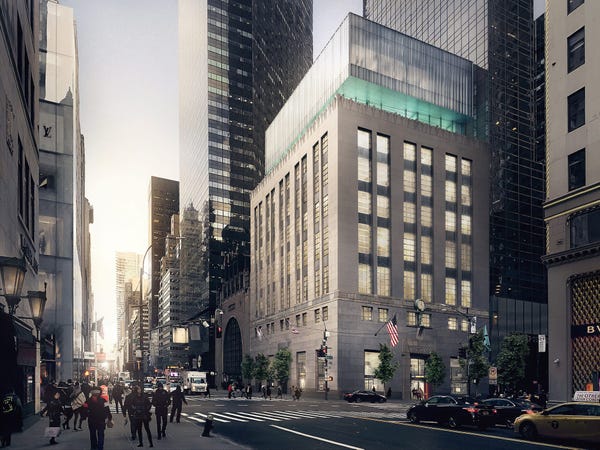 "Tiffany's Fifth Avenue flagship is more than a retail space; it is a destination with a public dimension," Shigematsu said in a press statement. 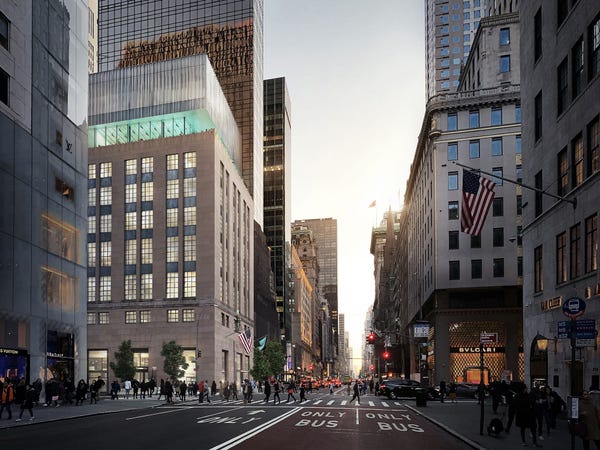 During the multi-year renovation process, Tiffany & Co. opened an interim store nearby called — Tiffany Flagship Next Door, located around the corner on East 57th Street. 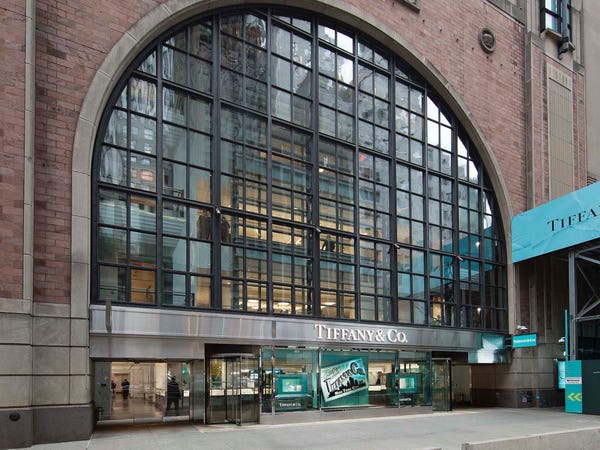 Rest assured, the temporary store is still just as luxurious as its counterpart … 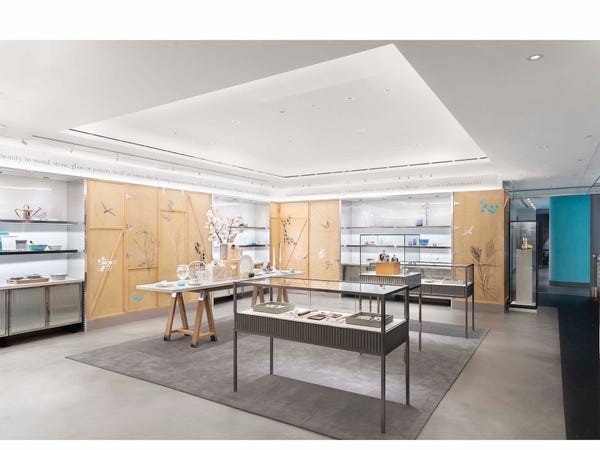 … and still pulls out all the stops. 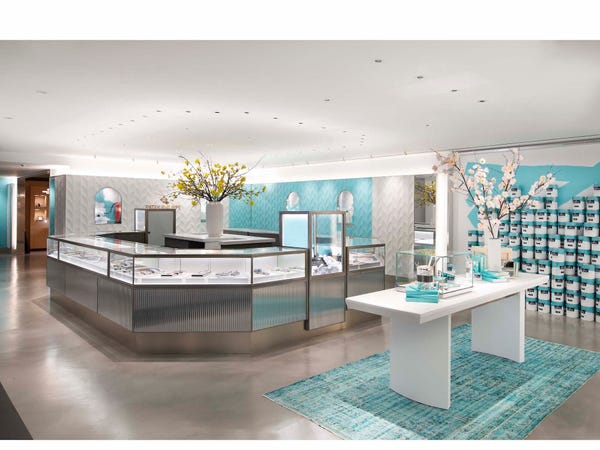 So while we'll have to wait until spring 2022 to see the final product, the Tiffany Flagship Next Door is reopened for business after it was temporarily shuttered due to the coronavirus. 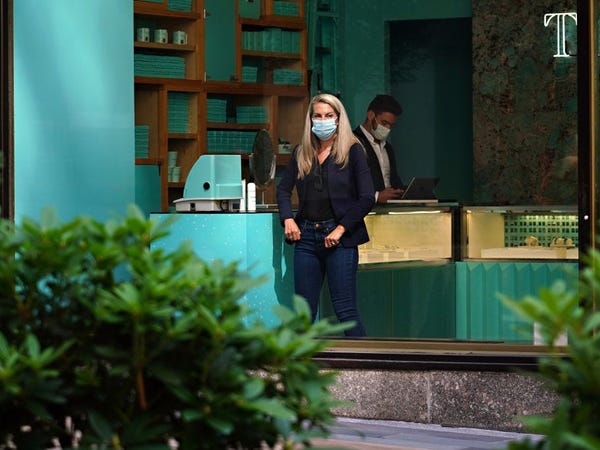