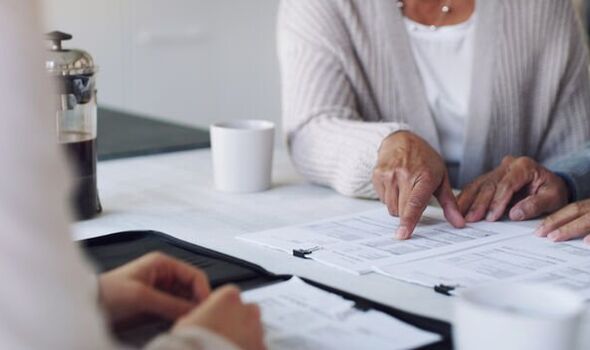 They are missing out on a share of nearly £1.5billion.

Women such as widows and divorcees could have been underpaid for years.

The National Audit Office said the DWP became aware in 2020 after a media outcry.

It said: “In 2021-22 the department has refined its best estimate by performing the additional scans of its pension systems that it was unable to do last year due to planned system upgrades.”

The NAO added there will need to be a review of “around 700,000 potentially affected cases”.

The problem, dating back to 1985, relates to the “old” state pension system. Women who had their own small pot could claim a 60 percent state pension based on their husband’s contribution record.

But an error at the DWP meant they were not given this money. The NAO added: “The full extent of the underpayments will not be known until every case has been reviewed.”

In January the Commons Public Accounts Committee called it “a shameful shambles”. The DWP estimates it could cost up to £2.8billion.

Ex-pensions minister Sir Steve Webb said the DWP had also admitted to failing to give National Insurance credits to stay-at-home mums. He said: “We need much greater transparency about all of this, rather than leaving it to figures buried in the small print of annual reports.

“Far too many people have been underpaid for far too long”.

A DWP spokesman said it had a dedicated team and added it was “fully committed to addressing these errors, not identified under previous governments, as quickly as possible”.

Linda Foster: ‘You can’t move down any lower’

A woman struggling to survive on a state pension has told how she spends all day on a bus to keep warm in the winter and lives on marked-down food.

Divorced Linda Foster, 73, left, of Skegness, said she had “pulled herself up” to own her home and made a good living, as a carer for the disabled, and for her four children.

But she said: “You used to be able to move down a level in food, to supersavers. You can’t move down any lower. “In the winter I’ll lie in bed to watch telly in the afternoon rather than put the heating on.

“Sometimes I’ll go out for the whole day [on the bus]. I’m going to have to live the way I lived as a child, when there was no money for anything.”