Randy Narvaez worked at King Soopers grocery store in Denver, Colorado, before he died in May from the coronavirus. Prior to his death, Narvaez posted on Facebook about how people needed to wear masks when out in public.

“He was super vocal about it, so pissed off that customers coming into the store he felt did not care enough to put on masks to help protect everyone,” Narvaez’s sister Nicole Trujillo said. She took him to the emergency room on May 4 after he developed a fever, a cough, body aches and difficulty breathing. Narvaez, 51, was placed on a ventilator May 6 and he died May 17.

“These are the essential employees going into work every single day to help put food on people’s tables. The least people could do is put on a mask to prevent spreading it,” Trujillo said. Narvaez, who worked at the Kroger-owned grocery store for 30 years, leaves behind a 32-year-old daughter.

As coronavirus cases mount dramatically in the U.S., family members of COVID-19 victims are urging the federal government to respond more urgently to the virus and pleading for the public to also take their personal responsibility seriously.

There have been more than 2.6 million confirmed COVID-19 cases in the U.S. and over 127,000 dead so far. After several states began reopening businesses and activities starting in early May — earlier than experts recommended — many have had to backtrack in recent days as cases ballooned. On Tuesday, the U.S. reported more than 48,000 new cases ― a new record. Hospitalizations have increased dramatically in Arizona, Florida, Texas and other states.

“This virus needs to be taken seriously. Even if it was very far away, still one person catching it and having complications and passing away is too many,” said Sanya Lawrence, 46, whose husband, Charles Lawrence, died from COVID-19 complications on May 2 while incarcerated in Pendleton state prison in Indiana. “Why take that chance when you don’t have to?”

Sanya Lawrence, who lives in Fort Wayne, got a call from her husband Wednesday, April 22, saying he wasn’t feeling well and was going to the infirmary. Two days later, a friend incarcerated with Charles Lawrence called saying he hadn’t eaten in two days and was weak with a low-grade fever. He was sent to the hospital that Sunday, Sanya Lawrence said. The following week, she got a call from the prison telling her he was dead.

“I see some people wearing masks, but I still see way more not wearing them,” Sanya Lawrence said. “This virus could be slowed or even stopped with proper hygiene, social distancing.”

“If possible, stay home,” she pleaded. “We have a responsibility to ourselves and the public, to help keep us all safe.” 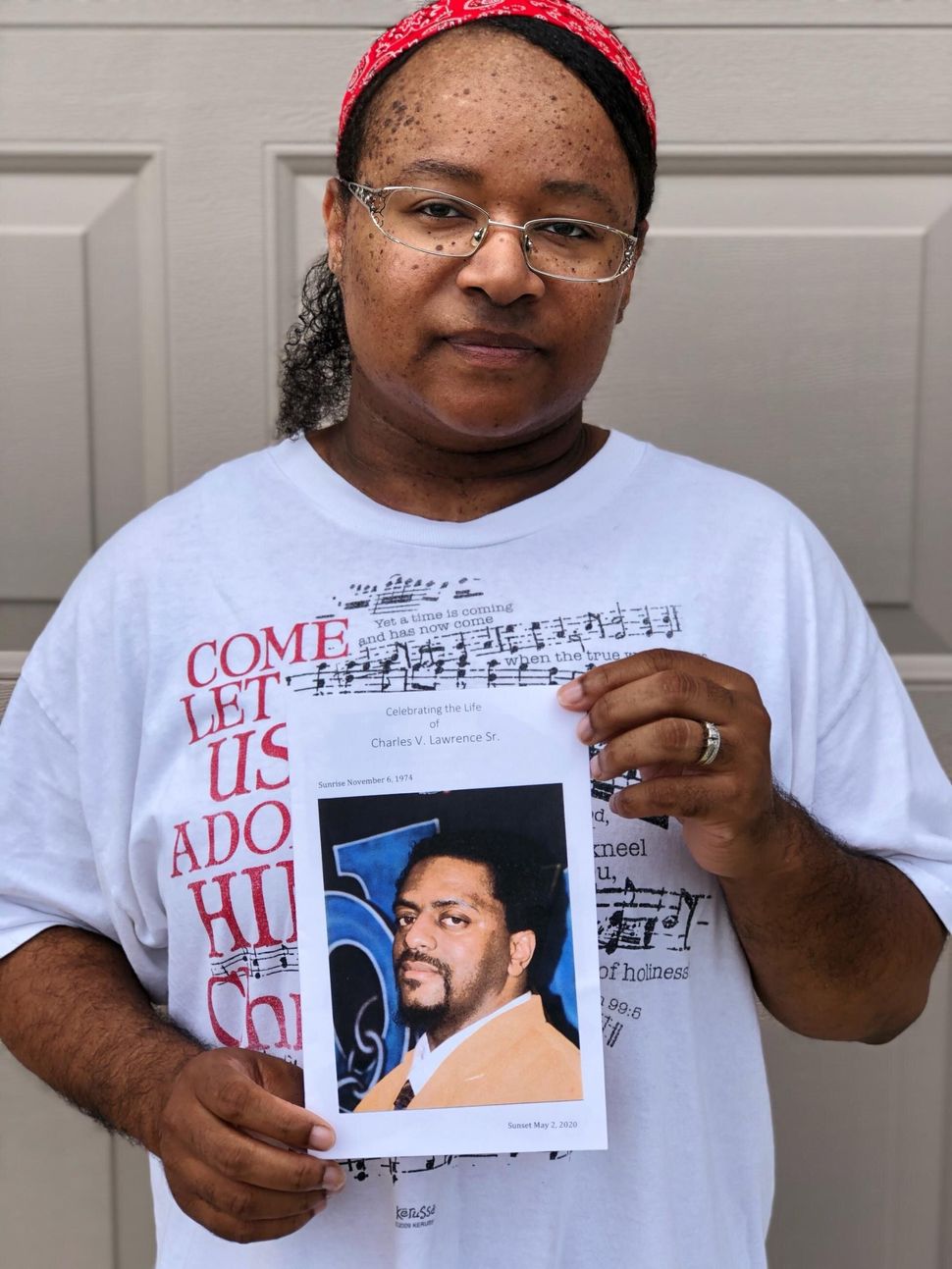 Several of the people HuffPost spoke to criticized President Donald Trump’s response to the virus. “Part of the reason it’s so bad is because it wasn’t taken seriously at the federal level at the very beginning of the outbreak,” Trujillo said.

As the virus began to spread in the U.S. in March, Trump repeatedly downplayed its threat. In early May, the president began pushing states to reopen, despite warnings against it from public health experts. Most recently, Trump has repeatedly, and falsely, suggested that less testing for the virus would lead to fewer cases.

“I think the federal response has been really sad and kind of an abnegation of responsibility,” said Thomas Dawson, 62, whose father, Keith Dawson, died in May from COVID-19 complications while living in a nursing home in New Brighton, Minnesota, north of Minneapolis.

Thomas Dawson said he’s sure the people who worked in the nursing home, where his father received treatment for Alzheimer’s and other ailments, would not intentionally have brought coronavirus into the facility. “This virus is carried in a chain,” he added, noting how people can be asymptomatic and spread the virus without knowing it, passing it along to others around them — which is why everyone needs to “take their mutual responsibility seriously.”

“We don’t have people in our government at the top levels who are willing to act in our national interest and tell people to break that chain, to stop that transmission and to do things that are really low investment and high reward, like wearing a mask, or just behaving like you care about the lives of your fellow citizens,” Dawson said. “And it’s absolutely maddening.”

Dawson, who lives in Berkeley, California, was not able to visit with his father in the days before he died due to the nursing home’s restrictions on visits during the pandemic.

His father is one of more than 50,000 people who’ve died in nursing homes in the U.S. The country has also seen outbreaks in other congregant settings, like meatpacking plants and Amazon warehouses, as well as in prisons nationwide. As of Monday, there were more than 1,000 people who tested positive for coronavirus in California’s San Quentin state prison alone.

At Pendleton state prison in Indiana, where Sanya Lawrence’s husband was incarcerated when he got the coronavirus, dozens of inmates have tested positive and at least four have died.

When Sanya Lawrence went to pick up her husband’s belongings last week, she found a letter he’d written in mid-April. “Dear Christ’s prison ministry,” he wrote in the letter, provided to HuffPost. “You were on point in the way you broke down COVID-19. I received your letter right on time because the virus is in here and it’s getting worse by the day. It’s only a matter of time before it claims a life.”

Just over two weeks later, Charles Lawrence died from the coronavirus. Now his wife is part of a campaign called Just Us, urging lawmakers to better protect incarcerated people from the virus. 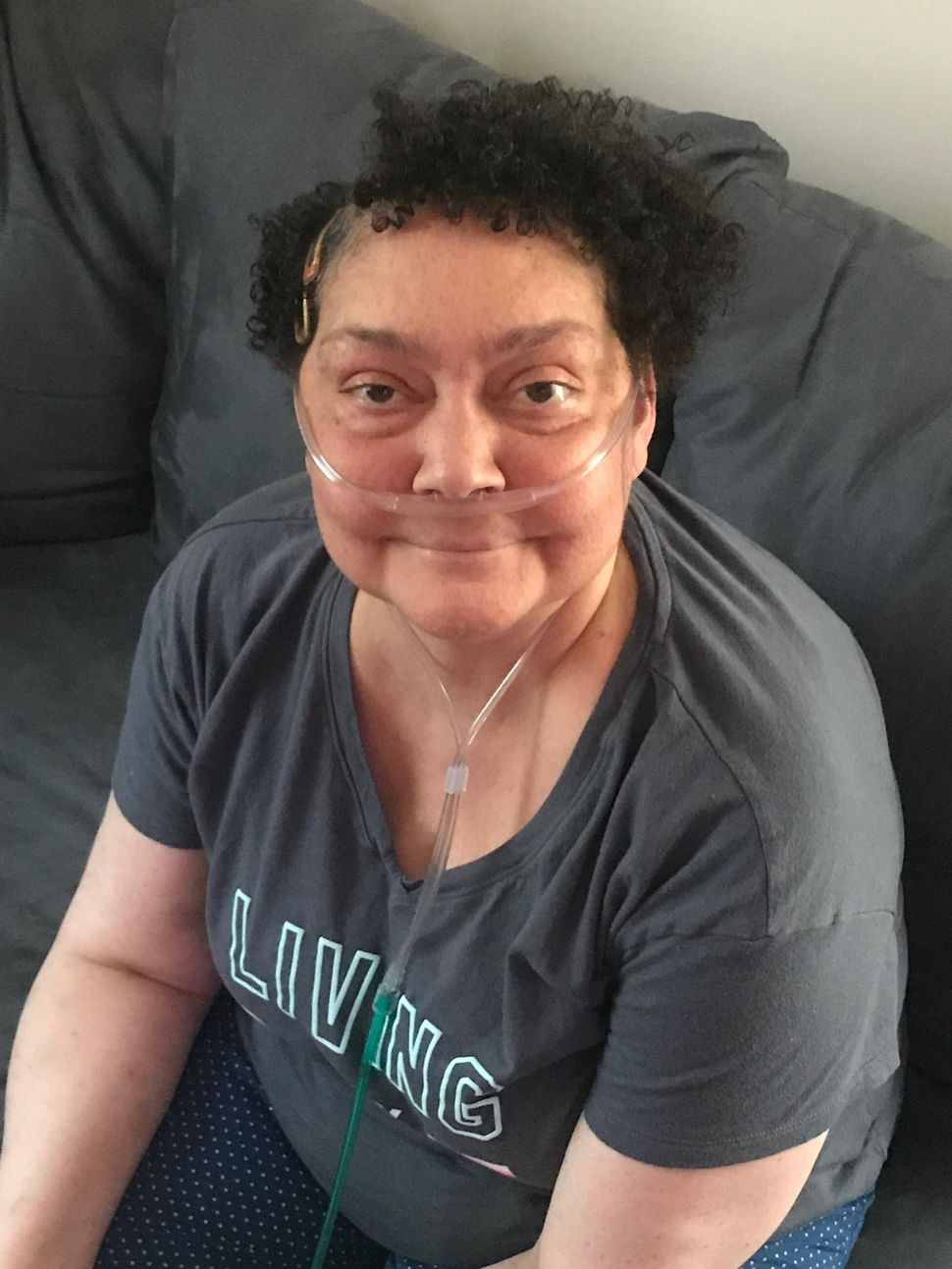 Across the country, Black and Latinx people have experienced disproportionately high rates of infection and death from coronavirus. Nationwide data on the race and ethnicity of COVID-19 patients is still emerging, but a Centers for Disease Control and Prevention study in April showed Black people being hospitalized at a higher rate than whites. And in New York City, which released its own preliminary data in April, COVID-19 was killing Black and Latinx people at twice the rate of white people.

Arielle Reavis’ mother, Dina Bailey, who is Black, lives just across the river from New York, in Linden, New Jersey. She is undergoing treatment for cancer and has been living with a chronic respiratory condition for years, according to Reavis, and was infected with coronavirus in May. Bailey survived, testing negative a few weeks ago. But while she had it, the illness was harrowing, leaving her feverish, struggling to breathe and hospitalized for days.

“She thought she was going to die,” Reavis said of her mother’s experience. “She was texting a lot, trying to get her affairs in order. She couldn’t breathe.”

Since her mother’s illness, Reavis has seen people in her area walking around with their masks hanging around their necks instead of over their mouth and nose, and not adhering to social distancing. Meanwhile, she hasn’t even gone to see her mom, out of fear of getting her sick again.

“Even if they don’t think they’re at risk, consider the lives of the people around them,” Reavis said, of what she wants others to keep in mind amid the pandemic. “Just wear a mask. Wash your hands. The longer people go out and pretend it doesn’t exist, the longer we’re gonna have to keep battling this over and over.”

All of the people HuffPost spoke to had the same message for those who have not, like them, lost a loved one or seen them get severely ill from coronavirus: Don’t just think about your own odds of getting it, think about your odds of spreading it to someone more vulnerable than you. 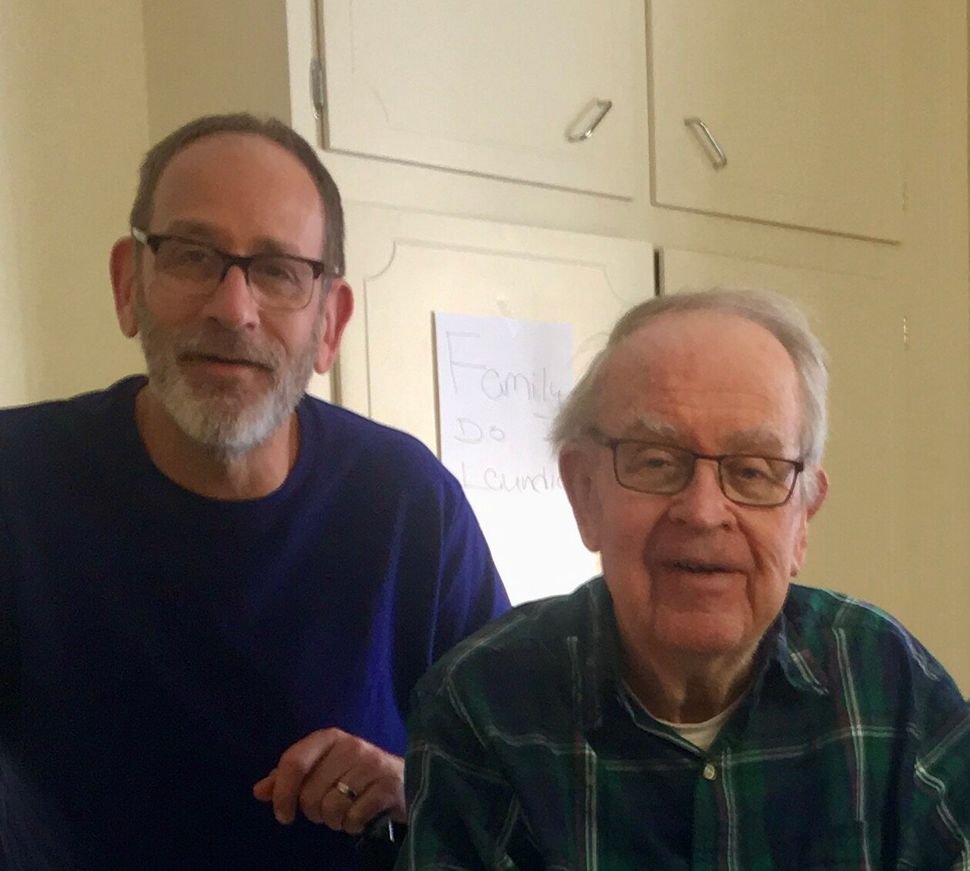