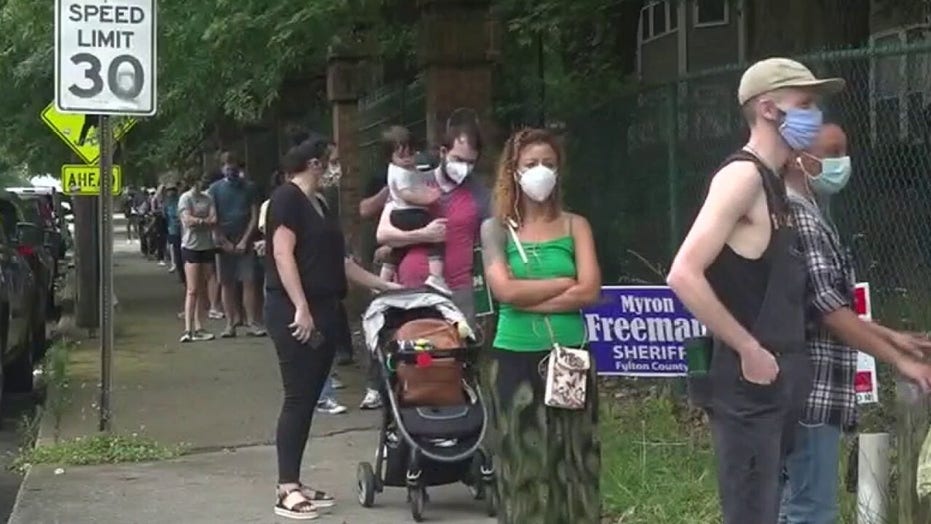 It’s been three days since Kentucky and New York held primary elections – and some of the most crucial congressional contests have yet to be called.

That’s because election officials in both states are still counting absentee ballots – thanks to a massive surge in voting by mail due to serious health concerns over in-person balloting at polling stations amid the coronavirus pandemic. Final results may not be known in some of the contests until Tuesday – a week after the elections – when the remaining absentee ballot counts should be reported.

“Over 700,000 NYC voters requested mail-in ballots,” tweeted NYC Votes, a voter assistance advisory committee. “They will not be counted until June 30. Results may not be finalized until July.”

And it’s not just New York and Kentucky.

Officials in Pennsylvania earlier this month were still counting mailed-in ballots a week after their primary. There were similar stories in Georgia and Wisconsin.

With so many outstanding ballots on Election Night, the AP and the news networks were only calling races in contests with landslide victories.

Election officials and experts warn that the primary reporting problems could be a taste of things to come in November’s general election.

“We’re heading for a chaotic November election in the middle of a pandemic,” said former conservative Rep. Zach Wamp of Tennessee. The trailblazer in Congress for political reform is now a leading figure at Issue One, a nonpartisan, nonprofit group that advocates for election reforms.

And he stressed that “it’s possible that we’re two weeks after the November election and we still don’t know who won. And shame on us if we let that kind of delay happen because we’re having plenty of early notice.”

Wamp told Fox News his nightmare November scenario is that “either party could declare that this election was such a debacle that it’s not valid and they could reject the outcome, which would be really bad because that’s a constitutional crisis.”

Michael Li – an elections expert and senior counsel at the nonpartisan Brennan Center for Justice's Democracy Program – said recently that the recent primary problems are “a big red flashing siren that states and Congress need to take the November election really seriously… It’s clear that states are not ready for this election.” 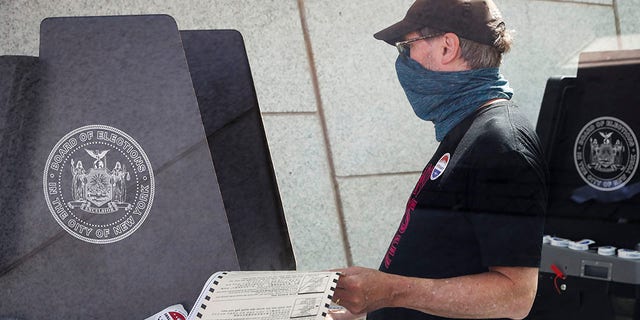 FILE – In this June 16, 2020, file photo, a voter casts their ballot at a polling station inside the Brooklyn Museum as early voting continues in the Brooklyn borough of New York. (AP Photo/John Minchillo, File)

The reason for the delay in reporting results is obvious – elections officials are being flooded by a tidal wave of absentee ballots that they’ve never witnessed before.

Absentee ballots must be processed before they can be counted, with election workers opening them up, making certain the voter is registered and filled out the correct ballot, and performing any required security checks such as verifying signatures.

Some states allow the processing of the ballots – and in some cases even the counting of the ballots – before Election Day. Others, like Kentucky and New York, don’t allow the processing and counting to start until Election Day. States also differ on when absentee ballots must be postmarked, and when the must be received. New York allows mailed-in ballots to be received up to a week after an election.

The National Association of Secretaries of State told Fox News that “the likelihood of delayed election results in November due to increased absentee and voting by mail during COVID-19, will vary by state and is an important voter education issue states are working to address.”

But the group emphasized that “slower results should not be considered harmful to the democratic process, but instead shows the commitment state and local election officials have to getting the outcome right.”

Wamp says one way to avoid November headaches is to increase early voting.

“If you don’t have robust early voting today, you can expect problems on Election Day. You can expect not to know who won because of the high increase in absentee ballots because people are concerned,” he argued. “The older and more vulnerable you are, the more you’re going to be concerned about going physically to the polls and we don’t know where COVID is going between here and there but it doesn’t look good.”

But the fight over increasing access to balloting by mail has turned into a bitter partisan battle this year.

The president and the GOP have railed against recent attempts by Democrats to increase voting by mail, arguing that it increases voter fraud. And the Republican National Committee and the Trump reelection campaign – as litigation spread across crucial general election battleground states – doubled their legal budget this year to hit back at efforts by Democrats to overhaul voting laws in response to the pandemic.

President Trump has repeatedly charged that expanded balloting by mail would lead to “massive” voter fraud.

"MAIL-IN VOTING WILL LEAD TO MASSIVE FRAUD AND ABUSE," Trump said in an all-caps tweet late last month. "IT WILL ALSO LEAD TO THE END OF OUR GREAT REPUBLICAN PARTY. WE CAN NEVER LET THIS TRAGEDY BEFALL OUR NATION."

But the president has not followed up his numerous claims that voting by mail leads to massive voter fraud and favors Democrats over Republicans with concrete proof.

Election experts do say that voting by mail is more susceptible to fraud than casting a ballot in person, but they’ve seen no evidence of widespread fraud or that absentee balloting favors Democrats.

Democrats, pushing back against the claims by Trump and the GOP, say that cases of actual voter fraud are limited and claim that Republicans are trying to suppress voter turnout to improve their chances of winning elections.

And the spotlighting of voter fraud by the president has Democrats warning of ulterior motives.

"It’s my greatest concern, my single greatest concern," presumptive Democratic presidential nominee Joe Biden said earlier this month in an appearance on "The Daily Show." "This president is going to try to steal this election. This is a guy who said that all mail-in ballots are fraudulent, voting by mail, while he sits behind the desk in the Oval Office and writes his mail-in ballot to vote in a primary."

But in an interview the next day with Fox News’ Harris Faulkner, the president seemed to downplay such fears.

“Certainly, if I don't win, I don't win,” Trump said. And he noted that if he loses reelection, “we go on, do other things.”

Trump paid little to no federal income taxes over several years as he piled up losses and debt, NYT reports

Latest Posts
Big Issue launches urgent Christmas Appeal as sales struggle
Facebook now lets you play proper games – WITHOUT downloading any apps
Trump stumping in Pennsylvania in presidential campaign's final week
Oxford-AstraZeneca coronavirus vaccine triggers immune response among adults
Apple Developing Smaller AirPods Pro, Revamped Entry-Level Model
Recent Posts
This website uses cookies to improve your user experience and to provide you with advertisements that are relevant to your interests. By continuing to browse the site you are agreeing to our use of cookies.Ok