It used to sail through Congress with big, bipartisan votes.

But now, it’s been two years since the Senate failed to reauthorize the Violence Against Women Act ― one of President Joe Biden’s signature accomplishments ― and it’s still not clear how or if the Senate will get it done.

As a senator, Biden led the passage of the groundbreaking law in 1994. He’s touted its success over the years, and made it a central piece of his legacy. He should: It was the first major federal legislative package aimed at stopping violence against women, and it has since provided billions of dollars in grants for life-saving programs aimed at combatting domestic violence, sexual assault, dating violence and stalking. Rates of domestic violence declined by more than 50% between 1993 and 2008, after the passage of VAWA, according to the Bureau of Justice Statistics.

Congress has to periodically reauthorize the act to update its grant programs and, perhaps more importantly, to strengthen the law based on what victims, survivors and advocates say are gaps in services to vulnerable populations.

Congress reauthorized VAWA in 2000, and again in 2005, with near-universal support. But when it came time to reauthorize it in 2012, House Republicans refused to support the bill because Democrats added new protections for LGBTQ, Native American and immigrant victims of violence. So for the first time, VAWA’s authorization expired. More than a year later, after an ugly political fight, House Republicans caved and enough of them agreed to support the inclusive bill, which reauthorized VAWA through 2018.

That brings us to the problem facing legislators today. Senate Republicans let VAWA’s authorization expire again in 2019 because they opposed a bipartisan House-passed bill, due to its new protections for LGBTQ and Native American victims of abuse. They also opposed a new gun safety provision that would prohibit people who have been convicted of abusing their dating partners from owning firearms, closing the so-called boyfriend loophole. Senate Democrats, meanwhile, fully embraced the House bill.

Senate Republicans were in such disarray over VAWA in 2019 that they couldn’t even agree with each other on what they wanted in their own bill. The measure they put forward stripped out the gun safety provision and the added protections for LGBTQ and Native victims of violence that were in the House bill, sparking strong opposition from tribal advocacy groups and even some Senate Republicans.

VAWA’s authorization has been expired ever since. It doesn’t mean the law itself has expired; it means uncertainty for its grant programs and no ability to update the law with protections that domestic violence advocates say are badly needed. 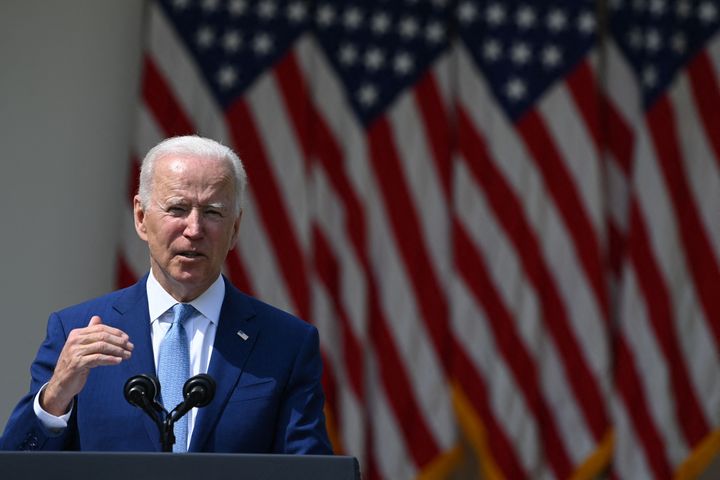 With Biden in the White House and Democrats controlling Congress, it would seem that VAWA has a smooth path ahead. In fact, the House already passed its VAWA reauthorization bill with a bipartisan vote, and they got it done so quickly that you might have missed it.

But the situation looks the same as it did in 2019: The House just passed a very similar bill, Senate Republicans are working on their own bill because they don’t like the House bill, and Senate Democrats need to come up with something that can get 60 votes to clear a filibuster. With the Senate now evenly divided at 50-50, that means Democrats need to find 10 Republicans to join them.

“I learned firsthand the devastating effects of this,” said Hill, who is currently suing a conservative news outlet for publishing some of the photos without her consent. “We knew that VAWA was the best chance of this happening versus in a standalone bill. And it belongs in it.”

It’s still early to know how the fight will play out. Late last month, as senators were heading out of town for a two-week recess, Sen. Catherine Cortez Masto (D-Nev.) said VAWA hasn’t even come up yet in closed-door Democratic caucus meetings. But she remembers how disastrous it was the last time the Senate tried to reauthorize it.

“They killed it,” she said of Republicans.

Sen. Joni Ernst (R-Iowa), who took the lead on the GOP’s bill last time, said in late March that she is “absolutely” working on the Republican version again this time. Most of the text of her bill is done, she said, adding that it is “very similar” to Republicans’ 2019 bill.

One change is that Sen. Lisa Murkowski (R-Alaska) is working on the provisions affecting Native American victims of violence. Murkowski, a strong ally of tribes, could be key to bridging the divide between Democrats and Republicans on that portion of the bill. But there remain major differences on the gun safety provision and the added protections for LGBTQ victims of violence ― both of which are priorities for Democrats.

Asked late last month if she’s talking to Democrats as she hammers out her portion of the GOP’s VAWA bill, Murkowski said, “I’m working with everybody. Democrats, Republicans, independents, advocates. I want to get VAWA reauthorized.” 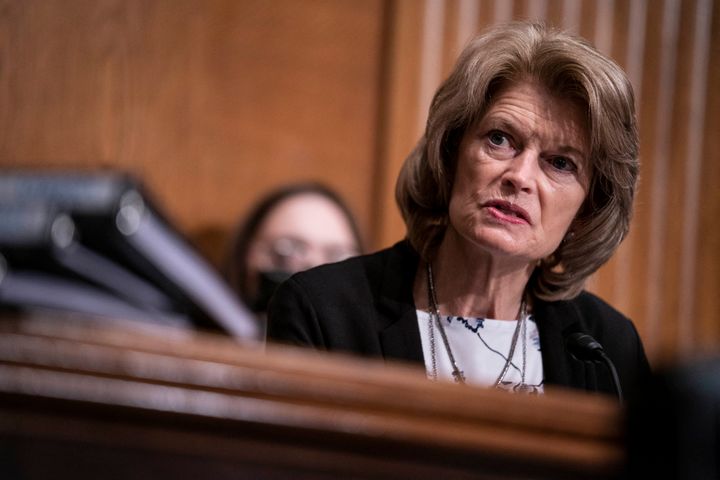 Ernst said she hopes to introduce the GOP’s bill by mid-April, and sounded a much more collaborative tone than she did in 2019.

“The hope is if we have over 10 Republican sponsors of this bill, we can go to the Democrats and say, ‘Hey, we have people that are willing to work on this. Let’s come up with a bipartisan solution,’” she told HuffPost. “We want to get the majority in the Senate, and then be able to push that back to the House.”

And Biden might get personally involved, like he did in 2012 when he was vice president and House Republicans held up its reauthorization for a year. Even if it’s not dominating the news cycle, VAWA is clearly on his radar. When the House passed its bill last month, Biden issued a lengthy statement urging the Senate to act and emphasizing that the coronavirus and economic crises have fueled an increase in domestic abuse.

“Domestic violence is being called a pandemic within the COVID-19 pandemic, with growing evidence showing that the conditions of the pandemic have resulted in escalated rates of intimate partner violence, and in some cases more severe injuries,” the president said. “Delay is not an option.”

A White House spokeswoman did not respond to a request for comment on whether Biden is prepared to get directly involved in VAWA negotiations on Capitol Hill.

But as time ticks on, it’s clear that he and his closest advisers are eager to get VAWA back on track. Just before the House passed its bill last month, Biden’s longtime aide and chief of staff Ron Klain tweeted about his own history with the law.

“I was on @JoeBiden’s staff 30 years ago when he first introduced the VAWA in the Senate,” said Klain. “We hope the House will pass this long overdue reauthorization today.”

Dinosaurs WERE wiped out by giant killer asteroid and not mega-volcanoes, scientists reveal

Teachers' unions ‘overplaying their hand' as students suffer by being out of classroom: Spellings