As states lift lockdowns, workers called back to their jobs have little recourse if they think their workplace is unsafe.

The Trump administration has encouraged states to terminate unemployment benefits for people who refuse to go back to work. And if workers are worried their employer is creating an unsafe work environment ― by not requiring mask use or enforcing social distancing, for example ― the administration has said those individuals should file a complaint with the Occupational Safety and Health Administration.

That’s what Brian Bevan, who worked at a store that sells gas fireplaces and grills near Philadelphia, did after his boss asked him to return to work last month after furloughing staff in March. Bevan installed fireplaces and did routine maintenance inside people’s homes, which he felt was a bad idea amid an ongoing pandemic. He filed a complaint with OSHA saying his employer was risking its employees’ health by continuing the home visits.

“They had the mayor, they had all kinds of people going on TV telling people to stay home,” he said.

When the lockdowns started, it was typical for firms that didn’t seem so essential ― think closet installers and used car dealers ― to deem themselves exempt from government restrictions on commerce that were meant to slow the spread of the coronavirus. It’s not hard to understand why, as the pandemic has devastated small businesses across the country.

Now every state has begun reopening, forcing many workers back to their jobs even though there’s still no national strategy for testing.

Pennsylvania relaxed restrictions in most counties that had been on the strictest lockdown protocol earlier this month. Bevan’s employer, Salter’s Fireplace Patio Grill, does not appear on the list of businesses exempt from the state’s closure order. (Several fireplace shops that do similar work, however, appeared on a separate list of firms told they did not need to ask for an exemption.)

The OSHA guidance for in-home repair work states that if the work is routine or preventative, rather than an emergency, then businesses should “consider postponing the work and not entering the dwelling until the COVID-19 pandemic ends.”

But like so much else coming from OSHA during the pandemic, it was little more than a friendly recommendation: “This guidance is not a standard or regulation, and it creates no new legal obligations.”

Bevan provided emails indicating he’d talked to an OSHA compliance officer about filing the complaint, but said he doesn’t know its status. “When I spoke to OSHA initially they said a fireplace shop was the farthest thing from essential that he ever heard of,” he said.

The owners of Salter’s did not respond to HuffPost’s requests for comment. They were not oblivious to the risk facing their employees, telling them in an April guidance document that if they’re entering a residence they should ask if anyone is sick and for people to vacate the room where work is happening.

Bevan, 42, said his wife is immunocompromised and that one of their children has respiratory problems. He didn’t think it would be wise to enter people’s homes at all, especially since he’s usually doing new, elective installations rather than repairs that help people heat their homes.

“I was very worried about bringing [the coronavirus] home and being the cause of my wife dying,” he said. “She was told by her doctor she was not allowed to leave the house.”

A few weeks after he filed his complaint, Bevan said, his manager told him in an email that the company was letting him go. The company has apparently not challenged his unemployment claim, however, and he has kept his unemployment benefits. He said he’s starting a new job in July that won’t involve going into people’s homes. 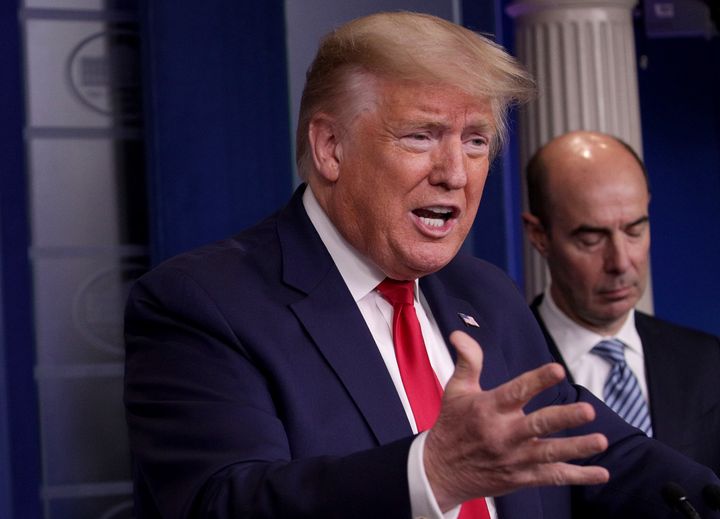 U.S. Labor Secretary Eugene Scalia testified to Congress on June 9 that as a result of “several thousand” workplace safety complaints, OHSA had issued one citation related to coronavirus, for a recordkeeping violation at a Georgia nursing home. But he noted that the agency has six months from the date of an alleged violation to investigate and reach a decision.

“It’s been less than six months since the virus came here, so we have a number of cases that we are investigating and if we find violations, we will certainly not hesitate to bring a case,” Scalia said.

An OSHA spokesperson confirmed to HuffPost that there is still only one citation related to the coronavirus as of this week. “OSHA is continuing to enforce its guidance related to worker safety and health during the pandemic,” the spokesperson said in an email.

Debbie Berkowitz, a workplace safety expert at the National Employment Law Project, said OSHA has “abandoned its responsibility” to make sure employers are taking proper precautions.

“They have refused to issue enforceable requirements ― and instead issued guidance, which is not required. Employers can choose to implement the guidelines or ignore it,” Berkowitz said in an email.

On Thursday, OSHA put out new guidance reemphasizing its previous encouragement that employers try to keep their workers safe, also saying that employers should not retaliate against workers who raise safety concerns.

Workers all around the country have been put in a bind similar to Bevan’s. Many employers ignored stay-home orders or crafted dubious legal arguments claiming they were exempt from closure. Frustrated workers turned to their local health departments, state agencies and sometimes OSHA ― often finding little recourse as they were pressured to clock back in.

The OSHA guidance on in-home repair work suggests Bevan should have been entitled to stay home during the pandemic while his job waited for him. But an inspector would not have obvious grounds to shut down a fireplace shop since the guidance is not legally enforceable.

OSHA’s lax enforcement amid the coronavirus has frustrated workplace safety experts. The agency has declined to enact an emergency safety standard for health care facilities. There’s no evidence yet that it has used an enforcement tool already at its disposal: the ”general duty” clause, which states that employers must provide a workplace free from hazards likely to cause harm or death ― although it’s possible that citations are coming.

The Labor Department, the agency that includes OSHA, has defended its performance during the pandemic, saying it has carried out an “unprecedented response.”

Even in normal times, it can be hard to get OSHA to cite an employer. The agency is not adequately staffed and funded to carry out its mission of enforcing safety standards in workplaces across the country. An analysis from union federation AFL-CIO last year found that it would take 165 years for OSHA to inspect every worksite even once, given its current resources.

Attrition at the agency during the Trump years has only made OSHA’s work more difficult: The 862 inspectors OSHA had at the start of this year was the lowest number on record since 1975, according to one analysis.