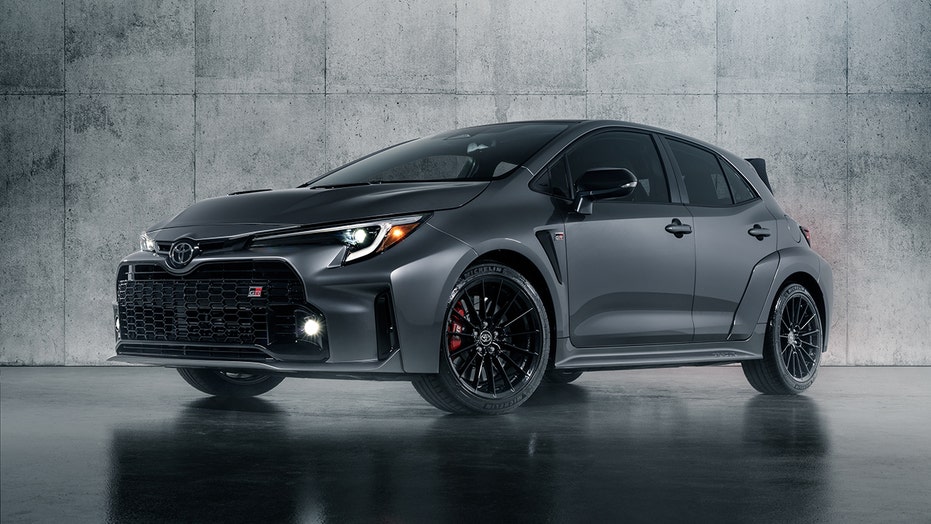 The 2022 Toyota GR 86 is the third generation of a surprising sports car survivor. Fox News Autos Editor Gary Gastelu takes it to the track to find out why.

Toyota last December revealed plans to lunch a full lineup of over a dozen electric vehicles by 2025, but it’s taking a small detour before then. 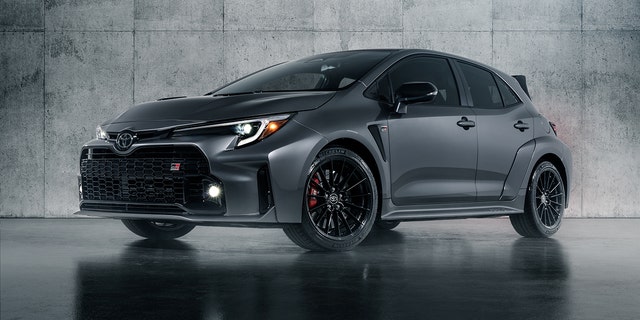 The Toyota GR Corolla is the most powerful version of the model ever.
(Toyota)

The 2023 Toyota GR Corolla is the polar opposition of an electric car. 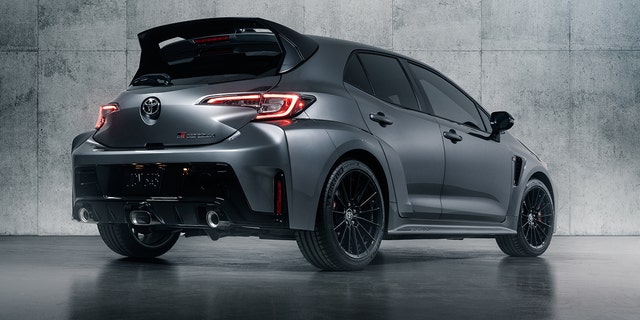 The all-wheel-drive hatchback is only available with a manual transmission.
(Toyota)

The GR Corolla is a four-wheel drive blazing hot hatchback powered by a 300 hp turbocharged 1.6-liter 3-cylinder engine and only available with a six-speed manual transmission. 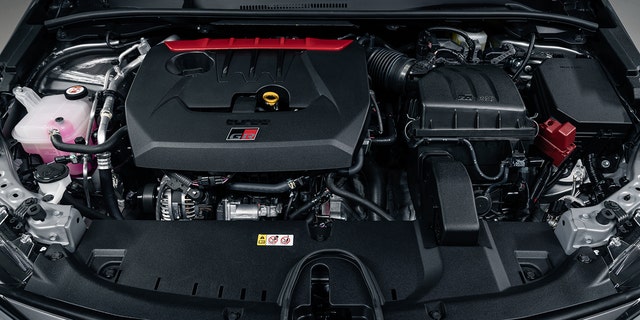 The GR Corolla is powered by a 300 hp 1.6-liter turbocharged three-cylinder engine.
(Toyota)

The GR in the name is short for Gazoo Racing, the brand’s Motorsports arm, and is also featured on the GR Supra and GR 86 sports coupes. 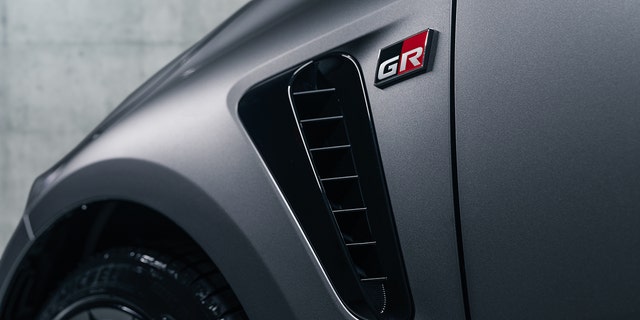 GR is short for Gazoo Racing, which is Toyota’s Motorsports arm.
(Toyota)

The GR Corolla takes its inspiration from rally cars and allows the driver to adjust the all-wheel-drive system’s front to rear power distribution from 60/40 to 50/50 or 30/70, to adjust its handling. 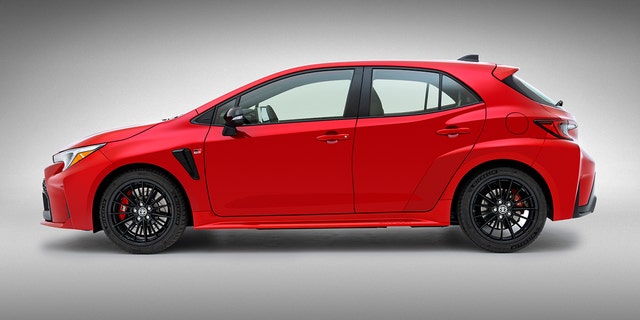 The GR Corolla Core is the entry level model.
(Toyota)

Two models will be offered, the Core and Circuit Editions, with the latter equipped with front and rear limited slip differentials for improved track performance. The LSDs are also optional on the Core, which presents more of a blank template for customization.

The GR Corolla is nearly 2.5 inches wider than the standard Corolla hatchback and its flared fenders wrap around as set of high performance 235/40R18 Michelin Pilot Sport 4 tires. It’s hood and front door panels are made from aluminum to reduce weight and the Circuit Edition gets a forged carbon fiber roof to further lower the vehicle’s center of gravity to improve handling. 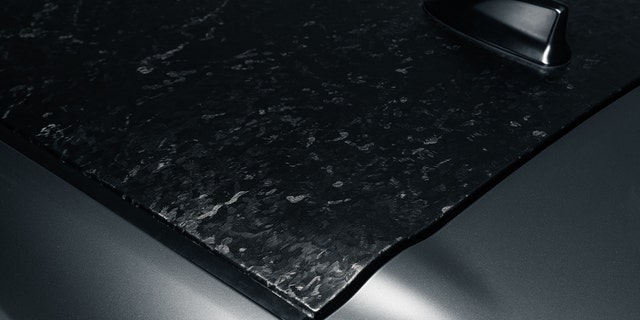 Unique sport seats and stitching accent the interior, and the GR Corolla carries over features from the standard model including its 8-inch touchscreen infotainment system and a full suite of electronic driver aids including dynamic cruise control and lane-keeping assist. 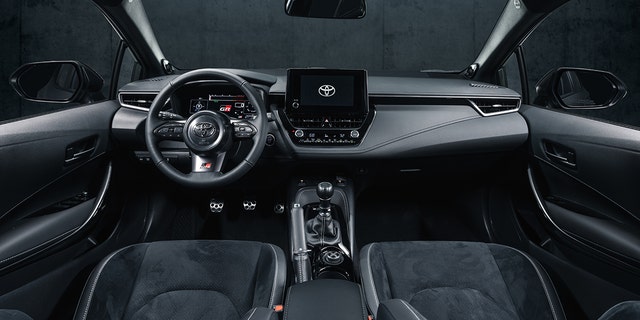 Pricing will be announced when the GR Corolla goes on sale later this year.