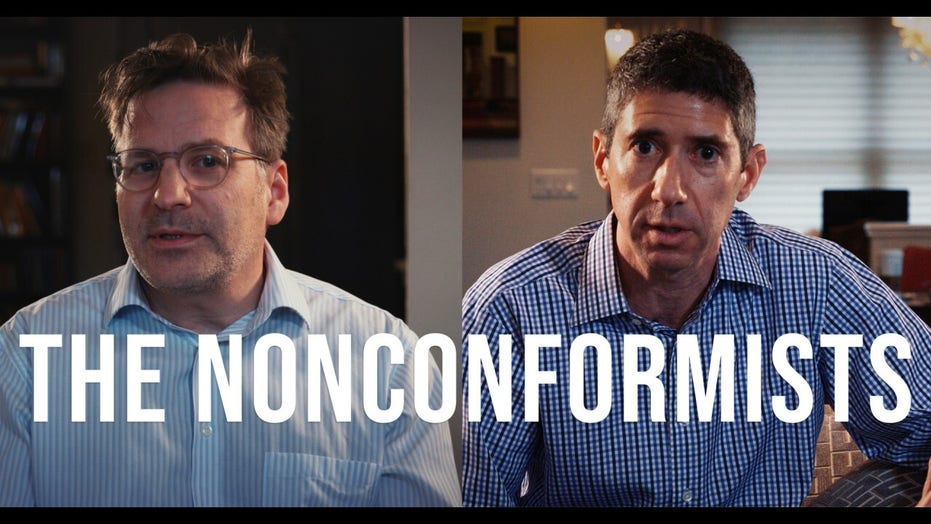 Paul Rossi used to work at Grace Church School in lower Manhattan as a math teacher to the city’s privileged children. On the Upper East Side, a former investment banker named Andrew Gutmann used to walk his young daughter past the security guards dressed in red cardigan sweaters onto the elite grounds of Brearley School. Both Rossi and Gutmann had never crossed paths before they wrote their letters excoriating their schools’ embrace of Critical Race Theory, a rebellion that severed their ties with these schools. These two men seemed to have little in common based on outward appearances, yet the names of Rossi and Gutmann will be yoked for the time being and perhaps into the distant future because of their refusal to conform.

When the letters from these two men were featured on the Substack page, “Common Sense with Bari Weiss,” the reaction was instantaneous and their names became known overnight to many Americans. In many ways, what they did was far from remarkable. They argued for a return to the principles of the Enlightenment that helped found America and for the rejection of Critical Race Theory that colored these very principles as white supremacist. What made the acts of Rossi and Gutmann remarkable was they took the step their fellow Americans feared.  They wrote their letters to confront an ideological force that threatened their dissent with the charge of racism, the modern-day scarlet letter that can lead to unemployment and ostracization of varying sorts. Indeed, Rossi and Gutmann were branded as racist.

This battle began decades earlier. The academics behind Critical Race Theory had woodshedded their ideology for years, sharpening each branch of their belief system into buzzwords or mantras that could be introduced piecemeal into our brand-driven culture. “White Privilege” became the major flashpoint during the George Zimmerman trial. “Systemic racism” largely defined the town of Ferguson after Michael Brown was killed. It was not until the killing of George Floyd that Critical Race Theory, the mother ideology to all of these buzzwords, including antiracism,  was mainstreamed into the American public.

What gave Critical Race Theory its vast power was that it offered Americans the moral absolution from the charge of racism in return for conforming to its tenets. It did not matter that this offer was illusory and self-serving.

During my interview with Rossi, he explained that the Critical Race Theory vision of America actually preserved the privileged WASP culture that sits on top of the American society and runs many of its elite schools. These American aristocrats had excluded blacks and Jews (like Gutmann’s family) from their institutions for countless years; they sought to escape this mark of shame by embracing the woke spirit of Critical Race Theory.

Rossi then explained how this benefited the WASP culture in two key ways. The admission of “we are all white and we all suffer from these biases” allowed these WASPs to erase class distinctions and appear to be “more of a common man” as they achieved a sense of solidarity with the Americans beneath them. At the same time, this move allowed the WASPs to feel morally superior to other Americans who refused to submit to this ideology, especially the poorer and “racist” whites.

Put another way, this embrace of Critical Race Theory preserved the supremacy of the WASP culture while doing little to nothing to make lasting and transformative change in the lives of the American underclass.

When one understands this, it is not surprising that the first major battles over Critical Race Theory began in the elite private schools in New York City. There was plenty of money and will to hire Diversity, Equity, and Inclusion (DEI) companies to affect rapid change in the curriculum of these schools.

When Gutmann’s daughter attended kindergarten five years ago, she was encouraged to express herself freely while painting her self-portrait. Today, kids in the same class are given flesh-colored crayons with the exclusive task of getting their skin color right.

The true power of this elite class — parents, school officials, academics, DEI consultants — lies their willingness to use one of white supremacy’s evils to advance their agenda: racial discrimination. One of the key tenets of Critical Race Theory maintains that it is morally permissible to racially discriminate against another race as long as it racially engineers blacks and other approved minorities upward.

In valuing racial engineering over development, these elites exposed Critical Race Theory not as a force for the good but as America’s latest racial ideology. And in the tradition of racial ideologies, Critical Race Theory has already produced racial absurdities, such as condemning the principles of Enlightenment as white supremacy while using the tools of white supremacy to racially engineer change.

When I interviewed Gutmann, he described how Brearley School wanted to impose Critical Race Theory not only into the classrooms but into the homes of the students as well. This overreach revealed that these elites knew that the strength of their racial ideology depended on their ability to force others to conform. They knew deep down that if enough folks began to question their use of race to advance their cause, their house of cards would fall.

Both Rossi and Gutmann refused to conform to this ideology because they saw that the molding of minds into true believers came at the expense of educating well-rounded and independent individuals. There is perhaps nothing worse than hearing school children from Miami to Anchorage recite mindlessly the same ideological cliches over and over: “More work needs to be done,” “We want to have difficult conversations,” “Check your privilege,” “Silence is violence…”

Neither Rossi or Gutmann would object to education reforms to reflect America’s diverse peoples; what they refused to accept was the reduction of timeless and, in many cases, universal education principles down to skin color. They also objected to the elites reducing the complex and rich humanity of Americans down to an over-simplistic dichotomy: racist and antiracist. They knew that this produced a distorted sense of reality that benefited only the few on top. After all, what can the rest of Americans do with a racial ideology that demands conformity in how they think, how they speak, and how they view themselves without offering any real solutions to the larger problems in society?

So Rossi and Gutmann embraced the long cherished American tradition of nonconformity. After withstanding the initial howls of racism, mockery, condescension, and after being placed on leave (Rossi), and after losing friends and colleagues, Rossi and Gutmann stand stronger than ever, unbowed. They knew that the act of conforming cut themselves off from their true selves and the only way to reclaim the purest of freedoms was to become a nonconformist. In doing so, they reminded me of a quote by Eleanor Roosevelt: “When you adopt the standards and values of someone else you surrender your own integrity. You become, to the extent of your own surrender, less of a human being.” This is perhaps the most significant lesson that Rossi and Gutmann imparted upon the youths in their world and the rest of America when they decided not to conform to those who use the tool of race in the name of “progress.”

Rep. Vicky Hartzler: I’m a House member caught up in scary attack on Capitol by our own citizens