That’s according to brother and sister cofounders Emily and Mark Stallings, who created Casely, a phone-case brand that’s amassed 209,000 followers on Instagram. This year, they made Forbes’ “30 under 30” list.

They said brands can no longer just throw products at influencers and expect to impact the e-commerce market. “In the past, companies were able to do that, but because Instagram is so saturated with brands, you have to just chip away,” Emily told Business Insider.

“We focused on keeping that loyalty and customer satisfaction in our product quality at a high,” Mark said. “Then we just leverage social media and paid social ads to scale us up from where we were.”

Mark, 23, is the CEO and Emily, 26, leads creative direction and web development. They explained how they surpassed 100,000 Instagram followers and boosted sales through micro-influencers, photographers, and brand ambassadors.

If you’ve used social media or influencers to grow your brand, Business Insider wants to hear from you. Please email your story to [email protected]

Starting from a bedroom-operated eBay business 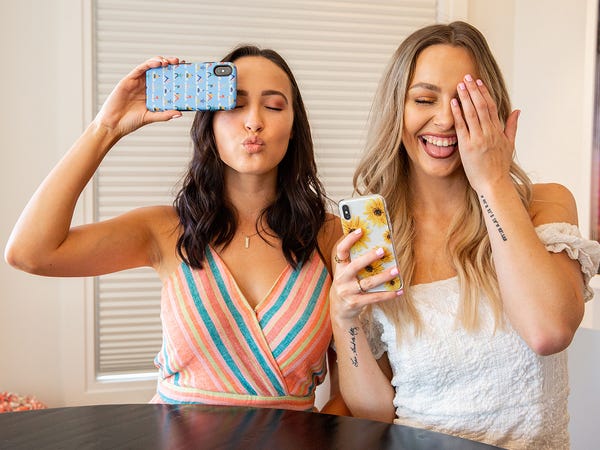 Mark was an entrepreneur from age 13. He started a business called Chef Bliss from his bedroom selling tech accessories on eBay. He then leveraged that into an Amazon business after taking a couple online courses on Amazing.com, a membership service that teaches business owners how to scale.

“He doesn’t like to brag, but he literally had a warehouse out of our house,” Emily said.

Mark said he sold his business in 2016 (and at age 19) to his largest competitor, Systems Limited, for $250,000. That year, he saw opportunity in the tech-accessories market for a phone-case subscription model, so he put that money into his next venture, which became Casely.

“I saw a hole in the market where women were shopping around month to month, based off of new designs that are coming up, staying with fast fashion,” Mark said.

Meanwhile, Emily was working for a healthcare marketing agency, but told her brother at dinner one night that she didn’t think it was the right path for her. “I wanted to be a little bit more creative and more in control of what I was doing,” she said.

He pitched her his idea, with her as their in-house phone-case designer, and they officially launched the company in 2017. “When he said that I could just be designing, and with a phone case you can design whatever you want, every single day, I was very excited,” Emily said.

They built their Instagram presence before launching any products 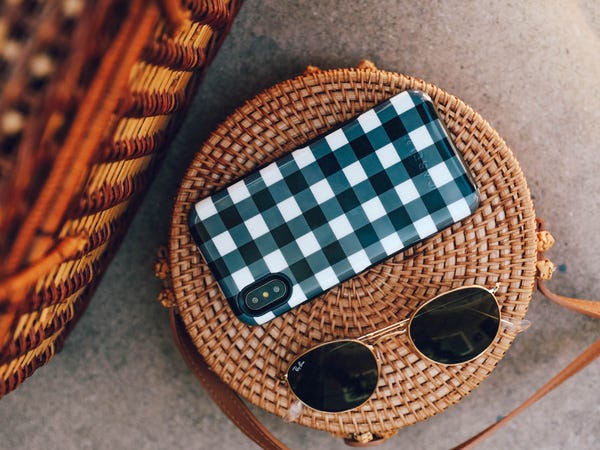 Emily and Mark started Casely as an Instagram-first business, meaning their social account was live and active three months before they released any products. “We basically got our business off the ground through Instagram,” Emily said.

Emily created all the first images and content on their account, while Mark said he was on the app for about eight to 10 hours a day, responding to messages, getting feedback, and contacting people to collaborate with. “You want to be a personality or a lifestyle rather than a product,” Emily said.

Casely’s first posts made it clear the company’s mission was to connecting its cases to fashion and millennials. One post showed a marble-pattern phone case sitting on the table of a Brooklyn coffee shop, framed by a cappuccino and potted plant. Another early post styled a turquoise phone case draped with a stone pendant necklace.

They launched with their initial subscription model, but soon realized they’d have more success with individual product sales. “It didn’t take off right away,” Mark said. “I think we had 500 subscribers after the first couple months.”

Based on early feedback, they realized that customers wanted to try their cases to test the quality, so they started selling cases separate from the subscription. Last year, Mark said one-off retail sales are 98 to 99% of their business.

Customers are a part of the design process 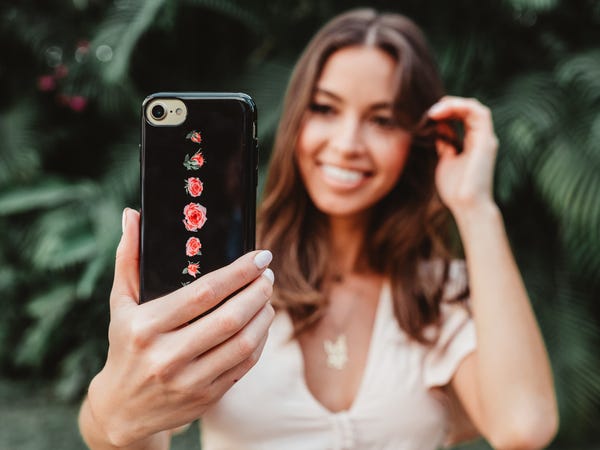 To set their cases apart, Emily draws inspiration from anything around her, whether it’s a graffiti wall in Brooklyn or a traffic cone on the street. “Every phone-case company was selling the exact same design, or some iteration of them,” she said. For example, basic designs like the ubiquitous marble print or a generic floral pattern are easy to find on Amazon. Casely has its fair share of marble and floral-print cases, but they also offer a wider range of styles including shiny crocodile skin, rainbow tie-dye, and a dripping donut.

But customer feedback is the biggest driver of what makes it into production. “We can take ideas from our customers and create them pretty quickly. It’s a lot of taking their feedback and actually creating a product that they want,” she said.

For the first couple years, they focused on getting unique designs into the market and forming a group of loyal customers. The company now has three major collections: “classic” cases are based on what’s trendy and stylish, “bold” has an extra-protective design, and “power” is the battery-powered charging cases.

“We were able to use those customers’ feedback to then build new products like our bold collection or power collection, which was what they were asking for,” Mark said.

Emily said that engaging with their customers generated buzz before they launched their products and really set them apart from other phone-case companies, whether it was a direct message or a comment on their posts. “We weren’t just strictly selling it. We were talking about the lifestyle behind the person using that case,” Emily said.

They also started a brand-ambassador program to get their most loyal customers into one place. They’d ask ambassadors to take surveys and test out new products. “If they were happy, we knew that we could go from that and then scale it up,” Mark said. 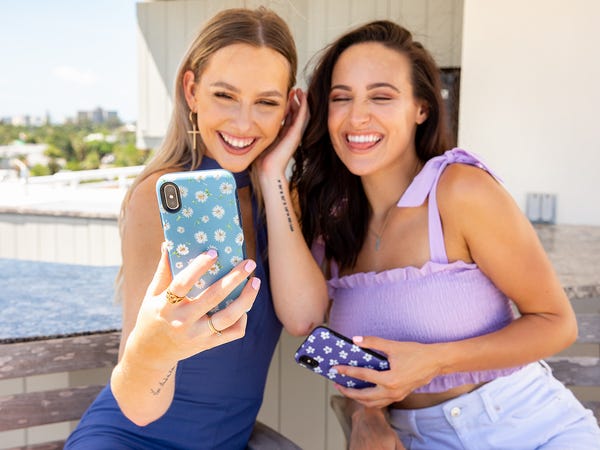 The cofounders discovered that micro-influencers were a more effective way to get their phone cases into more hands. Instead of competing against a plethora of brands trying to reach the 1% of Instagram elite, they contacted influencers with 10,000 followers or less.

“They can create good content for a much lower cost or even for free product. That’s why we’ve been able to populate our feed with really interesting content that hasn’t been too redundant or boring,” Emily said.

Photographers are the unseen stars 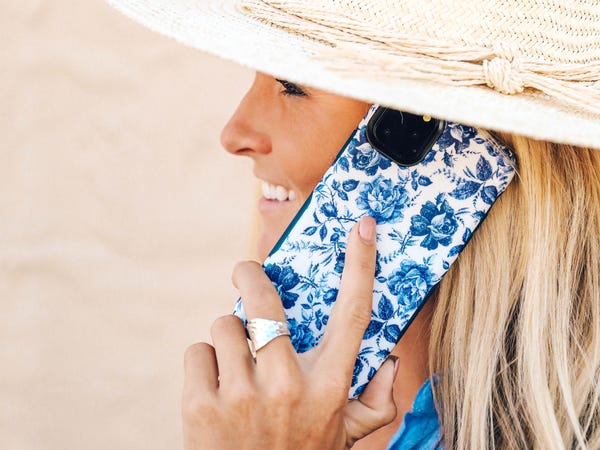 Although they don’t receive as much hype as influencers, photographers who work with influencers are an integral part of Casely’s marketing strategy. They serve a double purpose: to create content and connect the brand with other influencers.

Photographers typically have influencers modeling for them, so the influencers often repost the content they’re featured in. “[Photographers] usually have connections with larger influencers, as well as micro-influencers that are just trying to get off the ground,” Mark said.

Casely started without paying photographers, targeting people who needed to build up their portfolios. The brand still works with a couple of those photographers, but now pays them, as they’ve grown their following alongside Casely.

According to the document, when Casely hires a new photographer they agree to one shoot. If it goes well, the photographer signs a three- to four-month contract that typically requires 30 photos or more per month. Payment depends on how many followers the photographer has, but typically ranges from $5 to $50 per photo.

Casely does work with larger influencers and has contracts with about 10 influencers with 30,000 to over 100,000 followers. The document said these influencers are more expensive to hire than photographers. Mark told Business Insider that Casely does not pay influencers per post on Instagram, though it will pay to obtain the rights to content. Those deals range from $500 to $1,500 for an Instagram post, Instagram story, or for five to 10 photos.

The brand found that influencers who publish one to three posts per month have the highest return on investment. “Their followers see that the influencer actually likes our brand as opposed to just taking money for a one-off post,” Mark wrote in the document.

Chris Cuomo rips CNN's own report on Biden WH 'starting from scratch' on vaccine rollout: 'No, they're not!'