Genius, the inventor Thomas Edison once said, is 1 per cent inspiration and 99 per cent perspiration. He might have added: In business, it’s also almost 100 per cent commercialisation.

That’s a final lesson for General Electric, the industrial conglomerate Edison helped found that’s being split into three after nearly 130 years — as well as for Toshiba, once effectively GE’s Japanese unit and now also considering a division into three separate businesses. 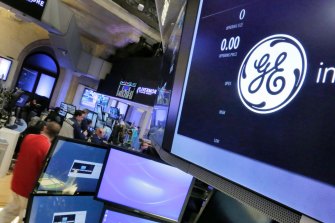 A failure to keep up with how equity and debt markets changed in the 21st century is one of GE’s many issues.Credit:AP

GE had always liked to think of itself as a hotbed of research and development in the model of Edison’s Menlo Park laboratory. From the start, though, the company drew as much from the financial brilliance of its co-founder, John Pierpont Morgan, as from Edison’s engineering prowess. A failure to keep up with how equity and debt markets changed in the 21st century is at least as important an element in its downfall as industrial missteps.

GE’s history can be seen as a series of credit innovations. The company was put together as a rescue merger by Morgan to bail out Edison’s disastrous bet against alternating current as the future of electricity distribution. Morgan, the archetype of a Gilded Age “robber baron” industrialist, saw the business as a vehicle to dominate the new market in electricity in the same way John D. Rockefeller’s Standard Oil controlled the US petroleum industry. It was a trick Morgan later repeated in building US Steel from Andrew Carnegie’s empire.

Getting monopolistic control of an entire industry requires colossal volumes of capital. That wasn’t easy at a time when the storekeepers and farmers who dominated the US bond market preferred to extend finance to municipalities, railways and public utilities rather than industrial businesses.

Morgan’s solution was to take control of his customers, establishing the Electric Bond & Share Co. to acquire shares in power companies, who could then borrow at low rates and in turn purchase GE’s generating equipment. When the Great Depression of the 1930s left households without the cash flow for consumer appliances such as refrigerators, the company repeated the trick by setting up GE Credit with the same purpose: provide finance for customers to buy its products.

In that sense, the roots of GE’s downfall came long before Jack Welch, the chief executive officer in the 1980s and 1990s, allowed its financing arm to grow into a behemoth. GE Capital was the fifth-largest lender in the US on the eve of the 2008 financial crisis, with about 4 per cent of the entire market in short-term commercial paper loans. Bloated it was, but GE Capital wasn’t an aberrant development in the company’s history. Instead, it was the final flowering of an ideal of credit-driven growth that had run through the business since it was built by America’s greatest financier.

Even the conglomerate structure that current chief executive Larry Culp’s split will finally dismantle was in some ways a response to credit conditions. When debt is scarce, lenders are unwilling to provide cash to foster new and innovative businesses — but they’ll happily fund a blue-chip giant, a factor that once gave industrial conglomerates a crucial advantage over smaller businesses. By borrowing using its enormous balance sheet, GE could funnel cash at below-market rates into riskier ventures, helping to innovate faster and perfect the many inventions that emerged from its Research Laboratory: lightbulbs, power stations, X-ray machines, electric cookers, radios, televisions, lasers, jet engines and nuclear power.

A supreme irony is that this model — designed to make GE as attractive as possible to risk-averse lenders, holding the highest possible AAA credit rating for more than half a century — should have become associated with Welch’s crusade to maximise shareholder value. The audacity of that ambition was not only that it ignored all the other responsibilities an enterprise has — from employees and supply chain to the places where it operates and pollutes. It was that if there was one thing GE had always been about, it was value not for shareholders but for bondholders, a group whose interests should always be in tension with the owners of stock.

The ageing and senescence of GE’s business model matches that of the US population that had always funded its aspirations. Life expectancy has increased from 48 years in 1900 to nearly 80 now, meaning there’s a far larger population of retirees living off their savings. As a result, the scarce credit that played such a role in GE’s rise is now so super-abundant that there’s more than $US13 trillion ($17.8 trillion) in debt trading with a negative yield. Borrowers pay for the privilege to lend money. High-yielding sub-investment grade debt takes up a larger and larger share of the US bond market every year. 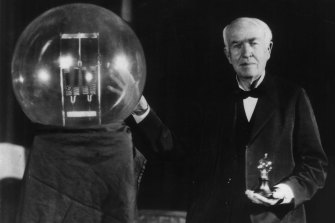 Today’s conglomerates (so successful that we barely associate them with that tarnished term) are by and large profitable enough to ignore the benefits of even that super-cheap cash. Amazon.com, Apple, and Berkshire Hathaway, quite as diverse in their operations as any old-style conglomerate, have remained constitutionally debt-averse even as they’ve grown into blue-chip businesses worth, at times, trillions.

The final irony comes not from their fate, though, but from a company named after Edison’s arch-rival. Fuelled by junk bonds and hubris, Tesla has dedicated itself to building the electric cars that Edison himself tried and failed to develop. It decisively overtook GE’s market cap early in 2020, two years after its clown prince of a founder settled a case of fraud with the securities regulator. Before a recent stock slump driven by a poll on Elon Musk’s Twitter account, its pile of shareholder value was briefly worth 10 times that of General Electric.

“The first thing is character, before money or property or anything else,” JP Morgan once said. “A man I do not trust could not get money from me on all the bonds in Christendom.” In that, as in so much else, GE now seems like a relic of a bygone age.

Even Virtual Goods From China Are Taking a Hit From Coronavirus