Operating a child care center was never a big money-maker in the best of times, but running one during a pandemic is basically like taking a bunch of money and setting it on fire.

Arlean Cole, who runs a child care center called Arlean’s Little Treasures out of her home in Harvest, Alabama, says she’s spending about $3,500 a month in overhead costs to stay open right now. She’s only bringing in about half that amount in tuition.

Only six of her usual 12 kids are still attending, and they’re only doing half-days. The ones coming in are the children of essential workers, and the rest are at home with parents who are teleworking and reluctant to send their kids to day care during a pandemic. Those parents are asking Cole to hold their spots, and they’re not paying her.

Cole is down to just one employee, from her usual three. The 44-year-old mother of six children, who has been running her own day care for seven years, isn’t sure how much longer she can stay in business.

“It’s like I’m working for free,” Cole told HuffPost. “I give myself two or three months. If it doesn’t go back to what it was, I’ll have to close down or drastically cut it to two or three kids.”

She paused, then added, “I can’t survive on that.” 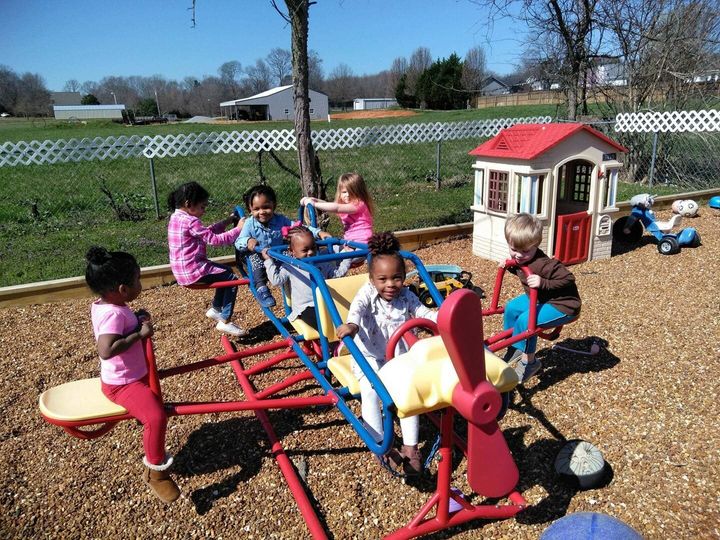 Parents around the country are wondering when it will be safe to send their kids back to day care, but soon they might not even have the choice. Many child care centers, even the ones that are open now, may not be around much longer.

According to one estimate, half of licensed operators won’t make it through the pandemic; another survey found that only 11% of child care providers believe they can survive indefinitely without help.

And help is not where it should be, say advocates and child care providers. They were pushing for at least a $50 billion bailout from Congress, something that close to 30 Democratic senators support. But the stimulus bill House Democrats unveiled this week includes far less than that: $7 billion in block grants to states to use on child care.

That’s a lot of money ― in normal times ― for an industry that has been chronically underfunded for decades. Indeed, the money in the HEROES Act, when combined with the $3.5 billion in grants that Congress tucked into the CARES Act back in March, amounts to more than the federal government typically spends on child care in a given year, said Rebecca Ullrich, a senior policy analyst at the Center for Law And Policy who works on early childhood education.

But these are pandemic times. About 60% of child care centers are shut down entirely. These businesses operate on thin margins, relying primarily on tuition from parents.

It would cost $9.6 billion a month to give operators enough runway to last through six months of shutdowns, according to an estimate Ullrich helped put together.

In a letter to House leadership sent Wednesday, advocates from 45 different groups, including Ullrich’s organization, the National Women’s Law Center, National Association of Elementary School Principals, and the Children’s Defense Fund, are urging representatives for more.

“Our nation’s child care system is on the brink of collapse, with serious implications both now and in the future,” reads the letter. “Without sufficient relief, there will not be a child care system to return to as we look to rebound from this crisis.”

Policymakers Aren’t Getting It

“I don’t think policymakers are understanding how big the problem is and how much it’s going to take to fix it,” said Katie Hamm, vice president of early childhood policy at the Center for American Progress. “I think people are underestimating how much child care providers can really bear before they just collapse.”

Even large child care operators are hurting. The YMCA, a national nonprofit with branches around the country that offer services to more than 8 million children a day during non-pandemic times, could lose as much as $2.5 billion if coronavirus-related closures stretch into the summer, said Heidi Brasher, a senior director at YMCA of the USA.

The organization pivoted to handle child care for essential workers during the crisis ― 1,071 centers are still open, fewer than half ― but the money coming in is a fraction of what it was before. And like everyone else, individual centers are seeing higher costs and reduced revenues.

“It’s a struggle every day for YMCAs to figure out how they’ll continue to operate. Already about 95% of employees have been laid off or furloughed,” she said. “As nonprofits, they operate at 2% to 3% margin. You can quickly see that will run out.”

Is The Neglect Sexist?

Advocates were truly expecting more from Congress. After all, child care seems to be on everyone’s minds in this crisis. Parents around the country are struggling to care for children home from school. Policymakers seem to be finally paying attention to the issue, experts have been saying for weeks.

As the focus in the U.S. turns to getting people back to work, there’s been a wide recognition it would be impossible without an operational child care infrastructure.

And then this stimulus package dropped.

“I was completely surprised,” said Linda Smith, director of the Bipartisan Policy Center’s early childhood development initiative. “We expected there would be more consideration for this whole issue given the complexity of family’s lives and going back to work.”

Child care is an industry that has long been overlooked and undervalued. Taking care of young children — “women’s work” — hasn’t been seen as skilled labor. And when caring for children finally did become more of an occupation, it was something done by women of color in the homes of more affluent middle-class or higher-income white women.

“There is this historic, long-standing underfunding that is a byproduct of sexism, a byproduct of racism,” Ullrich said. “And now we are having to convince people that not only it was never enough but now we need so much more, and we need it fast.”

“It’s been a really uphill battle to make that case,” she added.

It’s not hard to conclude that the child care crisis is getting short shrift because it’s a woman’s crisis: 94% of child care workers are women, and a majority are women of color.

The whole industry is subsidized — not by government funds, really, but by the cheap labor these women provide. The average hourly pay for a child care worker is $11; many women earn the minimum wage or close to it, including some women with decades of experience.

More than 330,000 child care workers lost their jobs in April.

And for each one woman working as a caregiver, several more women —  mothers — depend on her. Mothers around the country can’t go back to work if their child care center shutters.

Part of the problem is that the child care industry is unlike any other — a private sector operation doing something that is very much in the public interest.

It’s primarily made up of small private operators like Cole, who works from her home. Close to 90% of the industry is private. But there are also large nonprofit players like the YMCA and a couple of big for-profits like Bright Horizons, which services the employees of big companies.

“Child care is probably one of the most complicated things we have in the country,” Smith said. “The child care system in this country ― there really isn’t a system. We use that term loosely.”

Some money does come in from federal and state governments, but it’s nothing like what K-12 education gets.

No one is particularly worried that their local elementary or high school is going to vanish when the pandemic recedes. State and local taxes fund schools — and there’s federal funding, too. In fact, there is close to $60 billion for K-12 schools in the HEROES Act.

In contrast, child care is a market-based industry. It survives based, sort of, on supply and demand. Right now demand is low, and the industry needs a bailout to prop up that demand until it returns.

“Everybody’s petrified of a second phase,” she said. Like other providers, she worries about recent reports of illness surfacing in young children. “Parents are just extremely nervous.”

Even though she has fewer children coming in for shorter days, Cole is doing more work. The toys need to be cleaned and sanitized daily; there are check-ins and temperature screenings to do each day.

She has also struggled to simply secure the cleaning supplies that are absolutely essential right now. So far, she’s been relying on parents to donate items she can’t find in stores. The Facebook page for her child care center is sprinkled with photos of Lysol cleaner, bleach and toilet paper, accompanied by messages reading “Thank you for the supplies.” Over and over.

Some child care providers have been able to get money through the Payment Protection Act, a small business loan program Congress established in March. Businesses get loans and don’t have to pay them back if they keep a certain percentage of employees on the payroll.

Cole just learned this month that she can get $8,000 through a second round of funding to the program, but she’s pretty sure she’ll have to pay back the loan. Plus, the money will likely only get her through a couple of more months.

“I would actually be better off closed. I really would,” she said. “People say, ‘You’re in it for the money.’ I mean, yeah, this is a job.” She’s staying open now for the parents and for her one employee more than anything else.

Cole’s six children range in age from 11 to 17. The house can get kind of wild.

“We call it the zoo,” she said, laughing. Her husband makes himself scarce during the day. “When he knows day care is about to open, he’s gone. And he’ll come back when we’re closed. He’ll even call, and ask, ‘Is everybody gone?’”

“To be honest with you, I don’t know where I can go and work that’s going to let me maintain my lifestyle,” she said. “I have six kids. Where am I going to work where I can take care of six kids?”