The Age increased its digital and print audience to a total of more than 4.5 million in December, its highest recorded readership. 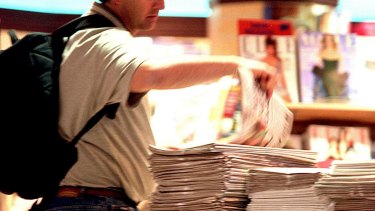 Enhanced Media Metrics Australia data reported by news publishing industry group NewsMediaWorks found The Age's audience grew from 4.336 million in November to 4.579 million in December and is up 18.5 per cent compared with the same time the previous year.

The total makes The Age the country's second most read masthead and the most read in Victoria, with an audience more than 500,000 higher than that of the Herald Sun, which had 4.017 million readers in December.

The Sydney Morning Herald remains the country's No. 1 masthead, with 8.175 million readers for the month, its second highest readership since a new form of measurement, aimed at capturing readers on mobile and other devices, was initiated.

EMMA is collated by NewsMediaWorks, whose members include publishers such as Nine Entertainment Co (owner of this masthead), News Corp and Seven West Media.

"The continued growth in digital audiences and the strength of print audiences demonstrates there are no more-trusted media channels in the country than news media," Mr Miller said.

News Corp's best-performing title in December was The Daily Telegraph, with 4.532 million readers.

Seven West Media's The West Australian and The Sunday Times had 3.461 million readers in December.