The coronavirus has sent many workers home for the indefinite future, leading to haphazard home office setups and working from couches. Autonomous, a company that makes home office furniture, is releasing a tiny office pod.

The Zen Work Pod is available for preorder through the end of August at different prices depending on how many have already been sold. The first ten pods are priced at $5,400, up to $14,900 for later buyers. The "monastically inspired design," as described by Autonomous, has just enough room for a one person office setup, with a desk and chair.

Autonomous says that working from the minimalist pod will eliminate distractions and be "your own private working realm." For now, preorders are only being accepted in the continental US.

The pod is made from sustainable oak and walnut, aluminum, and tempered glass. 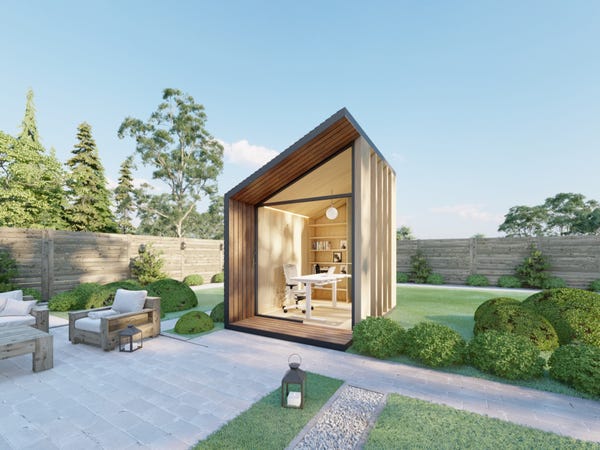 The space is small and enclosed for privacy while working, but nearly ten foot tall ceilings and a glass wall make it feel open. 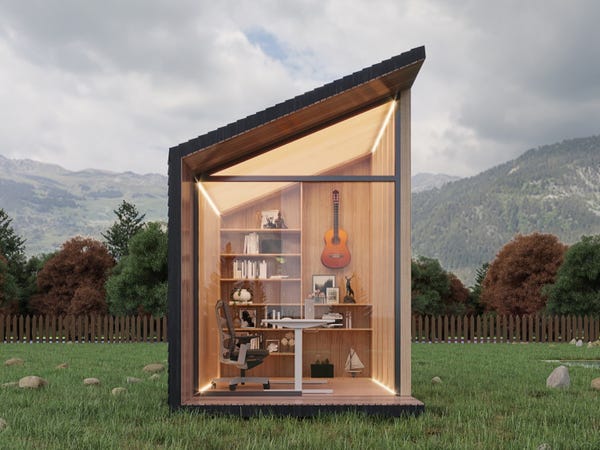 Autonomous will deliver and set up the Zen Pod, which needs about 250 square feet of space for the foundation. 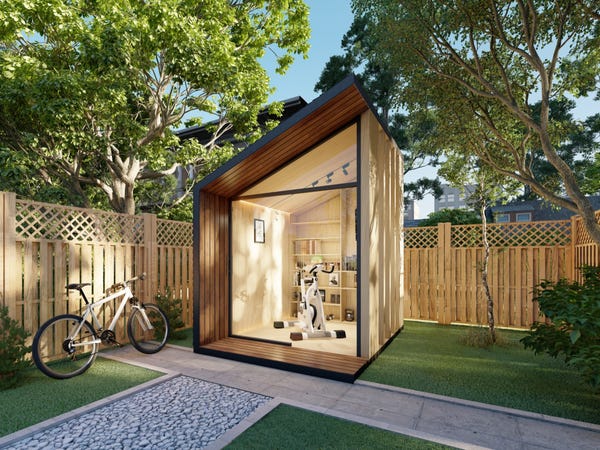 It will be delivered in a 20-foot container. 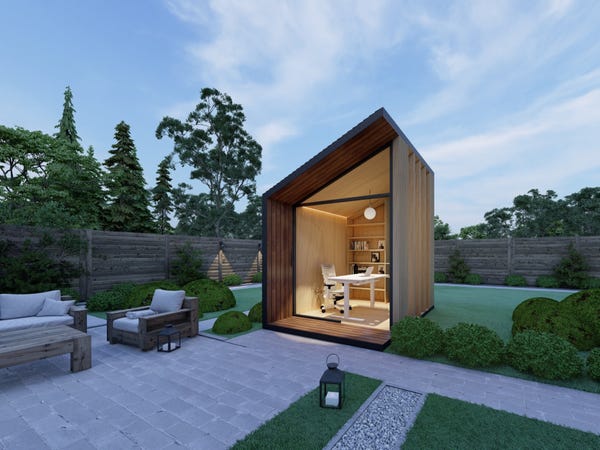 Once shipped, the pod should come in under four days, with only 72 hours of assembly. 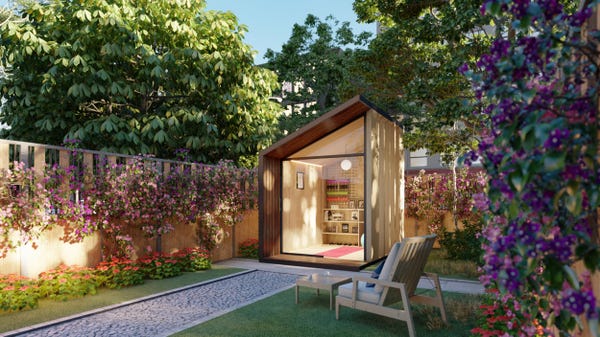 Autonomous suggests the the pod only be occupied by one person. 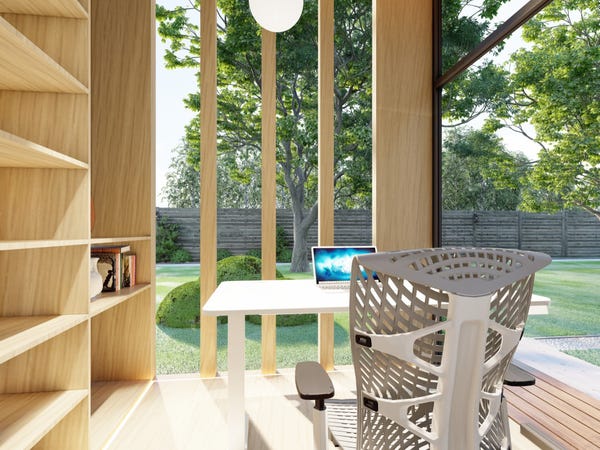 Inside, there's room for a desk, chair, and a built-in bookshelf; just the essentials for working an office job at home. 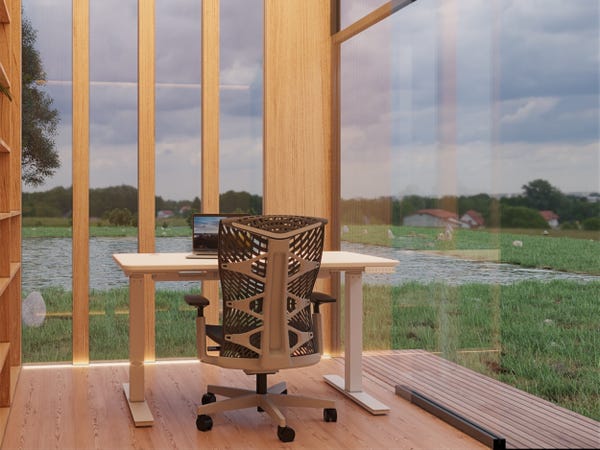 The pod comes already furnished with a smart desk and chair from Autonomous, and the ability to add air conditioning or heat. 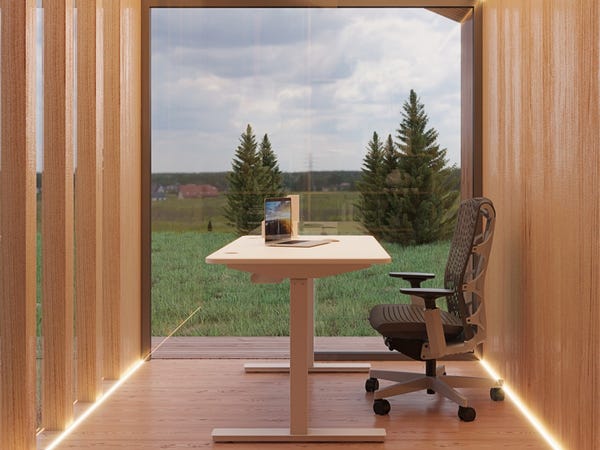 With slightly different decor, the pod could be used for anything, like as a yoga studio. 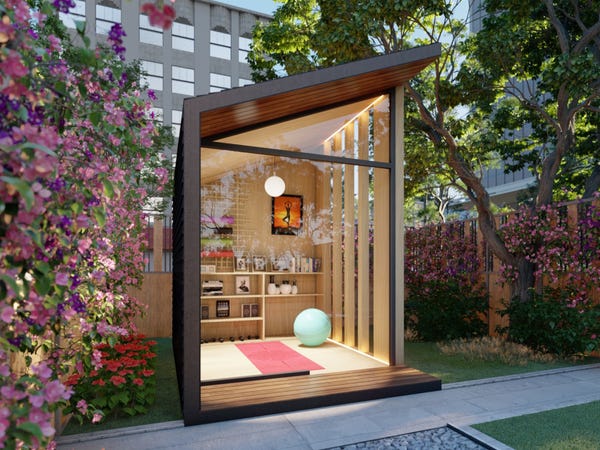 Autonomous says the Zen Pod can be powered through a wire connection to the owner's home or other power source. 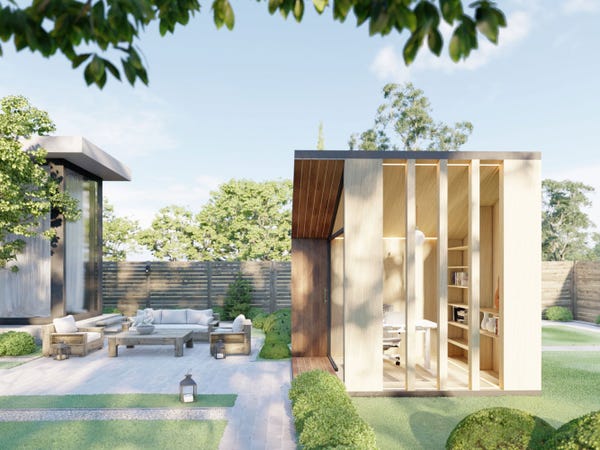