After a yearlong battle with lung cancer, Rush Limbaugh died Wednesday morning at the age of 70.

Throughout his career, the conservative radio talk show mogul was making an estimated $33 million a year. It is believed he amassed a net worth of over $600 million at the time of his death.

Limbaugh left Florida and headed to New York City in 1988 in order to concentrate on building his career. However, the media icon left the Big Apple for good by 2010 and returned to the Sunshine State after the city enacted a tax hike.

While living in Manhattan, Limbaugh resided in a Fifth Avenue condo with 10 rooms and a view of Central Park. He later unloaded the home for $11.5 million. 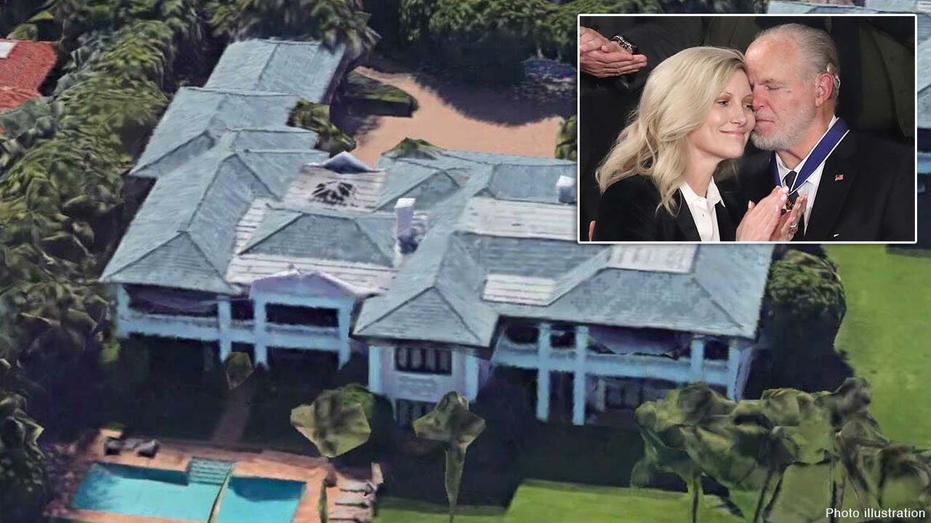 When he returned to Florida permanently, he also relocated his business and began broadcasting his radio show a mile from his Palm Beach oasis.

When he returned to Florida permanently, he also relocated his business and began broadcasting his radio show a mile from his Palm Beach oasis.

At first, Limbaugh purchased the Palm Beach estate in 1998 for a paltry $3.98 million and used it as a vacation getaway home, Florida property records show.

Once he relocated there for good, the radio legend, along with his wife, Kathryn Rogers, transformed and expanded the home to include three additional structures. They were able to do this by buying neighboring land.

The two-story property was originally built in 1992. 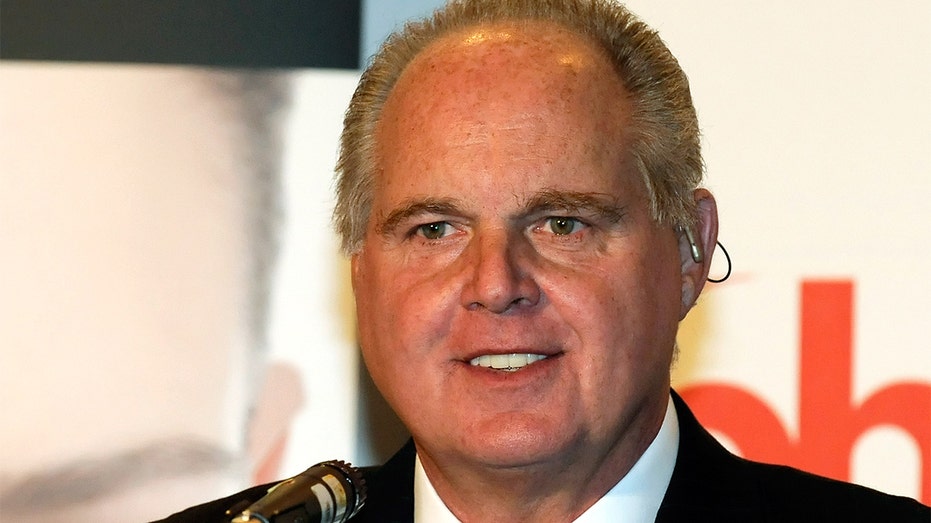 After a yearlong battle with lung cancer, Rush Limbaugh died Wednesday morning at the age of 70. (Photo by Ethan Miller/Getty Images)

Spanning more than 34,000 square feet, the primary residence boasts seven bedrooms, 12 baths and a private elevator. There’s also a two-story library which is a “scaled-down version” of the library at the Biltmore Estate in North Carolina. It has an additional four guest houses and a guard station for 24-hour security services.

The estate includes two oceanfront acres with a private beach. It also features a pool and putting green.

The home is estimated to be worth about $50 million today, according to a Zillow estimate.

Limbaugh’s home was subject to national headlines in 2012 after a bomb squad was summoned to the estate for a suspicious package discovered on the scene. Ultimately, it was eventually determined it was not hazardous.

Although Limbaugh was married four times, he had no children. But his wife of 11 years will be in good hands. Kathryn, 44, married Limbaugh in 2010 in a lavish Hawaiian-themed wedding bash headlined by none other than Sir Elton John.

“I know that I am most certainly not the Limbaugh that you tuned in to listen to today. I, like you, very much wish Rush was behind this golden microphone right now, welcoming you to another exceptional three hours of broadcasting,” his wife told listeners in a surprise announcement on his radio show Wednesday. 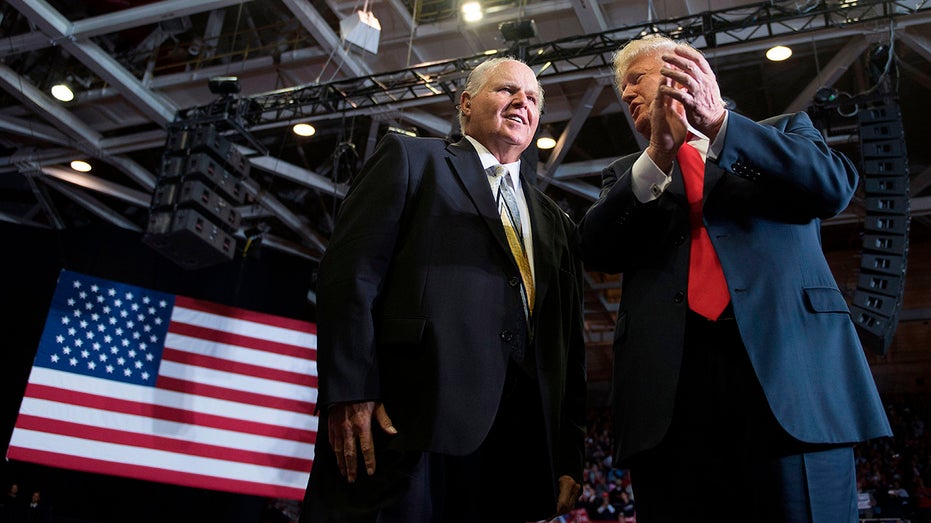 Throughout his career, the conservative radio talk show mogul was making an estimated $33 million a year. It is believed he amassed a net worth of over $600 million at the time of his death. (Photo by JIM WATSON/AFP via Getty Images)

“For over 32 years, Rush has cherished you, loyal audience, and always looked forward to every single show. It is with profound sadness I must share with you directly that our beloved Rush, my wonderful husband, passed away this morning due to complications from lung cancer.”

Limbaugh is considered the most listened-to talk show host in history — beating out Howard Stern for the No. 1 spot over the last decade.

In his first post-White House interview, Donald Trump dialed in to Fox News to remember the late host.

“Three or four days ago, I called him,” Trump said. “His fight was very, very courageous and he was very, very sick and, you know, from diagnosis on. It was just something that was not going to be beat, but you wouldn’t know it.”

Trump added that Limbaugh “told me he was married to an angel.”

“Every time I spoke to him, he would tell me how great she was. She took such great care. He was very brave — I mean he in theory could have been done four months ago, really. He just, he was fighting ’til the very end. He was a fighter,” Trump said.

Clashes broke out between Trump supporters, Proud Boys, counter-protesters, and police after thousands gathered in DC to contest the election results