McAllen, Texas Mayor Javier Villalobos says his city is starting to be affected ‘quite a bit’ by the migrant surge at the southern border.

McAllen, Texas Mayor Javier Villalobos said he is "happy" former President Trump is visiting the southern border and told "Varney & Co." that "hopefully this brings attention to the issues we have."

"We welcome any elected official, whether state or federal," Villalobos, a Republican who was elected mayor of McAllen earlier this month, told Fox Business' Stuart Varney on Tuesday. "We need to do something to tighten our borders … and we are not necessarily talking necessarily about a wall."

VARNEY: THE LEFT WILL TRY TO GRAB WALL STREET WEALTH

Villalobos stressed that "we need some enforcement somehow, one way or another, because it is starting to affect us quite a bit now." He noted that in McAllen, "we used to have maybe 500 crosses through McAllen."

"This past week we’ve had over 1000 a day and it’s starting to be a little burdensome on the city," he continued, stressing that "we shouldn’t have to be spending a single dollar on federal issues."

Villalobos made the comments one day before Trump is scheduled to visit the U.S.-Mexico border with Texas Republican Gov. Greg Abbott. Trump described the border as an "unmitigated disaster zone." The president said in a press release that he had accepted Abbott's invitation to visit the "decimated" border, a deteriorating situation that he attributed to the Biden administration’s decisions to reverse many of his immigration policies. 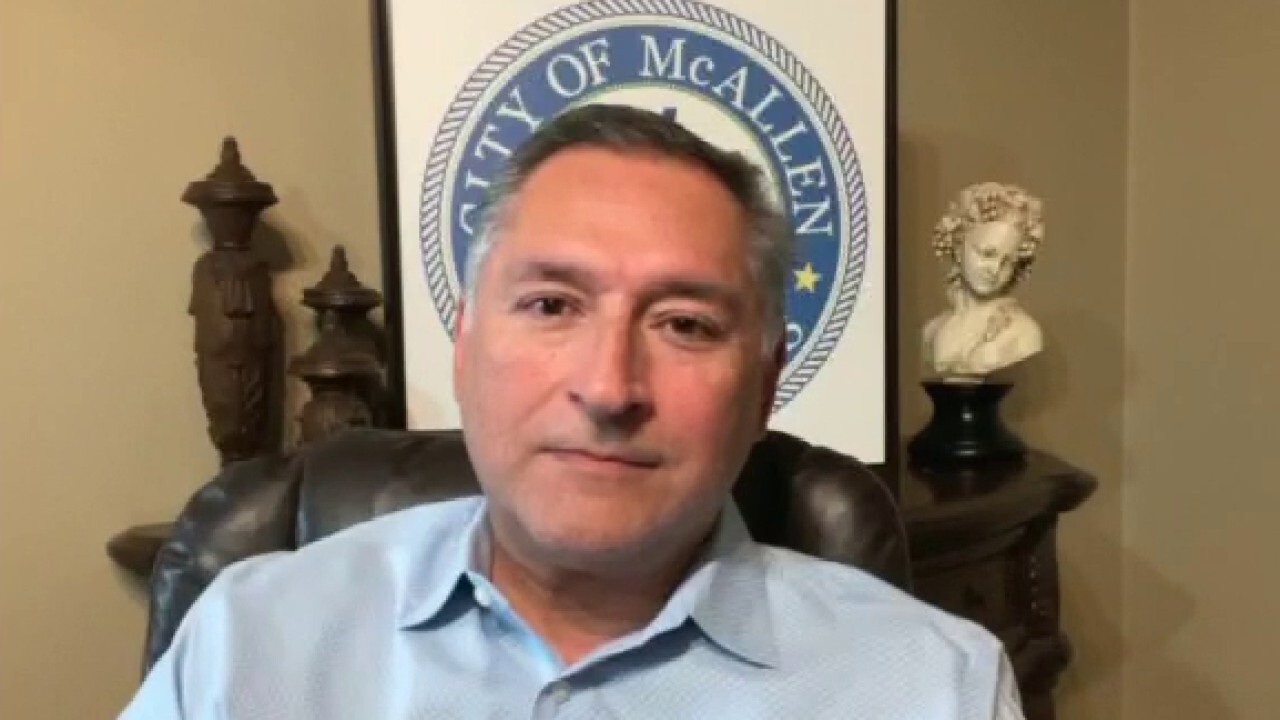 McAllen, Texas Mayor Javier Villalobos: ‘We welcome any elected official’ to the area

McAllen, Texas Mayor Javier Villalobos says he is ‘happy’ former President Trump is visiting the southern border and says ‘hopefully this brings attention to the issues we have.’

President Biden scrapped a number of his predecessor's immigration policies, which included wall construction and having asylum seekers remain in Mexico instead of in the U.S. while they wait for their cases to be heard. The moves have led to a record surge in migrants, including unaccompanied minors, that has strained capacity at immigration facilities.

During a press conference, Harris touted "extreme progress" made by the Biden administration in tackling the migrant surge despite inheriting a "tough situation" due to the "disastrous effects" of the Trump administration’s border policies. When asked why she visited El Paso, instead of areas that have been more acutely hit, like the Rio Grande Valley Sector, Harris explained that El Paso was where a number of Trump policies, like the Remain-in-Mexico policy and child separation policies, were implemented.

When Varney asked Villalobos if he has "heard anything from Vice President Harris," he responded, "No actually."

"This is a lion’s den. This is where the action is," he explained. "I think this is a place where they can talk and they what the issues are."

"You can go to El Paso, you can go to different areas, but here we have a lot of people coming in and we need to do something," he continued. "We’ve been expending our municipal funds and we shouldn’t have to."

Villalobos added that he would welcome President Biden or any other federal or state official to come see the issues his community is facing due to the immigration crisis.

A White House spokesperson did not immediately respond to FOX Business’ request for comment.