WASHINGTON – Jose Sanchez and Sonia Gonzalez have lived in the United States legally for two decades under a program that lets immigrants from nations enduring natural disasters and armed conflict temporarily avoid returning to their native countries.

But when the New Jersey couple applied for green cards – which would let them remain permanently – they were denied because they initially entered the country illegally.

The Salvadorans sued in 2015 and the Supreme Court will hear their appeal Monday in a case that has drawn little attention in Washington even as it has raised significant questions about the Biden administration’s approach to immigration – not to mention the status of hundreds of thousands of immigrants living in a state of limbo.

“We want to keep families together and something like this would just be another bump in the road for people to be able to continue to be with their families,” said Maria Zavaleta, a spokesperson with the National TPS Alliance, a group that advocates for immigrants who benefit from the Temporary Protected Status program.

Critics of TPS say it was intended to provide temporary relief, not permanent residence.

Immigration disputes have largely fallen off the high court’s docket this year after President Joe Biden took office: Many legal questions raised by President Donald Trump’s administration are now moot because Biden abandoned the previous policies. But in this case, it was President Barack Obama’s administration that denied the green cards and it is Biden’s Justice Department that has defended that decision in court.

That has vexed immigrant advocates and experts who note the White House proposed a bill this year to address the same issue involved in the case. The proposed U.S. Citizenship Act, which faces long odds, would let Sanchez and Gonzalez apply for green cards given their current status – no matter how they entered the country.

“Look, this is a no brainer,” said Paul Wickham Schmidt, a Georgetown University law professor and former immigration judge. “Why waste time on it? The administration has indicated they’d like to regularize many [TPS beneficiaries] and…instead they’re defending a gimmick cooked up by Stephen Miller,” Trump’s onetime policy adviser. 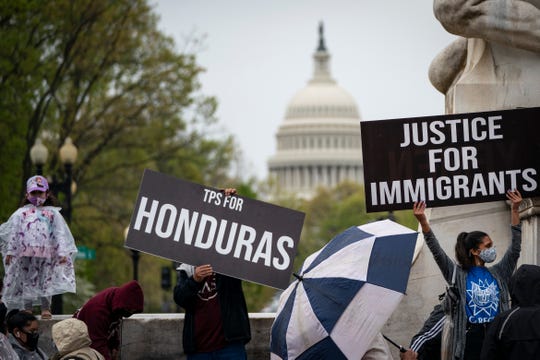 Activists and holders of temporary protected status (TPS) rally near Capitol Hill calling for Congress to pass the Safe Environment from Countries Under Repression and in Emergency (SECURE) Act on April 14, 2021, in Washington, D.C. The SECURE Act would allow qualified TPS recipients to apply for legal permanent residency. (Photo: Drew Angerer, Getty Images)

A Justice Department spokeswoman did not respond to a request for comment.

The justices will hear oral arguments as the Biden administration wrestles with a crisis at the U.S.-Mexico border, an influx of Central Americans seeking harbor in the United States. The number of migrant encounters on the border increased 71% in March compared with February, according to recent Department of Homeland Security data. Those migrants are not eligible for the protection at issue in the case.

“The people who accepted TPS did so with the understanding that when circumstances allowed, they would return to their home country,” said Ira Mehlman, a spokesman for the Federation for American Immigration Reform, which supports tighter immigration laws. “They are the ones who entered into the agreement in bad faith.”

Some 400,000 people, most of them from El Salvador, live in the United States under the TPS program, which permits certain foreign nationals to remain if the administration decides conditions in their country prevent them from safely returning. The Biden administration designated two new countries for the program last month – Venezuela and Myanmar – bringing the number of countries to 12.

Several of those designations have been extended for years. 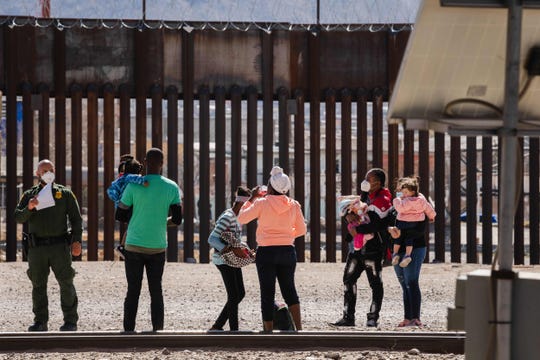 For El Salvador, for instance, President George W. Bush first granted TPS in 2001 following two earthquakes – and the status was repeatedly extended. To be eligible for TPS, an immigrant must prove they have been in the US since the designation.

At issue in the dispute before the Supreme Court is whether TPS beneficiaries are eligible to apply for green cards even if they initially entered the country illegally. Federal law requires green card applicants to have been “inspected and admitted or paroled into” the United States. Sanchez and Gonzalez say the admission happened when they were granted TPS. Both the Trump and Biden administrations disagree.

Sanchez and Gonzalez won in district court but the Philadelphia-based U.S. Court of Appeals for the 3rd Circuit reversed, creating a split with other appeals courts. If the Supreme Court upholds the decision TPS recipients would have to leave the country before applying for lawful permanent residency – with no guarantee of being accepted.

Immigrant advocates have been focused on another lawsuit, filed after Trump attempted to end TPS designations for several countries, including El Salvador, in 2018. The California-based U.S. Court of Appeals for the 9th Circuit sustained Trump’s decision, but TPS remains in place while the case is appealed. Designations for El Salvador, Haiti, Honduras, Nepal, Nicaragua and Sudan were extended through early October.

Critics contend that allowing TPS beneficiaries to apply for green cards would undermine the whole point of the program.

“Throughout immigration law there are incentives against illegal entry and visa overstaying, and basically illegal residents in the country, and the interpretation that the plaintiffs want would fly in the face of that longstanding congressional policy of disincentivizing illegal immigration,” said Christopher Hajec, director of litigation at the conservative Immigration Reform Law Institute.

The Supreme Court has managed to avoid a number of scorching immigration issues. In March it dismissed challenges to Trump’s “public charge” rule, a 2019 regulation denying green cards to immigrants if officials determined they might benefit from safety net programs. Biden rolled back some parts of the policy last month and his administration is studying the rule more broadly. 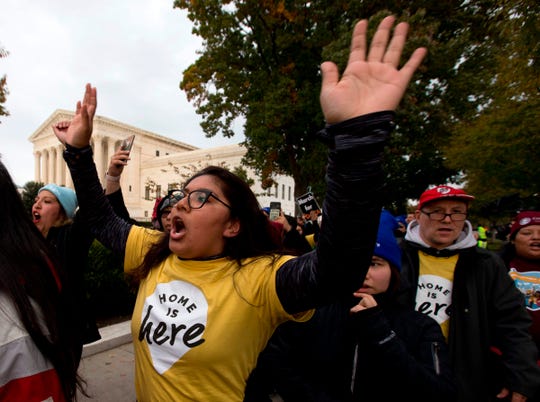 Demonstrators arrive in front of the U.S. Supreme Court during the Home is Here march for Deferred Action for Childhood Arrivals (DACA), and Temporary Protected Status (TPS) on Nov. 10, 2019 in Washington. (Photo: Jose Luis Magana, AFP via Getty Images)

In early February, the court canceled scheduled arguments about funding for Trump’s border wall as well as his administration’s “remain in Mexico” policy, which bars migrants seeking asylum from crossing the border. The Biden administration also successfully withdrew an appeal over Trump’s policy of withholding federal money for local governments known as “sanctuary” jurisdictions.

No similar request has been made in the TPS case.

“Integrate them into our society rather than leaving them in permanent limbo – in theory, that’s what the Biden administration says it wants to do,” said Schmidt, the former immigration judge. “Only here’s their first chance to make it happen and they don’t connect the dots.”

Disney’s ‘Star Wars: The Bad Batch’ airs on Star Wars Day, May 4—here’s how to watch it