AN EXPERIMENTAL Nasa X-plane that soars "quietly" at supersonic speeds is on track to be built before the end of the year.

The stealthy jet's sonic boom is expected to sound no louder than the thump of a car door closing at ground level. 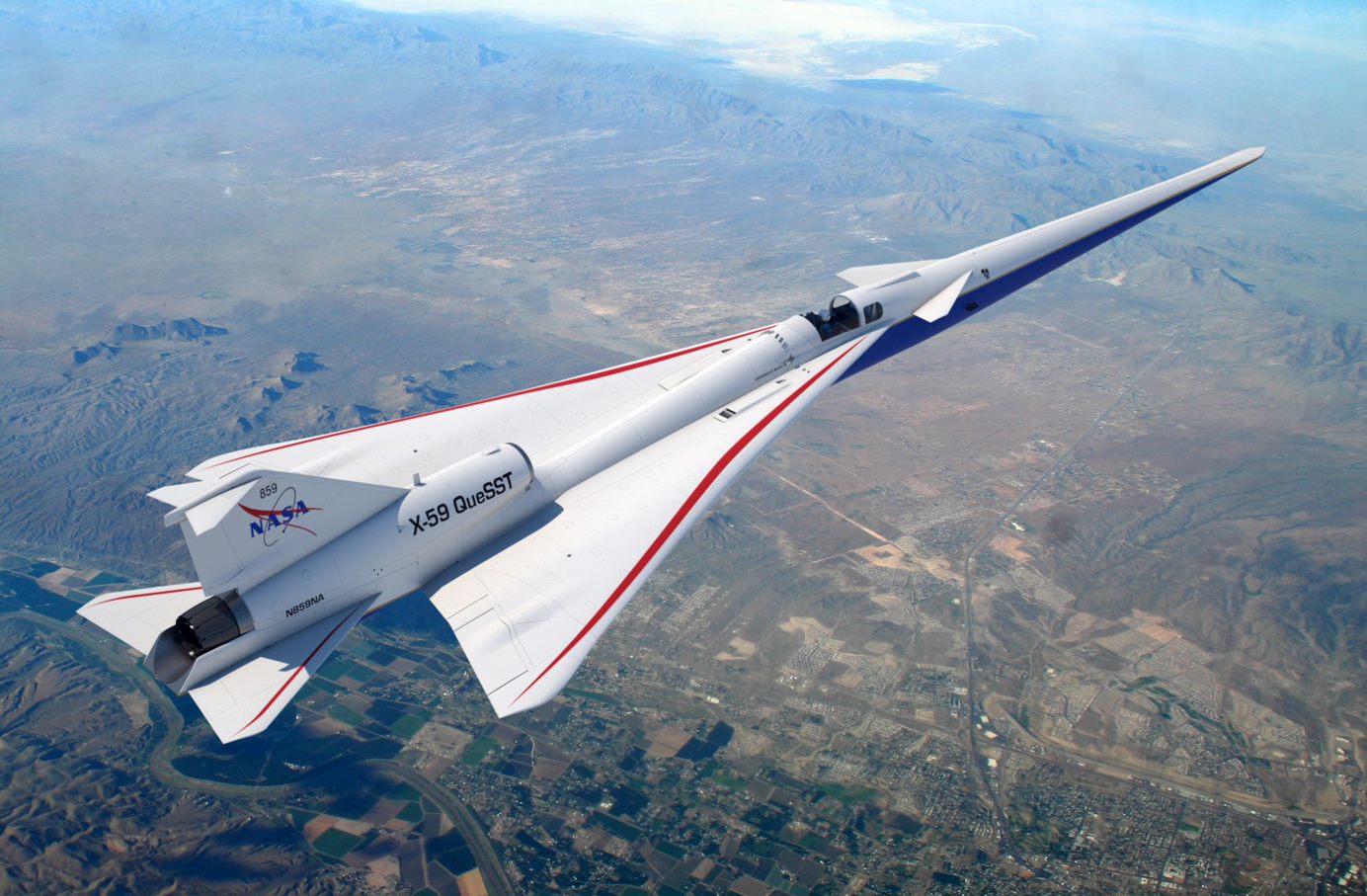 Nasa greenlit the project to be built by Lockheed Martin just last year.

The goal is to create a plane that can cruise at Mach 1.42 speeds, with a sonic boom one-thousand times quieter than previous supersonic aircraft.

It's been named X-59 QueSST by the US Air Force, and also has the potential to make supersonic passenger travel more viable.

Now a Lockheed Martin representative has told Space.com that the X-59 is due to be complete this year. 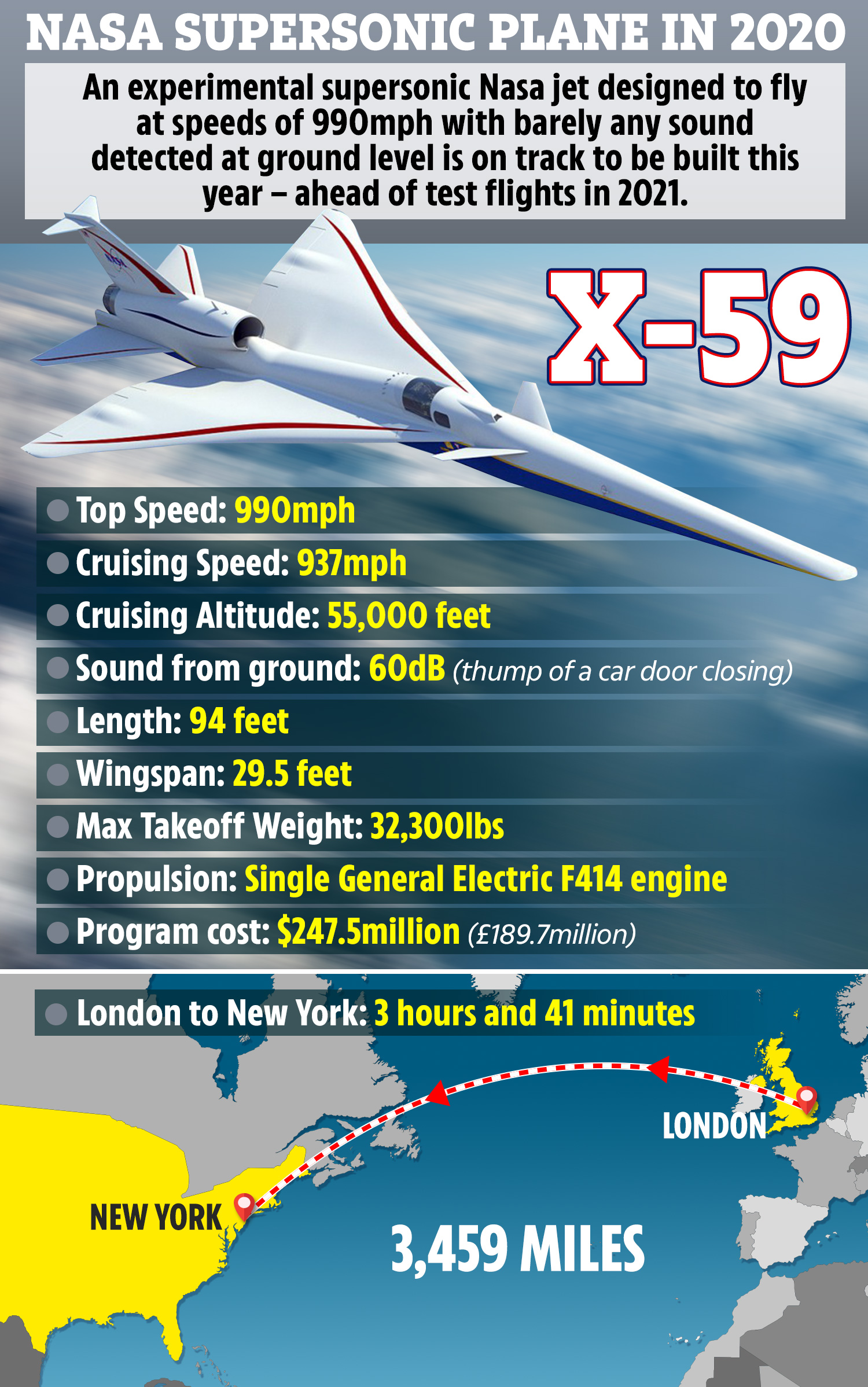 "It's moving very fast on the shop floor in terms of manufacturing and production," a Lockheed Martin rep told Space.com

The aviation giant plans to assemble the aircraft, proof test the frame and trial other systems – before rolling it out for test-flights in 2021.

"So we believe, based on these models and simulations we've run, that it will achieve that low-boom sound once it reaches supersonic speeds."

The barrier for supersonic flight is 768mph – a speed known as Mach 1.

When flying at the speed, sound waves can't get out of the way fast enough, and so create an audio "wake".

This is known as a sonic boom, and is a loud and annoying giveaway that a supersonic plane is flying overhead. 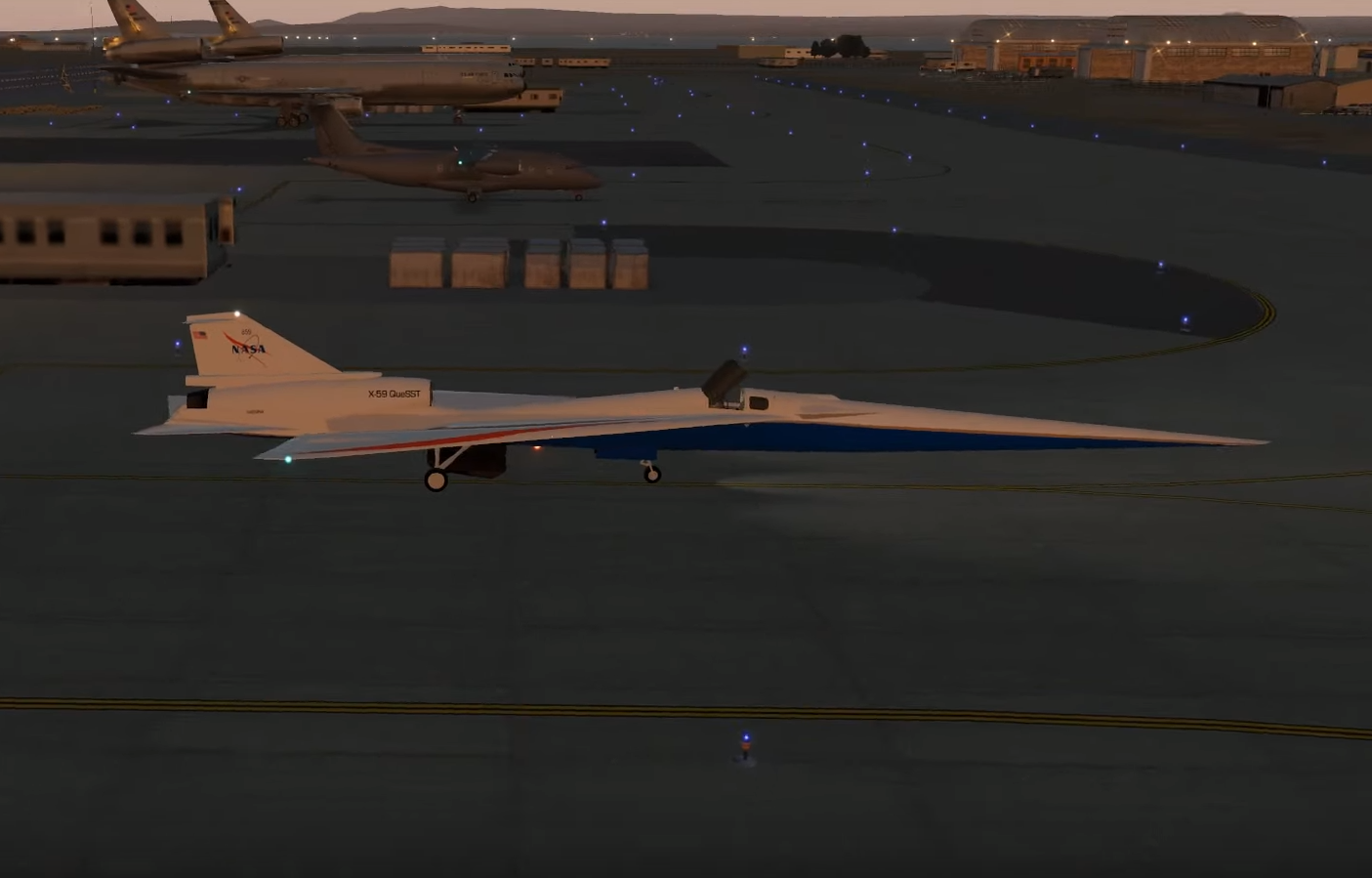 A Concorde's "perceived" sound was 110dB – which is thousands of times louder than the X-59's planned noise level.

Air experts hope the shape of the X-59 will max its sonic boom out at between 60dB and 75dB for people on the ground.

That "thump" is somewhere between a car door closing and the sound of a vacuum cleaner.

If successful, Nasa's design could be rolled out for commercial flights – or possibly even the US military.

Sonic boom – what is it? 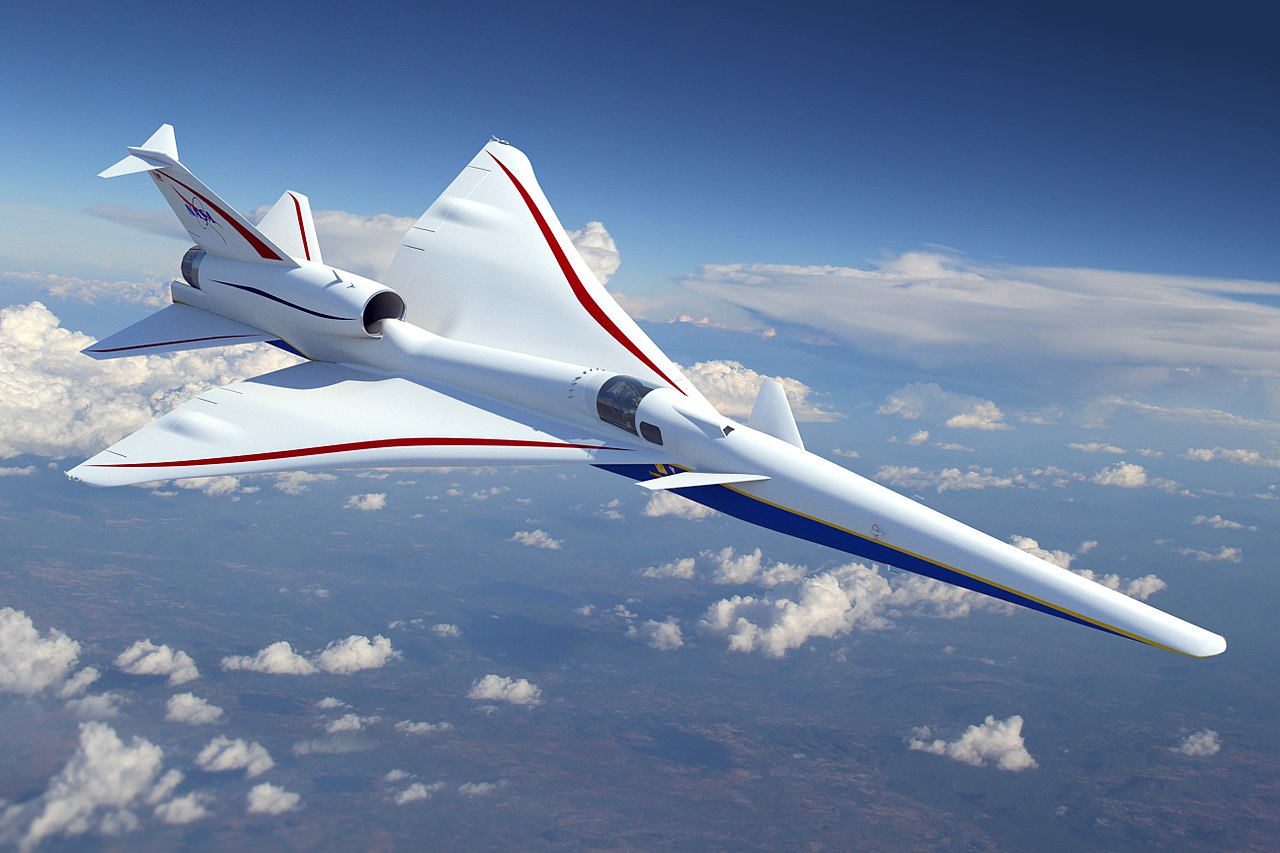 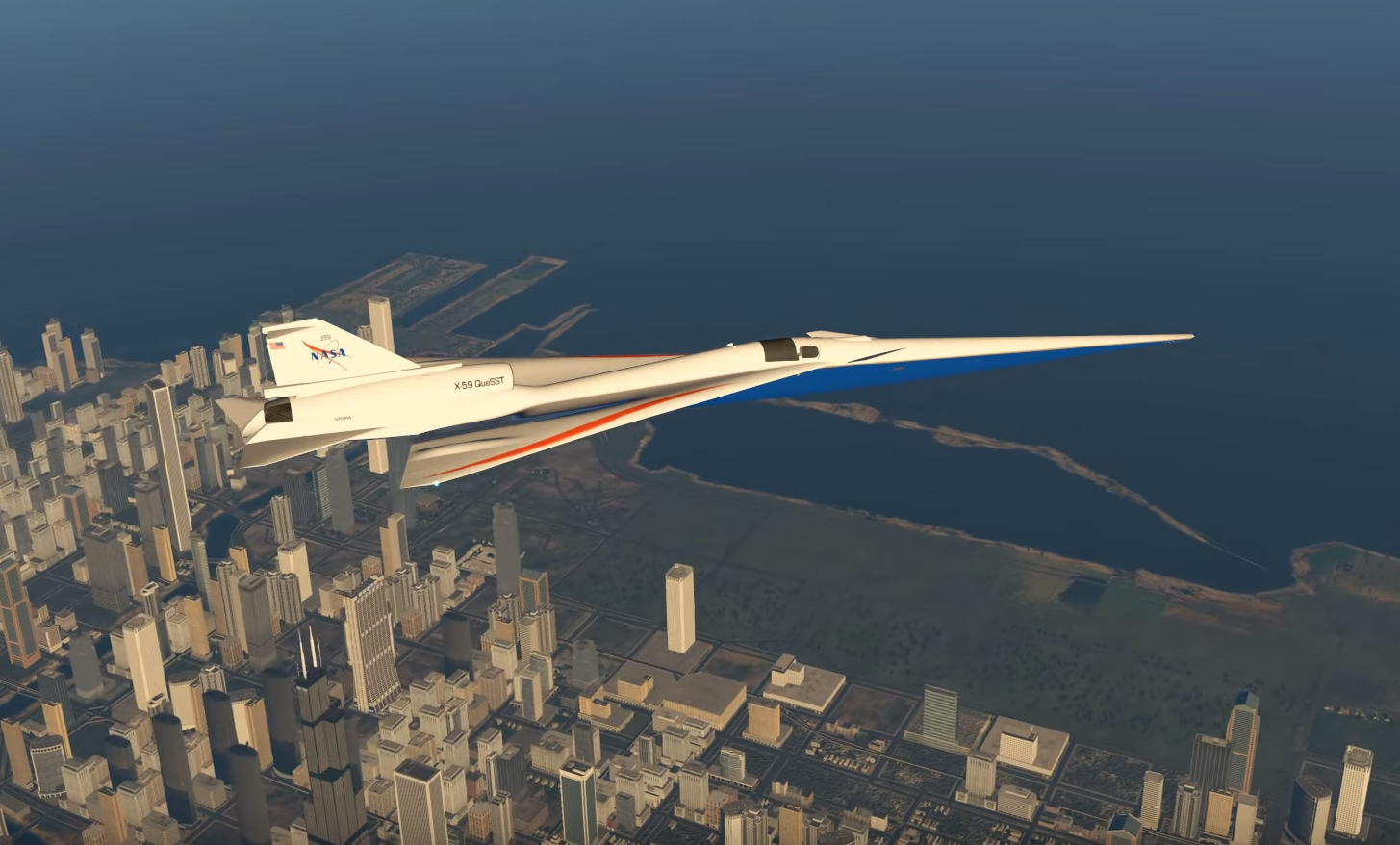 And the craft is expected to be 94 feet long with a wingspan of 29.5 feet.

The craft will be propelled by a single General Electric F414 engine, and will sport a 4K camera at the front for added visibility.

In other news, Nasa recently revealed a surreal photo of Earth taken from 4billion miles away.

A space rock shaped like a snowman that formed 4.6billion years ago may have sparked life on Earth.

A lost planet in our Solar System was gobbled up by Jupiter billions of years ago.

And, here are five times the world was supposed to end… but didn't.

What do you make of this sci-fi plane design? Let us know in the comments!

US, Iran recommit to indirect talks after sabotage attack on nuclear site

Raymond Arroyo: COVID Christmas — What 'The Spider Who Saved Christmas' story can teach us in 2020