NASA has revealed a stunning photo of Jupiter showing its 9,800 mile Great Red Spot along with a brand new storm.

Nasa's Hubble Space Telescope captured a close up image of the new storm when it was taking a shot of Jupiter and its icy moon Europa. 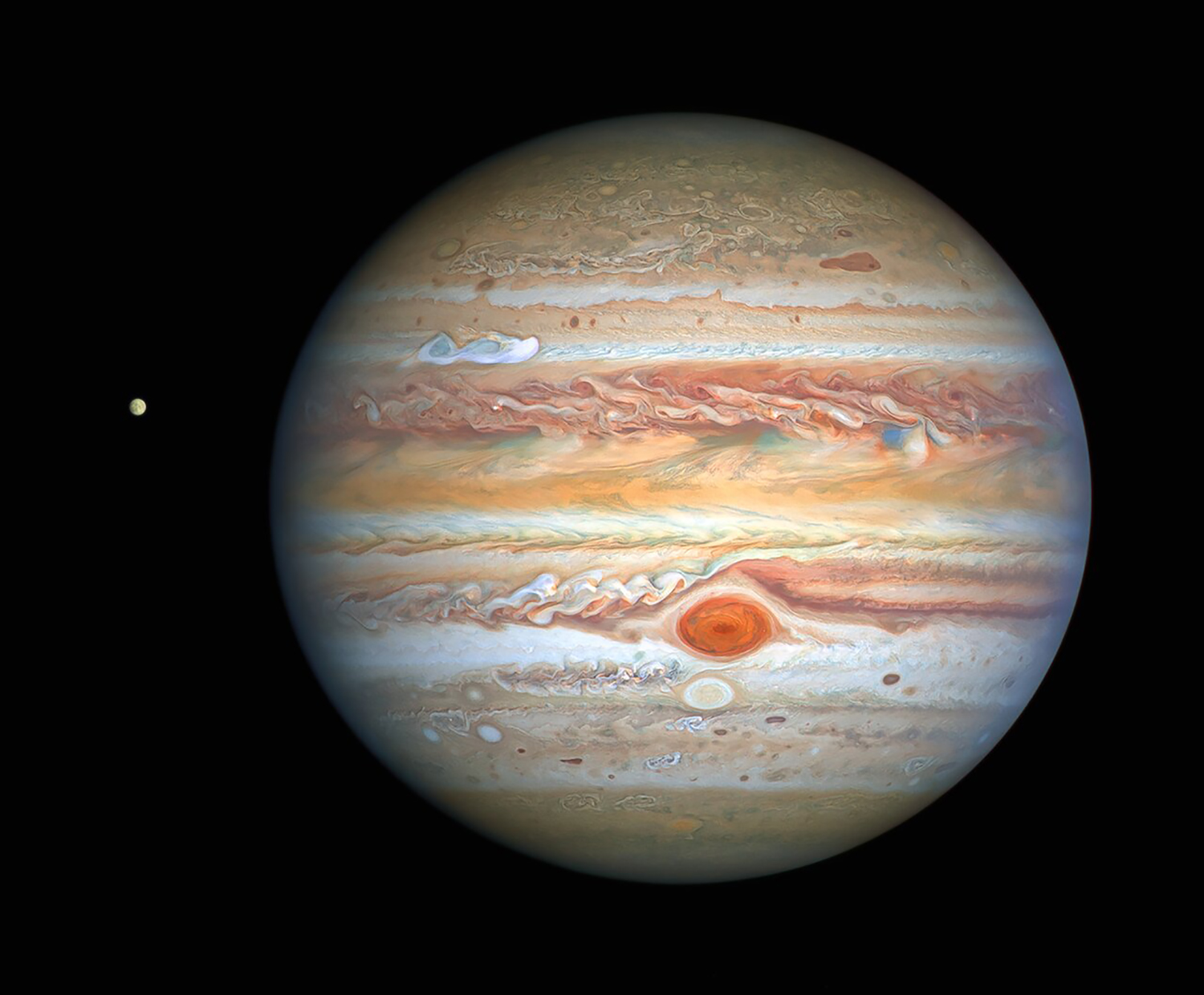 The newly spotted storm is a bright white wave to the upper left of the planet.

Storms come and go on Jupiter but this one is off particular interest because of its size and the fact it appears to feature two dark cyclones.

They appear to be rotating anticlockwise and haven't been observed on Jupiter before.

You can also see Jupiter's iconic Great Red Spot region on the zoomed out version of the photo.

The Great Red Spot is a storm itself.

It's one of Jupiter's most talked about features and spans 9,800 miles end to end.

In comparison, Earth has a diameter of around 8,000 miles.

Scientists are keeping an eye on the Great Red Spot because it's shrinking and they don't know why.

Nasa thinks the new storm and its cyclones are travelling across the surface at 350 miles per hour.

It's said to have erupted in August.

Nasa explained: "This latest image of Jupiter, taken by NASA’s Hubble Space Telescope on Aug. 25, 2020, was captured when the planet was 406 million miles from Earth.

"Hubble’s sharp view is giving researchers an updated weather report on the monster planet’s turbulent atmosphere, including a remarkable new storm brewing, and a cousin of the famous Great Red Spot region gearing up to change color – again.

"A unique and exciting detail of Hubble’s snapshot appears at mid-northern latitudes as a bright, white, stretched-out storm traveling around the planet at 350 miles per hour (560 kilometers per hour).

"This single plume erupted on Aug. 18, 2020 – and ground-based observers have discovered two more that appeared later at the same latitude."

How far away is Jupiter from Earth?

In other space news, Nasa could soon send a probe to Venus to study the atmosphere – hunting for alien life.

Acids may have destroyed any evidence of ancient life on Mars, according to a new study.

And, a Nasa has unveiled a new lunar lander that could put astronauts back on the Moon in 2024.

What do you make of the Jupiter storm image? Let us know in the comments…

Softbank funds tech giants. But they're not all successes