Foxtel will offer an ad-supported version of entertainment service Binge, in a move that emulates global streaming giant Netflix and other platforms that are looking at new ways to make money as subscriber growth slows.

The new tier, which will roll out some time in 2023, will offer brands the chance to integrate ads before and during programs such as House of Dragon, Euphoria and Succession. Foxtel said there would be no more than four minutes of ads per hour. 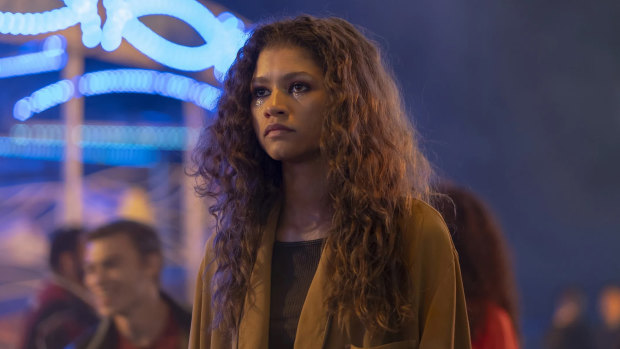 Advertisements will now run before and during episodes of shows such as Euphoria, which runs ad-free on Binge. Credit:HBO

“Opening up advertising on Binge is going to allow brands to appear alongside some truly world-class content and add immense scale to our network,” said Mark Frain, chief executive of Foxtel’s advertising arm.

“At the same time, we are being extremely careful about our offerings to ensure that we safeguard the watchability of Binge that our subscribers treasure, which will ultimately have great benefits for brands as well.”

Foxtel announced the plans at its 2023 television upfront, an annual event that showcases a network’s coming programs to potential advertisers. The group, which also owns Kayo Sports, said the ads would operate similarly to those on the sports service (which is run by the same technology as Binge). It will still have subscription tiers for those who do not want to watch ads. Foxtel declined to provide detail on how much the tier would cost, if anything, before deadline.

Binge has 1.3 million subscribers, according to the most recently disclosed figures. About 1.2 million of those are paying subscribers.

Foxtel’s decision to offer an advertising option for Binge is similar to other global streaming services that are trying to become less reliant on subscriber revenue as customer growth slows. Platforms such as Paramount – which owns Network Ten – and Amazon Prime Video are already using a hybrid model, while Disney has also announced plans for an ad-supported tier. Netflix confirmed plans to roll out its new product locally last week.

Nine boss Mike Sneesby did not rule out an advertising option for the company’s streaming service Stan when he spoke in May, but said free-to-air streaming service 9Now already hosted ads and the company wanted to differentiate the two platforms. Sneesby said that Nine (the owner of this masthead) had considered whether it could insert a component of Stan content on an ad-funded tier, while another option was to use the 15 million users across Nine to generate data for advertisers.

The announcement of Binge’s new tier was one of several made at the upfront including plans to air a second series of popular shows such as The White Lotus, And Just Like That and local productions drama Upright, featuring Tim Minchin and Milly Alock, and comedy series Colin from Accounts.

Foxtel is in the final stages of securing a major output deal with NBCUniversal, which produces content from Sky Studios, online streaming service Peacock and a back catalogue of programs such as Parks & Recreation and Brooklyn 99.