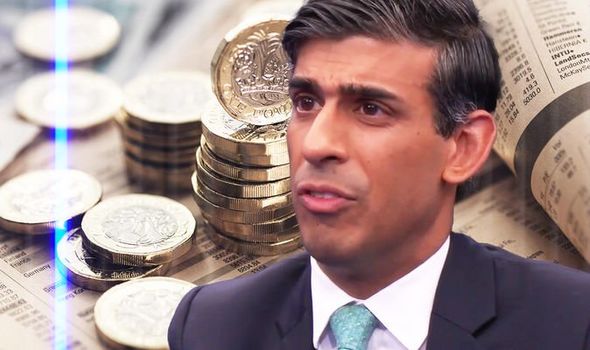 Silver Voices, a pressure group for the over-60s, found 96 percent of its members wanted the organisation to campaign for an election boycott of the Conservatives in response to threatened suspension of the “triple-lock” guarantee.

The organisation claimed the move will be the “last straw” after a series of financial blows to older citizens including the axing of free television licences for most pensioner households and the failure to overhaul the crumbling social care system.

Silver Voices director Dennis Reed said: “Our members come from all political persuasions, but we are united in our determination to defend the Triple Lock, which guarantees that pensioner poverty will be kept in check.

“There is a strong feeling that older voters are being taken for granted by the Government and that our pensions and benefits are being attacked to pay for the pandemic.

“The Government is skating on very thin ice already with its older supporters.

“If the Tories move to scrap or suspend the Triple Lock, the only strategy we will have left is to campaign against them at the next election.

“The UK is at the bottom of the league of all developed nations with our miserly state pension, and if the manifesto promise to keep the triple lock is broken, this will be the final straw for older voters.”

Mr Sunak signalled last month that the Government could temporarily suspend the Triple Lock to save the Treasury being hit with an extra £3billion a year bill.

The guarantee, enshrined in the last Tory general election manifesto, promises that the state pension will rise in line with either earnings or the Consumer Prices Index measure of inflation depending on which is highest and always by at least 2.5 percent.

But ministers fear sticking to the pledge this year could be excessively expensive because of an expected leap in earnings in the recovery from the Covid pandemic.

Millions of workers have returned to work from furlough in recent months, returning to full pay rather than the 80 percent salary permitted under the Treasury’s Job Retention Scheme.

Some economists have estimated average earnings could soar by up to 8.5 percent this year, forcing Mr Sunak to find an extra £3billion to honour the Triple Lock pledge at a time when Government coffers have been stripped by the multi-billion Covid support effort.

Following widespread concern about the move to suspend the Triple Lock among its members, Silver Voices carried out an online survey through SurveyMonkey on the issue.

The survey asked: “If the Government suspends or scraps the Triple Lock on state pensions, do you agree that Silver Voices should campaign for all older voters in the UK to deny the Conservatives their votes at the next election?”

A total of 1,356 Silver Voices members responded to the survey, with 96.46 percent backing the proposed campaign and 3.54 percent opposing the suggestion.

“To abandon the protection of state pensions against rises in earnings just because earnings are rising quickly when you’ve already got the lowest state pension in the developed world anyway is just wrong in my view,” she said.

“We need to make sure that pensioners are not going back to the bad old days when the link to earnings was removed and pensioners fell so far behind the rest of the population.”

But senior Tory MP Nigel Mills, chairman of the All-Party Parliamentary Group on Pensions, said: “Last year the Government gave pensioners a 2.5 percent pension increase while wage rises were negative across the economy.

“This year we could see a one-off wage increase of around six to eight per cent, which would be unsustainable.

“When the public finances are so stretched, such an increase would be unfair and could actually undermine the Triple Lock in the long term.

“I would like to see the Government deliver a two-year settlement of around five percent to smooth off the one-off, extreme effect of the pandemic that has distorted the calculation.”

In a series of interviews last month, Mr Sunak refused to say whether the Triple Lock guarantee would be honoured this year.

“The Triple Lock is the government’s policy but I very much recognise people’s concerns,” he said in response to concerns about the potential cost.

“I think they are completely legitimate and fair concerns to raise. We want to make sure the decisions we make and the systems we have are fair, both for pensioners and for taxpayers,” the Chancellor added.