Misra earned 1.61 billion yen ($15 million) in total compensation for the fiscal year that ended in March, more than double his pay a year earlier, SoftBank said in a regulatory filing on Friday. The vast majority of that package, nearly 1.42 billion yen ($13.2 million), was base pay, with the rest noted as “other” compensation.
Meanwhile, the Vision Fund suffered operating losses of 1.9 trillion yen ($17.7 billion) for the period. Grappling with business missteps and the fallout from the coronavirus pandemic, SoftBank had to write down the valuations of 47 companies in the fund, including startups like WeWork and Oyo.

Misra’s compensation package is “high,” and it’s “hard to see how it could be based on performance,” said Dan Baker, an analyst with research firm Morningstar. SoftBank did not immediately respond to a request for comment. 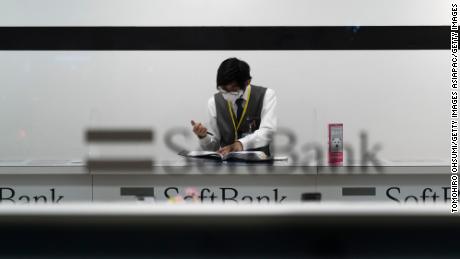 SoftBank founder Masayoshi Son said at an earnings presentation earlier this month that he expects around 15 of the Vision Fund’s 88 portfolio companies to go bankrupt.

Son earned 209 million yen ($1.9 million), a 9% pay cut compared to the previous year. Roughly 40% of that was paid out in stock options.
Even though Son’s pay is low in comparison to Misra and some of his other executives, he also owns a 22% stake in the company worth roughly $20 billion. Estimates of his net worth vary: Forbes pegs it at $23.4 billion, while Bloomberg lists a value of $15.1 billion.
The pay hike for Misra, who serves as chief executive officer of SoftBank Investment Advisers, comes as startups that raised billions of dollars from the Vision Fund are laying off thousands of workers. He was the company’s second-highest paid executive last year.

Marcelo Claure, SoftBank’s chief operating officer, took the top spot, earning 2.1 billion yen ($19.6 million). The former telecom carrier executive has been tasked with turning around WeWork. He also helped get the merger of T-Mobile (TMUS) and Sprint (S) across the finish line.
Executive salaries in Japan are generally lower than in the United States. A study in December from advisory firm Willis Towers Watson found median CEO pay in Japan was 156 million yen ($1.5 million) in 2018, compared to $13.7 million for CEOs in the United States.
Source: Read Full Article

The fast-food chicken sandwich wars have reached a new boiling point because of the pandemic, and every chain wants in on the cash grab