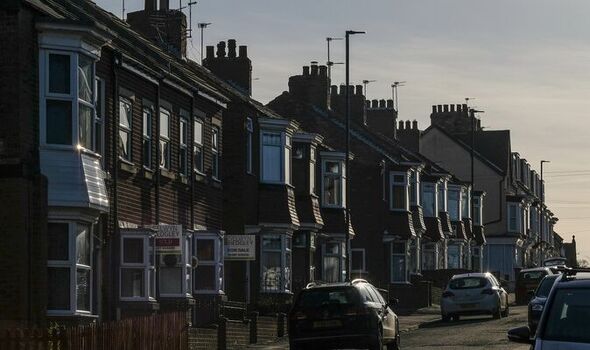 Across the UK, property values were up by 11.5 percent annually in August. A typical property now costs a record £294,260, Halifax said – but its report warned that “a more challenging period for house prices should be expected”.

“The typical house price reached another record high in August – as it has done in seven out of the eight months so far this year.

“However, the annual rate of growth dropped to 11.5 percent, from 11.8 percent in July, the lowest level in three months.

“While house prices have so far proved to be resilient in the face of growing economic uncertainty, industry surveys point towards cooling expectations across the majority of UK regions, as buyer demand eases, and other forward-looking indicators also imply a likely slowdown in market activity.”

“However this should be viewed in the context of the exceptional growth witnessed in recent years, with average house prices having increased by more than £30,000 over the last 12 months alone.”

Across Wales, house prices increased by 16.1 percent annually in August, marking the strongest level of growth since early 2005, Halifax said.

The South West of England also continues to record a strong rate of annual growth, with house prices up by 14.5 percent, with an average property value of £313,003.

The rate of annual growth in Northern Ireland stood at 12.5 percent, with a typical home now costing £185,505.

In London, the average house price has increased by 8.8 percent annually, marking the strongest growth there in more than six years.

Marc von Grundherr, director of estate agent Benham and Reeves said: “With the London market now starting to shift through the gears, this will only bolster the might of the property market further and bring an even greater boost to house prices over the coming months.”

Tom Bill, head of UK residential research at Knight Frank, said: “The supply of houses tightened over the summer as more people took a summer holiday for the first time in three years, which kept prices buoyant.

“We expect more properties to be listed in the coming weeks as we move from a seller’s towards a buyer’s market. Together with rising mortgage rates, this will increase downwards pressure on prices after they have appeared to defy gravity for so long.”

Alice Haine, personal finance analyst at Bestinvest, said: “Perhaps those suffering the most in this uncertain housing market are the renters, many of whom are not only facing higher household bills but also rent hikes as landlords look to pass on rising costs to their tenants.

“If they are saving for a deposit to buy their own home, they might have to accept they may be renting longer than planned as other financial considerations take priority – namely more expensive energy and food bills.”

Andrew Montlake, managing director of mortgage broker Coreco, said: “Higher mortgage rates and the immense pressure on household finances will almost certainly start to temper demand in the months ahead.”

Mark Harris, chief executive of mortgage broker SPF Private Clients, said: “There are still good deals to be had, although rising energy bills are impacting affordability calculations and lenders are broadening their policy for higher income households accordingly.”

Nicky Stevenson, managing director at estate agent Fine & Country, said: “The outlook for the housing market may depend on the stimulus measures currently being finalised by the new Prime Minister.”

How to watch the Brittany Murphy documentary

Winter Fuel Payment: Time is running out for eligible claimants to receive payment