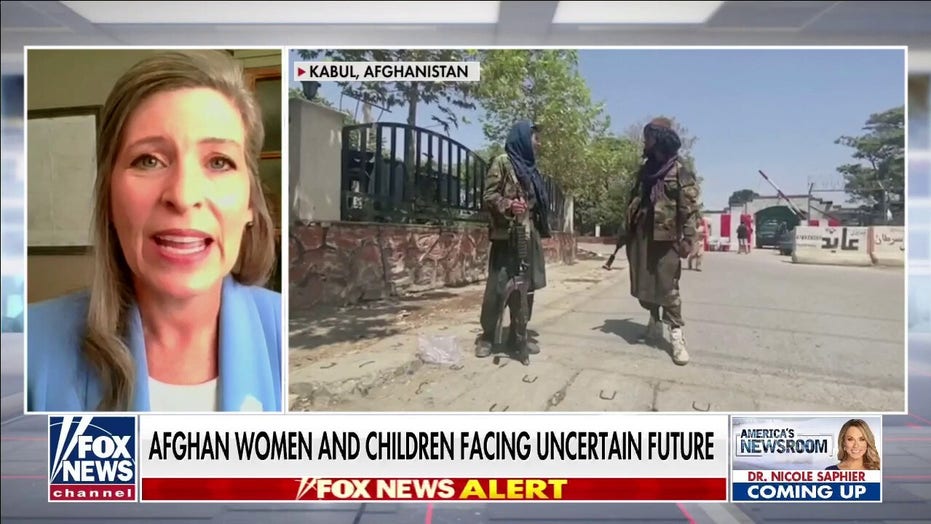 U.S. senators are sounding the alarm about the civil rights abuses of women and girls in Afghanistan after the Taliban took complete control of the country with astonishing speed following President Biden’s withdrawal of U.S. troops.

“Afghanistan has been handed over to the Taliban under Joe Biden’s rushed and mishandled withdrawal. Now, Afghan women and children are suffering the consequences,” Sen. Joni Ernst, R-Iowa, tweeted Tuesday morning. “Afghan women and girls who were just starting to enjoy their freedoms are again faced with oppression and subjugation by a ruthless Taliban regime.”

Ernst, the first female combat veteran elected to the Senate, shared an NBC News article published Sunday that quoted a provincial government official in Afghanistan saying women in the Taliban-controlled cities were already being treated “like prisoners” and that they “can’t go outside” of their homes.

Fawzia Koofi, a member of the Afghan delegation that was working to negotiate peace with the Taliban before the U.S. pullout, told NBC News that women in the country felt “betrayed” and that their futures appeared “dark.”

Under the Taliban’s former regime in the late 1990s, the hard-line Islamic militant group banned girls from attending school and women from appearing in public without full body coverings and male escorts. Violators of the laws faced public stonings, amputations and executions.

Now, in an effort to boost its image, the Taliban invited women to join its government in accordance with Islamic law. But reports from the ground paint a different picture. Reuters reported this week that women were being pulled from banking jobs and ordered into their homes, told only that male relatives could take their place.

Republican and Democratic U.S. senators are also painting a grim picture of the reality that Afghan women and girls now face.

“This has been a bright spot over the past 20 years where we have now seen women and younger girls going to school, becoming educated, being accepted into community, in leadership positions,” Ernst told Fox News on Monday. “And unfortunately now that we have handed the country over to the Taliban, we know that there are going to be tremendous civil rights abuses. There will be violations against these women and girls.”

Sen. Jeanne Shaheen, D-N.H., issued a statement Monday calling on the Biden administration to expand the refugee program for Afghan women, “whose lives are in jeopardy as the Taliban resumes control and turns back the clock on 20 years of progress for women’s rights. A failure to act now will seal their fate, and the generation of girls who grew up with freedoms, education and dreams of building their country’s future will die with them.”

The letter asks the administration to create a humanitarian parole category specifically for women leaders, activists, human rights defenders, parliamentarians, journalists and members of the Female Tactical Platoon of the Afghan Special Security Forces, and to streamline the paperwork process to facilitate referrals to allow for fast, humane and efficient relocation to the United States.

“We and our staff are receiving regular reports regarding the targeting, threatening, kidnapping, torturing and assassinations of women for their work defending and promoting democracy, equality, higher education and human rights. While we welcomed the expansion of the eligibility requirements for Special Immigrant Visas and the creation of the Priority 2 category in the U.S. Refugee Admissions Program, we must also protect those women who might fall through the cracks of the U.S. government’s response.”

Biden addressed the American people about the Afghanistan crisis Monday afternoon after avoiding cameras for several days and watching the crisis unfold from the Camp David presidential retreat. In his address, he said he “stands squarely behind” his decision to withdraw troops from the country.

Those statements came into question over the weekend with footage showing U.S. troops flying helicopters to the embassy in Kabul, rescuing diplomats as insurgents stormed the building. The Taliban claimed victory in the country on Monday.