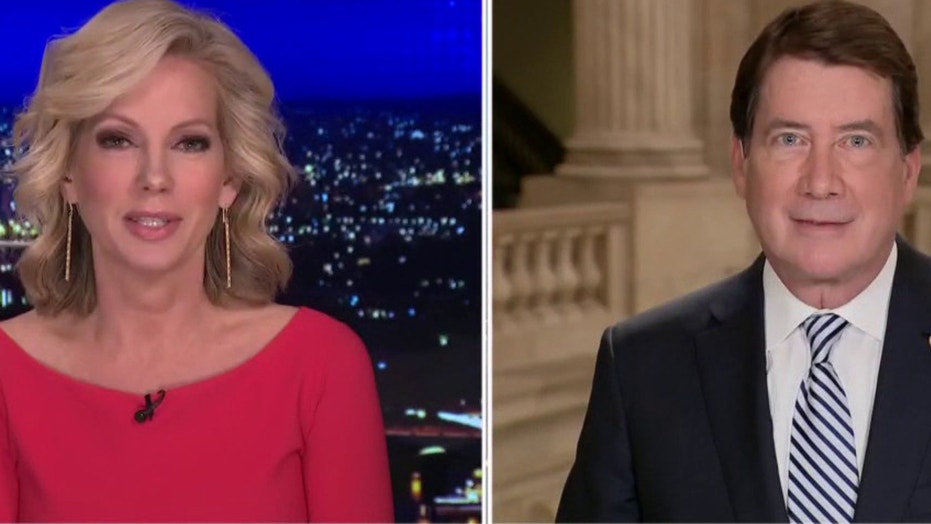 Hagerty: More pork in COVID bill ‘than all the BBQ joints in Tennessee’

The Senate on Saturday narrowly passed President Biden’s $1.9 trillion coronavirus relief plan following a marathon overnight session in a key vote that puts new stimulus checks and expanded unemployment checks one step closer to the pockets of the American public.

Following 27 hours of debate, delays and wrangling, Democrats pushed through the legislation in a party-line vote of 50-49. The legislation now heads back to the House for final approval before hitting Biden’s desk for his signature on what would be his first major legislative victory.

Democrats, who have the slimmest of majorities in the Senate, were united in passing the legislation that they say will help rescue the economy and end the coronavirus pandemic that has claimed more than 520,000 lives.

“The people are hurting, and today we respond,” Sen. Bernie Sanders, I-Vt., said prior to the vote.

Republicans said the legislation is too big and bloated.

“The Senate has never spent $2 trillion in a more haphazard way or through a less rigorous process,” GOP Leader Mitch McConnell, R-Ky., said before the vote.

The vote capped a sleepless and drama-filled overnight session.

The Senate has been in session for 27 hours straight as Democrats have been trying to push the landmark legislation over the finish line despite objections from Republicans who dubbed the bill a liberal wish list that does little to directly spend money on coronavirus.

Senate Majority Leader Chuck Schumer, D-N.Y., said senators were determined to “power through” Saturday to finish the bill that will deliver another round of $1,400 stimulus checks, extend $300-per-week unemployment benefits and offer more food and rental assistance to struggling Americans. 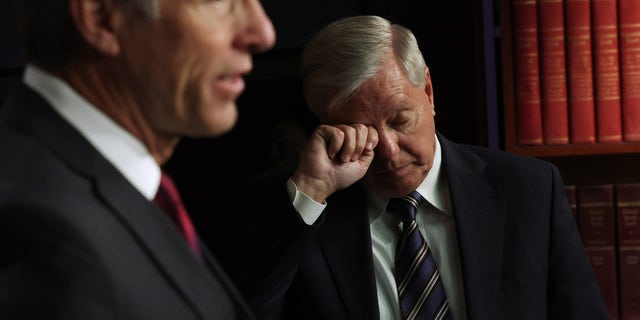 The road to passage has been marked by delays, long nights and a historic vote. The drama started on Thursday afternoon when Vice President Kamala Harris had to come to the rescue of Senate Democrats to cast a deciding 51st vote to open debate on the coronavirus relief bill.

But the debate on the bill was quickly scuttled by Sen. Ron Johnson, R-Wis., who requested the entire 628-page legislation be read aloud by the Senate clerks in advance of any discussion on the merits of the proposal.

That meant senate clerks spent the next 10 hours and 44 minutes reading the bill until 2:04 a.m. Friday.

Senators returned to work Friday morning to begin what is known as a “vote-a-rama” on a series of amendments to change the bill. But that effort was delayed by nearly 12 hours when Democrats needed to shore up votes for a key amendment on unemployment benefits.

Sen. Bernie Sanders, I-Vt. was the first to offer an amendment to raise the minimum wage to $15 an hour. The effort failed to pass, but the vote was kept open for a record-breaking 11 hours and 50 minutes in a major delay tactic, as Democrats were scrambling to secure support from Sen. Joe Manchin, D-W.Va., on the unemployment benefit change.

That long negotiation involved the White House and left the Senate at a standstill until shortly before 11 p.m. Friday.

With Manchin’s support secure, Democrats overnight approved an amendment by a 50-49 vote to update the terms of expanded unemployment insurance. Benefits would be lowered to $300 a week, compared to the House version of $400. The aid would extend through Sept. 6 — a bit longer than the Aug. 29 expiration in the House-passed bill. The first $10,200 of the jobless benefits would also be tax-free to households with incomes under $150,000

But the long night has been showing on tired-eyed senators. Some who normally don’t wear glasses, like GOP Sen. Rick Scott of Florida, were spotted in spectacles on the Senate floor Saturday morning.

Some senators were resting their faces in their hands on the Senate floor, with one Democrat even appearing to doze off in the chamber early Saturday morning. Some Republicans were spotted napping in the GOP cloakroom.

A couple of Republicans who walked into the Senate chamber afterward looked a bit disheveled as if they just woke up from a snooze.

Aside from rumpled hair, quite a few senators were seen loosening some of their ties and unbuttoning the top button of their shirts as the session wore on. Still, Republicans forged forward with offering a slew of amendments to try to curb spending and benefits in the bill — with little success.

Sen. Steve Daines, R-Mont., worked through the night without sleep, according to a spokesperson, as he prepared to offer amendments to support the Keystone XL pipeline and cut spending from the bill, including about $175 million in transit projects from California, New York and elsewhere.

Sen. Bill Hagerty, R-Tenn., also worked all night to secure a vote on his amendment to send the coronavirus bill back to committees. (It failed in a party-line 49-50 vote Saturday). He kept his staff fueled with Chick-fil-A for lunch on Friday and then started the Saturday stretch with bagels, according to his spokesperson.

Sen. Pat Toomey, R-Penn., caught a few minutes of sleep between votes. Food options overnight were pizza, chips, candy and caffeine. (Toomey keeps a candy drawer stocked up in the Senate chamber). But Saturday morning brought the relief of Chik-fil-A breakfast sandwiches and more caffeine, according to his spokesperson.

Harris was not needed for the final passage on the legislation Saturday. That’s because Republicans are down one vote after Sen. Dan Sullivan had to leave to go home to Alaska for the funeral of his father-in-law.

The legislation now heads back to the House for its approval. There’s been some concern from progressives there by the changes Senate Democrats made to lower the unemployment benefits from $400 to $300 and to limit the income eligibility for the $1,400 checks.

House Speaker Nancy Pelosi, D-Calif., can only afford to lose four votes and still send the bill to Biden’s desk for his first major legislative victory.