Sen. Tom Cotton, R-Ark., took to Twitter Sunday to call out what he identified as “fake news” after criticism after a newspaper interview where he spoke about the founding fathers and how they considered slavery a “necessary evil.”

Cotton was interviewed in the Arkansas Democrat-Gazette and spoke about a bill that he sponsored that seeks to deny federal funds to schools that incorporate the New York Times’ controversial ‘1619 Project’ into its teaching curriculum.

Cotton told the paper, “We have to study the history of slavery and its role and impact on the development of our country because otherwise we can’t understand our country. As the Founding Fathers said, it was the necessary evil upon which the union was built, but the union was built in a way, as Lincoln said, to put slavery on the course to its ultimate extinction.” 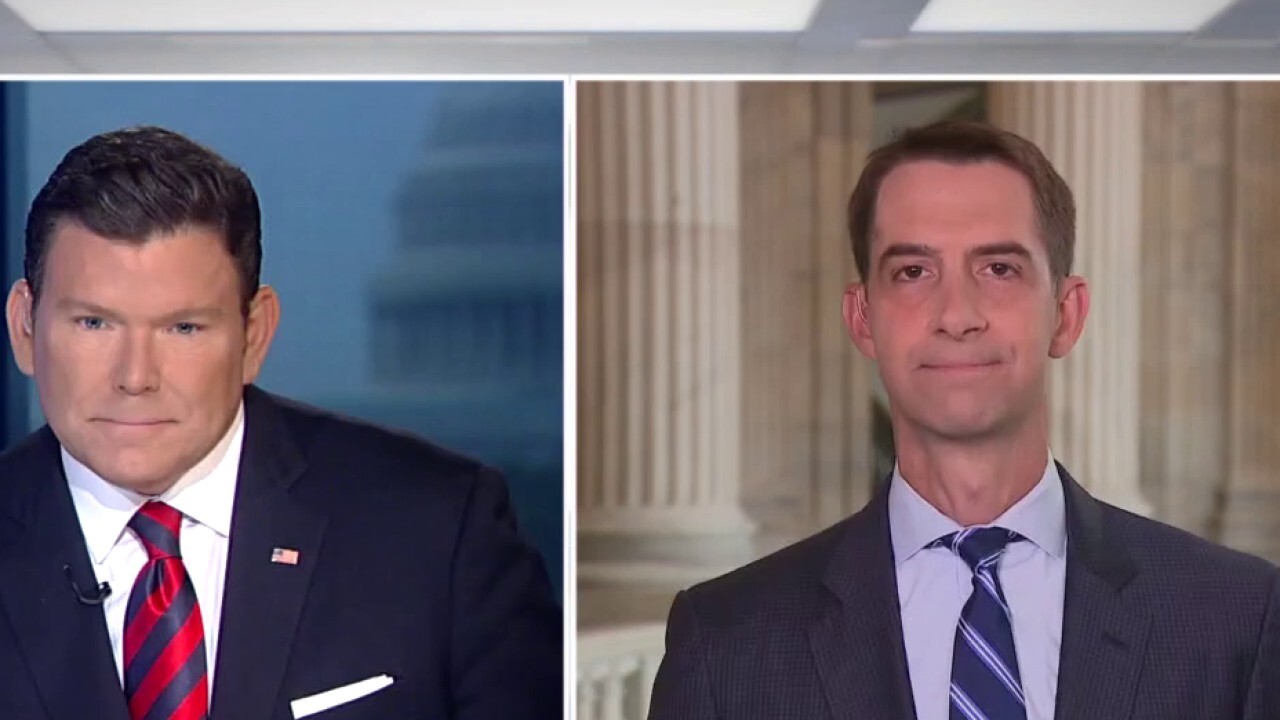 The quote was picked up by critics on social media who called out the senator for what they said appeared to a justification for slavery.

Cotton later took to Twitter in an attempt to clarify his remarks. He responded to Teagan Goddard, the publisher of Political Wire, who tweeted, “Cotton Says Slavery Was ‘Necessary Evil.”

Cotton called the tweet the “definition of fake news.”

“I said that *the Founders viewed slavery as a necessary evil* and described how they put the evil institution on the path to extinction, a point frequently made by Lincoln,” Cotton tweeted.

He also responded to Nikole Hannah-Jones, the New York Times correspondent who won the Pulitzer Prize for her essay in The 1619 Project, who wrote, “If chattel slavery—heritable, generational, permanent, race-based slavery where it was legal to rape, torture, and sell human beings for profit—were a “necessary evil” as @TomCottonAR says, it’s hard to imagine what cannot be justified if it is a means to an end.”

Cotton responded to her that “describing the *views of the Founders*” is not an endorsement or an attempt at justification. He continued, “No surprise that the 1619 Project can’t get facts right.”

Multiple historians have criticized the series of articles for multiple inaccuracies, including the argument that the American Revolution was fought not to achieve independence from Britain, but to preserve the institution of slavery.

In an earlier statement, Cotton called the project “a racially divisive, revisionist account of history that denies the noble principles of freedom and equality on which our nation was founded.”

“Not a single cent of federal funding should go to indoctrinate young Americans with this left-wing garbage,” he said.

World’s first 3D printed hypercar that costs £1.3million and has a top speed of 268mph – The Sun