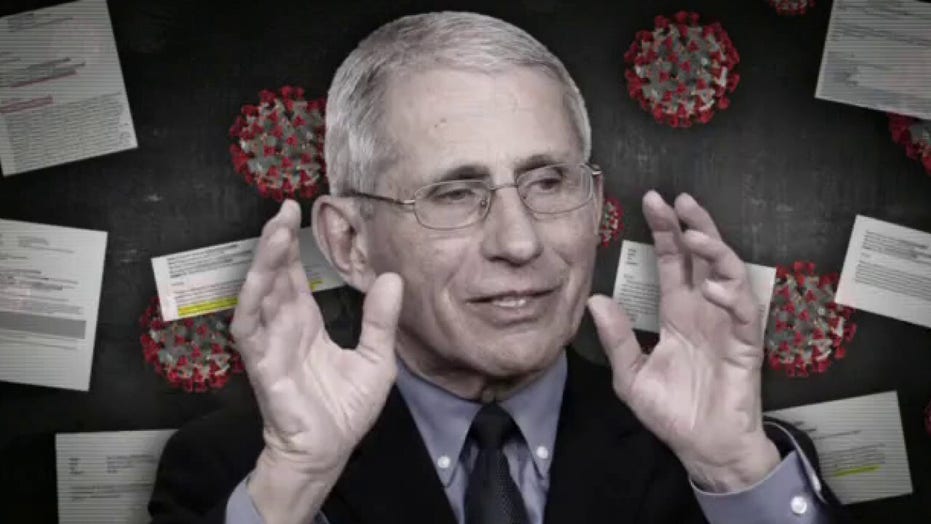 Florida Governor responds to released emails from Fauci: ‘it actually didn’t surprise me’

Sen. Josh Hawley, R-Mo., called on top government epidemiologist Anthony Fauci to resign from his post amid revelations about emails Fauci sent early in the coronavirus pandemic. He also called for a congressional inquiry into the virus’ origins.

“Anthony Fauci’s recently released emails and investigative reporting about #COVID19 origins are shocking,” Hawley tweeted Friday, adding: “The time has come for Fauci to resign and for a full congressional investigation into the origins of #COVID19 – and into any and all efforts to prevent a full accounting.”

“The public deserves to know if persons within the US govt tried to stop a full investigation into #COVID origins, as recently reported,” the Missouri Republican continued. “And Congress must also find out to what extent Fauci’s NIAID was involved in financing research at the Wuhan Institute of Virology.”

Other emails, however, indicated that the possibility the COVID-19 virus leaked from a Chinese lab was raised to Fauci, who is the director of the National Institute for Allergy and Infectious Diseases, as early as January 2020, and that he and some other reputable scientists took the possibility seriously.

Nevertheless, Fauci, other public health experts and many in the media were strongly dismissing the possibility that the virus leaked from a lab, even as Fox News reported in April 2020 that at least some in the U.S. intelligence community believed a lab leak to be more likely than other theories.

The expert who raised lab leak concerns to Fauci on Jan. 31, Kristian G. Andersen, later said that he is quite sure the virus was not artificially altered after looking at the “data.”

Also sparking outrage against Fauci are two other sets of emails, including one in which Fauci tells his deputy, Hugh Auchincloss, to read a paper about “SARS Gain of function.”

“The paper you sent me says the experiments were performed before the gain of function pause but have since been reviewed and approved by NIH,” Auchincloss said in an email to Fauci. “Not sure what that means since Emily is sure that no Coronavirus work has gone through the P3 framework. She will try to determine if we have any distant ties to this work abroad.”

That’s being interpreted by some to indicate that Fauci and those close to him were concerned that his agency – which has indeed funded research at the Wuhan Institute of Virology – may have indirectly funded experiments on coronaviruses that may have led to the creation and accidental release of the COVID-19 virus.

“It seems like he was very troubled early on that there was gain of function. He’s like ‘What, is gain of function still going on? I thought we paused it.’ He seemed unclear about whether or not the gain-of-function research, how it got started again in Wuhan,” Paul said on the “Tom Roten Morning Show“ Wednesday. “And I think he was very concerned – although he doesn’t say it in the email – concerned that he continued to fund it through NIH even though there weren’t doing gain of function.”

Some are also upset about correspondence between Fauci and a man named Peter Daszak. Daszak’s organization EcoHealth received millions in grants from the National Institutes of Health (NIH), including a $600,000 grant from Fauci’s agency, the National Institute of Allergy and Infectious Diseases (NIAID) that it later paid to the Wuhan Institute of Virology to study the risk that bat coronaviruses could infect humans.

“I just wanted to say a personal thank you on behalf of our staff and collaborators, for publicly standing up and stating that the scientific evidence supports a natural origin for COVID-19 from a bat-to-human spillover, not a lab release from the Wuhan Institute of Virology,” Daszak said in an email. Fauci replied: “Many thanks for your kind note.”

Daszak was also notably on the World Health Organization team that investigated the Wuhan Institute of Virology earlier this year, an inquiry that’s been panned even by the Biden White House as lacking transparency.

“These emails show that Dr. Fauci coordinated with one of the Wuhan Lab’s funders to cover-up the plausible notion that the virus could have come from inside the lab. Dr. Fauci needs to stop playing games and answer questions about his role in funding the very lab that may have unleashed this pandemic on the world,” Sen. Tom Cotton, R-Ark., said in a statement to Fox News Wednesday.

“It’s all so incestuous,” Paul added on the Tom Roten Morning Show.

The White House, which has elevated Fauci’s role to a top adviser to President Biden, meanwhile, is standing by Fauci amid the fallout from his emails.

“The President and the administration feel that Dr. Fauci has played an incredible role in getting the pandemic under control, being a voice to the public throughout the course of this pandemic,” Press Secretary Jen Psaki said Thursday when asked if the emails changed the White House’s confidence in Fauci. “And, again, I would reiterate a lot of these emails are from 17 months ago or more, certainly predating this administration, but some time ago in — as we look to history.”

William McGurn: Eric Swalwell and Hunter Biden are only the tip of the Chinese influence iceberg