The Self-Employment Income Support Scheme (SEISS) provides taxable grants to eligible self-employed claimants. Applications are currently open for the fourth SEISS grant, but the claims portal is expected to close at the end of May. There will be a fifth SEISS grant available later in 2021, but there will be some changes to the amount the grant is worth that people should be aware of before applying.

How much will the fifth self-employed grant be worth?

To date, very few details about the fifth instalment of SEISS have been released yet.

However, it has been confirmed that the fifth grant will cover May to September 2021.

The Chancellor also confirmed how much the fifth grant will be worth when announcing the Budget in March. 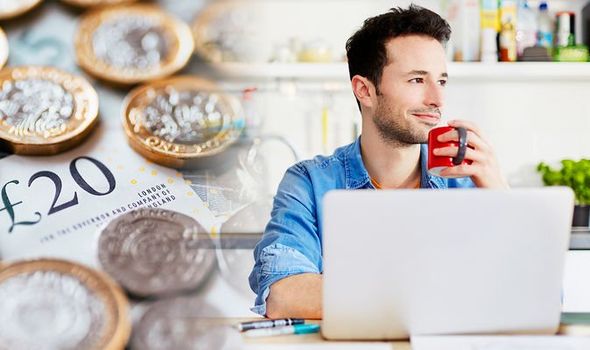 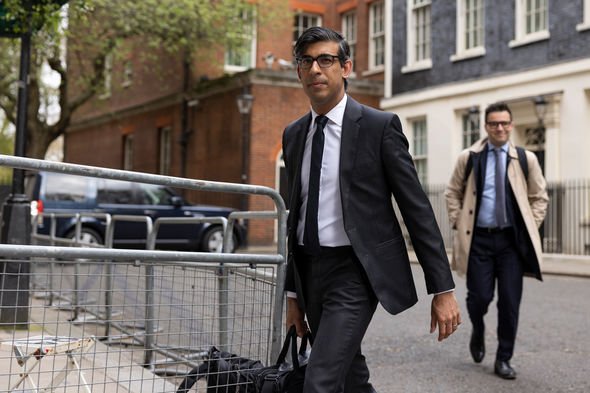 The fourth SEISS grant is currently worth 80 percent of average monthly trading profits, capped at £7,500 in total.

Rishi Sunak said the fifth grant will be worth 80 percent of average monthly trading profits for people who have seen a drop in turnover of 30 percent or more.

Like the fourth grant, the fifth grant worth 80 percent will be capped at £7,500 in total and it will be subject to tax.

However, the fifth grant will be worth significantly less for people whose turnover has decreased by less than 30 percent. 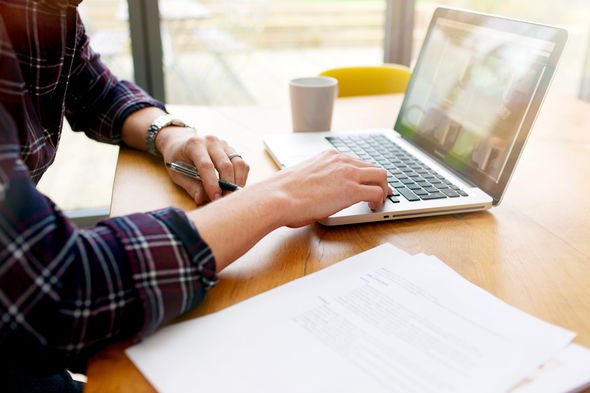 Mr Sunak told MPs: “People whose turnover has fallen by less than 30 percent will therefore have less need of taxpayer support and will receive a 30 percent grant.”

This is the first time an SEISS grant will differ its offering based on the individual claimant’s turnover.

The grant is subject to Income Tax and self-employed National Insurance contributions and it must be reported on the Self Assessment tax return. 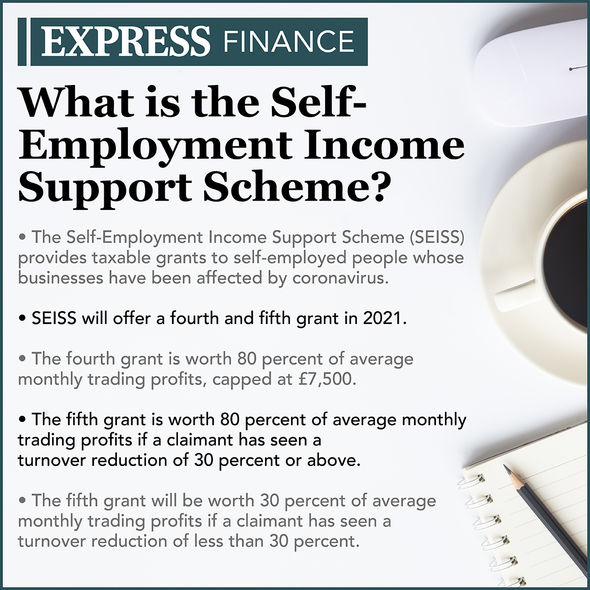 When will applications open for the fifth self-employed grant?

The exact date for when applications will open for SEISS grant five has not been announced.

However, claimants can expect to be able to make their claims around late July, which is several weeks after the claim period begins for the fifth grant.

The Government webpage for SEISS currently states: “Guidance on how to claim the fifth grant will be provided in due course.”

As has been the case for the previous four grants, people are likely to have to make their fifth grant claims via the Government website.

To claim the fourth grant, claimants need to have the following information to make a claim: