OUMUAMUA, the first interstellar object to be spotted in our Solar System, has left us with more questions than answers.

Scientists are proposing a 22 year mission to the reddish cigar shaped object, which some people labelled an 'alien probe' when it was first discovered. 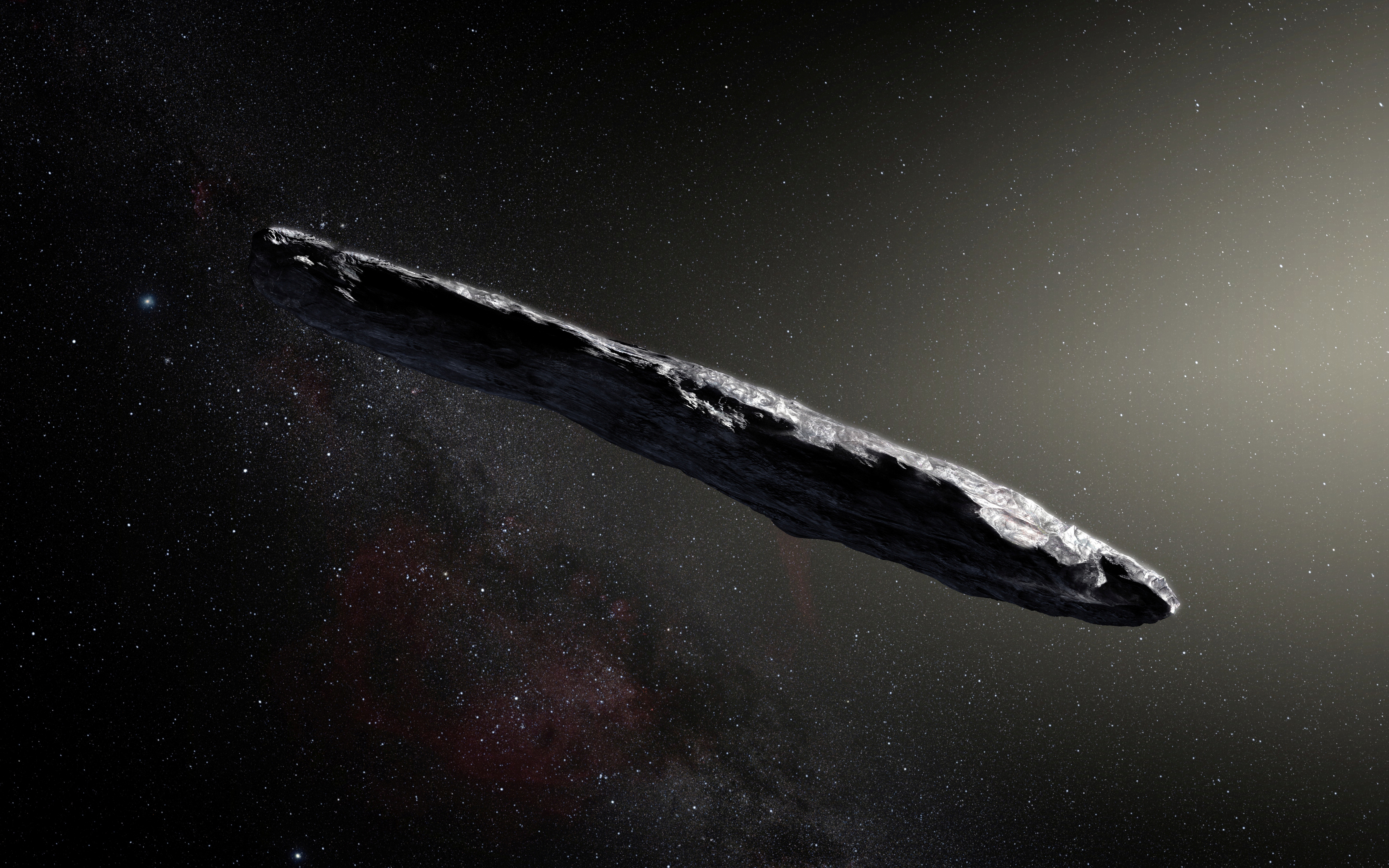 Oumuamua was first spotted in 2017 and left researchers wondering how such an odd interstellar object entered our inner Solar System.

It moves too fast to be an asteroid and has no debris trail like normal comets.

Theories of what it could be range from a piece of an exoplanet to an alien spaceship.

The object is still in our Solar System but it's now out of range of all our telescopes.

A new study has outlined a mission called Project Lyra, which would send a probe to Oumuamua and solve some of its mysteries.

The researchers wrote: "To settle the question of the nature of the interstellar object 1I/'Oumuamua requires in-situ observations via a spacecraft, as the object is already out of range of existing telescopes."

They recommend a mission that launches in February 2028 and reaches Oumuamua somewhere between 2050 to 2054.

The mission would require a special manoeuvre around Jupiter so that the spacecraft's engines could increase its acceleration into deep space.

Other similar missions have been proposed in the past but they've not included this Jupiter approach.

The researchers stressed the importance of finding out more about Oumuamua in their paper.

They said: "Theories to explain the nature of 1I/’Oumuamua have included a fractal dust aggregate, a hydrogen iceberg, a nitrogen iceberg, an alien solar sail, fragments of a tidally disrupted planet, and so on.

"All explanations have one feature in common—they are extraordinary."

Last year, a different study suggested Oumuamua is likely a hydrogen iceberg that emerged from a cloud of deep space gas.

Before this, a pair of Harvard scientists suggested the long and thin object was a spacecraft, sparking a frantic flurry of scans by astronomers as it flew by.

Experts found no signs of alien signals, and eventually concluded that the space guest could be a new type of comet or asteroid.

In March 2021, another study proposed that Oumuamua is a piece of an exoplanet similar to Pluto.

In other news, China has built an 'artificial moon' to train its astronauts for future missions.

A huge asteroid was captured in eerie footage as it shot past Earth this week.

And, here’s why pilots think 5G could be ‘catastrophic’ for airplanes.

'They're letting the fox into the hen house': How Bezos sold books to start his empire