SBS employees have voted against freezing salary increases for six months despite a request by the federal government earlier this year.

The ABC and SBS were among the tax-payer funded agencies asked by the Australian Public Service Commissioner in April to freeze pay increases in an attempt to "share the economic burden" of the coronavirus pandemic. While several organisations implemented the freeze, the request has now been knocked back by staff at both government-funded broadcasters. 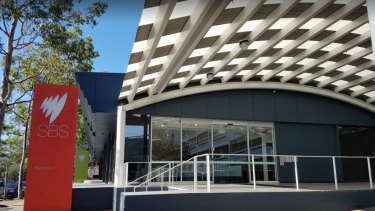 Staff at SBS have voted against a six-month pay freeze.

An SBS spokesman said 73 per cent of employees voted against deferring pay rises by six months earlier this week. SBS staff received a 2 per cent pay rise when a new enterprise agreement came into effect earlier this year and are expected to receive another increase next February.

The rejection of a pay freeze by SBS follows a similar decision by ABC employees in September, who voted to receive their 2 per cent rise last month. About 80 per cent of ABC staff voted against the pause despite multiple requests by Communications Minister Paul Fletcher to implement it as a gesture of solidarity with the local media sector.

Commercial media companies were under immense financial pressure earlier this year because of sharp falls in advertising spending caused by the pandemic crisis. News Corp Australia and Seven West Media were among several major media companies to axe hundreds of jobs while others, such as Southern Cross Austereo, were forced to renegotiate deals with their banking lenders. SBS is government-funded, but is partially reliant on advertising and has also suffered from weak market conditions.

The APS Commissioner advised agencies in early April that the government had imposed a six-month pause on wage increases for employees at some point in the next 12 months. However SBS and the ABC are independent and do not have the same ability to alter employee conditions. But unlike the ABC, the government can instruct the SBS Board to vote on the decision.

Industry sources said earlier this year that SBS was trying to work out ways to avoid the pause through alternative cost-cutting measures.

While staff at both organisations have rejected the request, executives at SBS and ABC have made changes to their salaries. ABC managing director David Anderson took a 5 per cent pay cut from April until the end of September while SBS temporarily paused general wage increases for staff who weren't covered by the enterprise agreement, including managing director James Taylor. That pause came into effect until July 1.

SBS' annual report reveals management did not receive any bonuses. However, one employee received a $113,000 bonus while two others received bonuses of more than $80,000.

Money saving: Warning as one in 10 over 55s dip into their pension early due to COVID-19

In 2018, Nikola said it had never spent a single dollar of its customer deposits. A leaked document reveals the company planned the opposite two years earlier.