Sen. Bernie Sanders, I-Vt., urged his colleagues to see the Russia-Ukraine situation from the side of the Kremlin, noting that just as the U.S. seeks to protect its interests in the West, Russia may only be looking to do the same in its part of the world.

On the Senate floor Thursday afternoon, Sanders and Sen. Dick Durbin, D-Ill., argued over how the U.S. should deal with the current state of affairs. Sanders said that to reach a diplomatic solution, the U.S. would best be served by understanding where Vladimir Putin is coming from.

“I only ask my friend from Illinois to put himself into the mindset of Russians,” Sanders said.

The Vermont senator recalled that, under the Monroe Doctrine, the U.S. has overthrown Latin American and Caribbean governments “to protect our so-called interests.” He asked that if the U.S. has a right to do this, “there would be an uproar in this chamber perhaps from you and me as well if Mexico, an independent nation, decided to form a military alliance with China or Russia.” 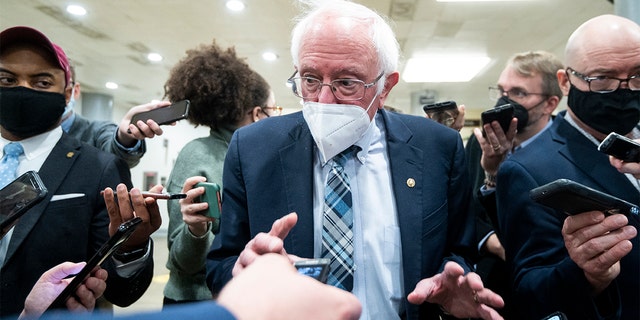 Earlier, Sanders acknowledged that it may not be popular to consider an adversary’s perspectives, but he asserted that it was important for reaching a diplomatic solution.

Elaborating on this, Sanders said that the notion of Ukraine having a relationship with the U.S. and the perceived possibility of Ukraine joining NATO could be threatening to Russia.

“Vladimir Putin may be a liar and a demagogue, but it is hypocritical for the United States to insist that we as a nation do not accept the principle of spheres of influence.” Sanders argued.

Durbin objected to this, arguing that past U.S. actions do not provide a reason to let Putin do whatever he wants.

“I don’t understand this theory of yours that somehow Vladimir Putin is entitled to a sphere of influence or control,” Durbin said. “That, to me, is unacceptable and inconsistent with the notion of Ukrainian sovereignty.

“There is a way that he can find a more peaceful situation in the world,” Durbin continued, “and it’s if he’ll stop being a thug and stop sending his troops to borders of countries.”

Russian President Vladimir Putin gestures while speaking to the media during a joint news conference with Hungary’s Prime Minister Viktor Orban following their talks in the Kremlin in Moscow, Russia, Feb. 1, 2022.
(Yuri Kochetkov/Pool Photo via AP)

Sanders doubled down on his argument that Americans should see things through Russia’s eyes, going so far as to give validation to some of Putin’s possible concerns.

“Should we not put ourselves a little bit in Russia’s position in understanding that if we consider Latin America, Central America, the Caribbean within our sphere of influence – the right to intervene – that Russia itself might have some legitimate concerns about military forces five miles from their border?” Sanders asked. 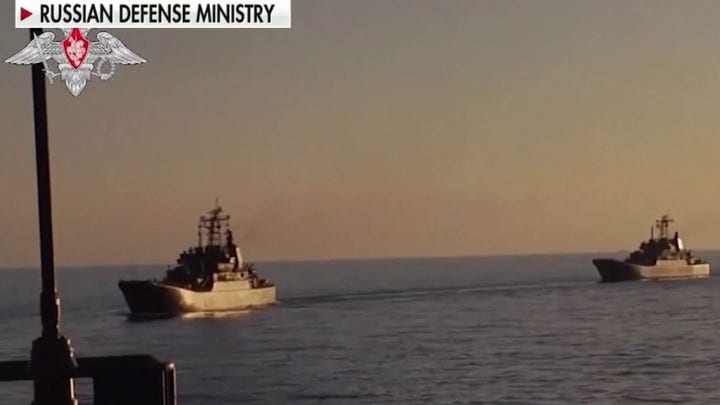 The self-described democratic socialist had earlier urged his colleagues and the Biden administration to avoid any kind of conflict, stating that not only would war have its obvious costs, but that sanctions could have unintended negative impacts in the U.S. and around the world.

Durbin said he shares Sanders’ feeling about not wanting war but insisted that Putin’s “strong-arm tactics” require an American response.