More than 17 months after Special Counsel Robert Mueller submitted his report on Russian interference in the 2016 election, allegations of President Trump hoping for help from Russia in an election are back.

"They're going to put it in writing now instead of giving an oral briefing. That doesn't make any sense unless the goal is not to allow members of Congress, the representatives of the American people, to ask questions," Schiff told CNN's "State of the Union" on Sunday.

"Concealing the truth is concealing Russians are again intervening to help the president in his reelection," Schiff said. 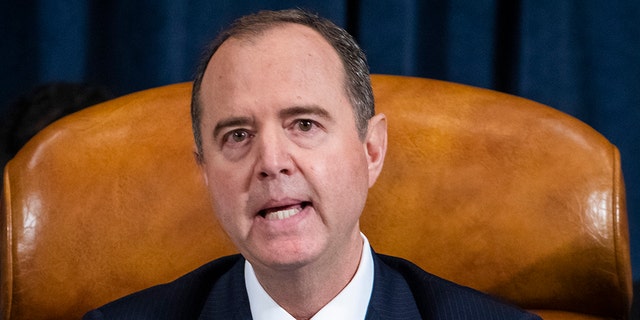 Other critics of ODNI's decision were quick to say the Trump administration is playing into Russia's hands.

"It just reinforces the pass that Putin is getting for this kind of behavior. He, of all people, is going to push the envelope," former DNI James Clapper told CNN on Saturday. "When you consider Putin's background here, you know, trained KGB officer who knows how to use his intelligence tools and does so very aggressively. … Now he sees that the director of national intelligence apparently has been muzzled, at least partially, in describing his efforts."

Democratic presidential nominee Joe Biden accused President Trump of "hoping Vladimir Putin will once more boost his candidacy and cover his horrific failures to lead our country through the multiple crises we are facing."

"And he does not want the American people to know the steps Vladimir Putin is taking to help Trump get reelected," Biden said in a statement.

An Office of the Director of National Intelligence (ODNI) official told Fox News the office is concerned about "unauthorized disclosures of sensitive information following recent briefings" — in other words, leaks.

In a "Sunday Morning Futures" interview, Ratcliffe alleged that members of Congress had leaked classified information "within minutes" after the end of recent briefings.

"Within minutes of one of those briefings ending, a number of members of Congress went to a number of different outlets and leaked classified information for political purposes," Ratcliffe told "Sunday Mornings Futures."

"Probably Shifty Schiff, but others also, LEAK information to the Fake News," Trump wrote on Twitter. "No matter what or who it is about, including China, these deranged lowlifes like the Russia, Russia, Russia narrative. Plays better for them. DNI Ratcliffe doing a great job!"

Schiff responded to the president's claims on Sunday.

"I haven't, my staff hasn't, I can't speak for what all the members of the committee have done or not done, including a lot of the Republican members," he told CNN.

“Divulging access to classified information in order to employ it as a political weapon is not only an abuse, it is a serious federal crime with potentially severe consequences on our national security," Rubio said in a statement. "This situation we now face is due, in no small part, to the willingness of some to commit federal crimes for the purpose of advancing their electoral aims." 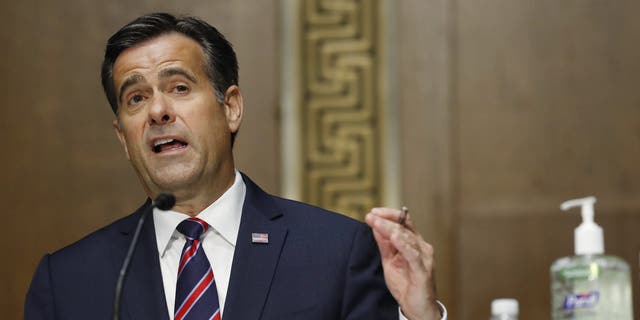 Ratcliffe told lawmakers on Friday that the intelligence community has provided "more than 60 defensive briefings and election security updates to the U.S. Congress, including many not required by law" and more than a dozen in the last month.

"While many of these engagements and products have been successful and productive, others have been less so," he wrote in the letter.

He said that going forward, his office "will primarily meet its obligation to keep Congress fully and currently informed leading into the presidential election through written finished intelligence products." He wrote that it would better protect sources and methods, while ensuring that it reflects "the highest analytic standards."